COVID-19 cases on the rise again in Buffalo, Dawson County 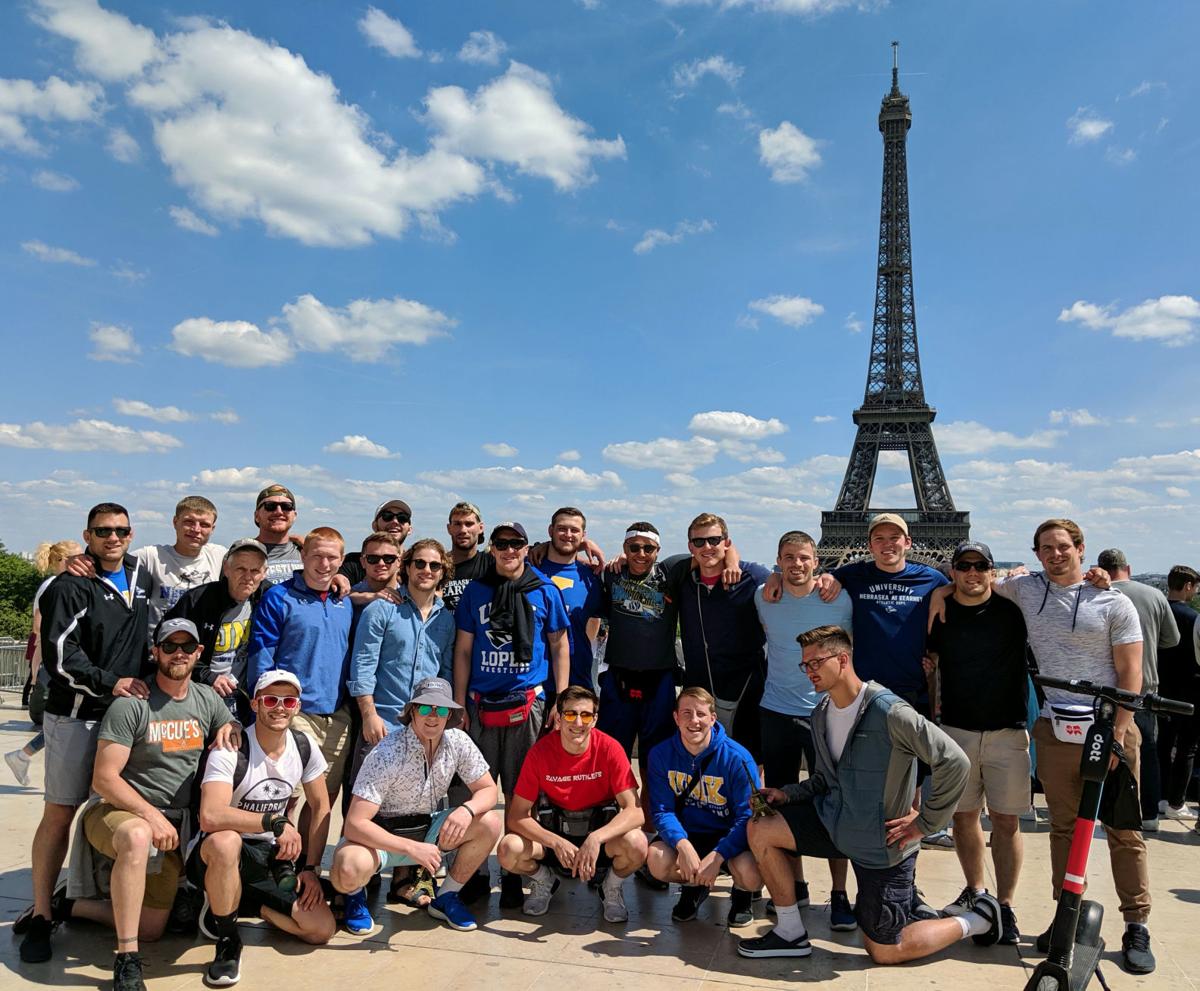 Members of the UNK wrestling program pose for a photo near the Eiffel Tower while visiting Paris. Loper wrestlers, coaches and alumni spent a day in Paris before flying to Athens during a recent international trip. 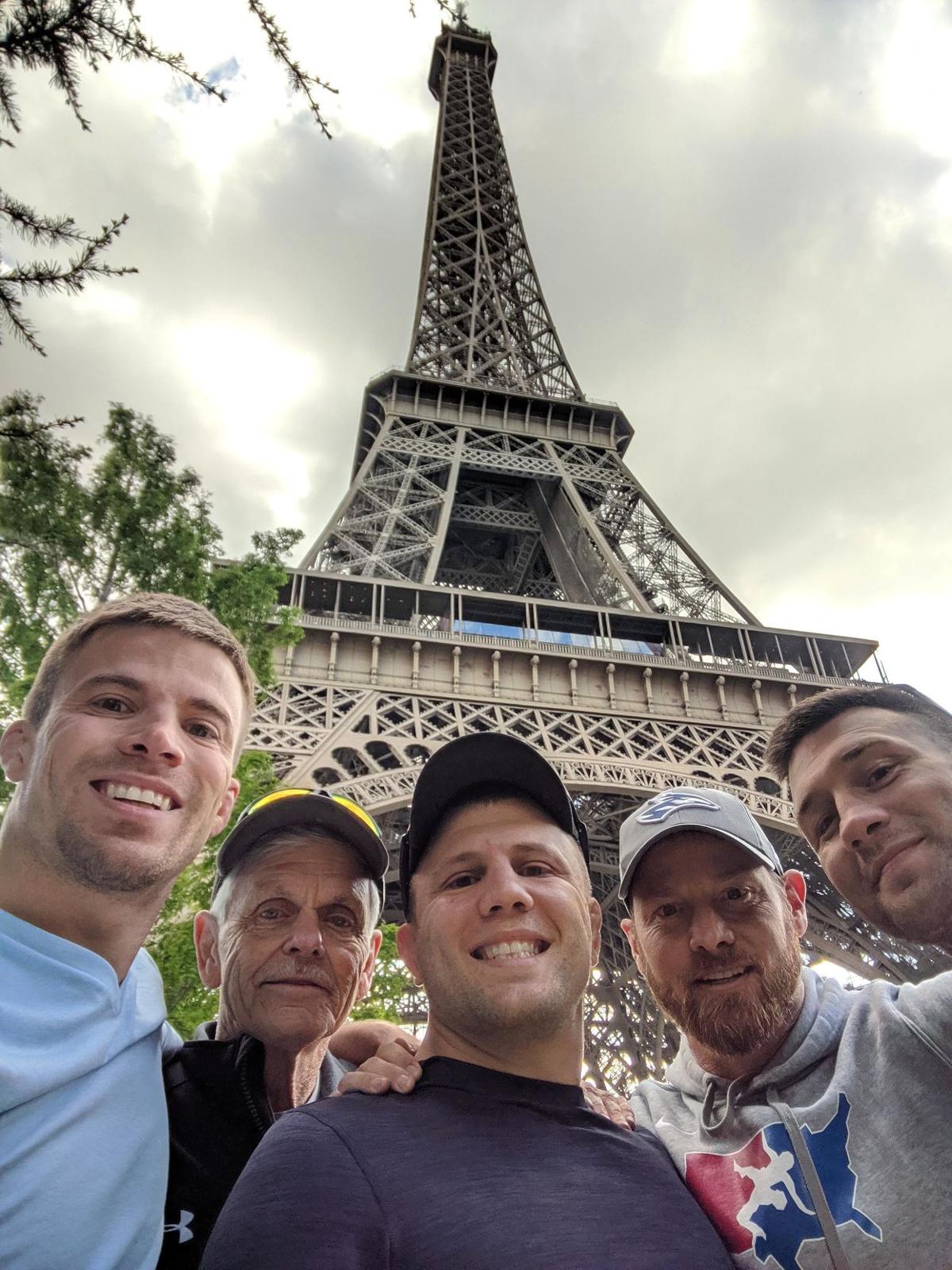 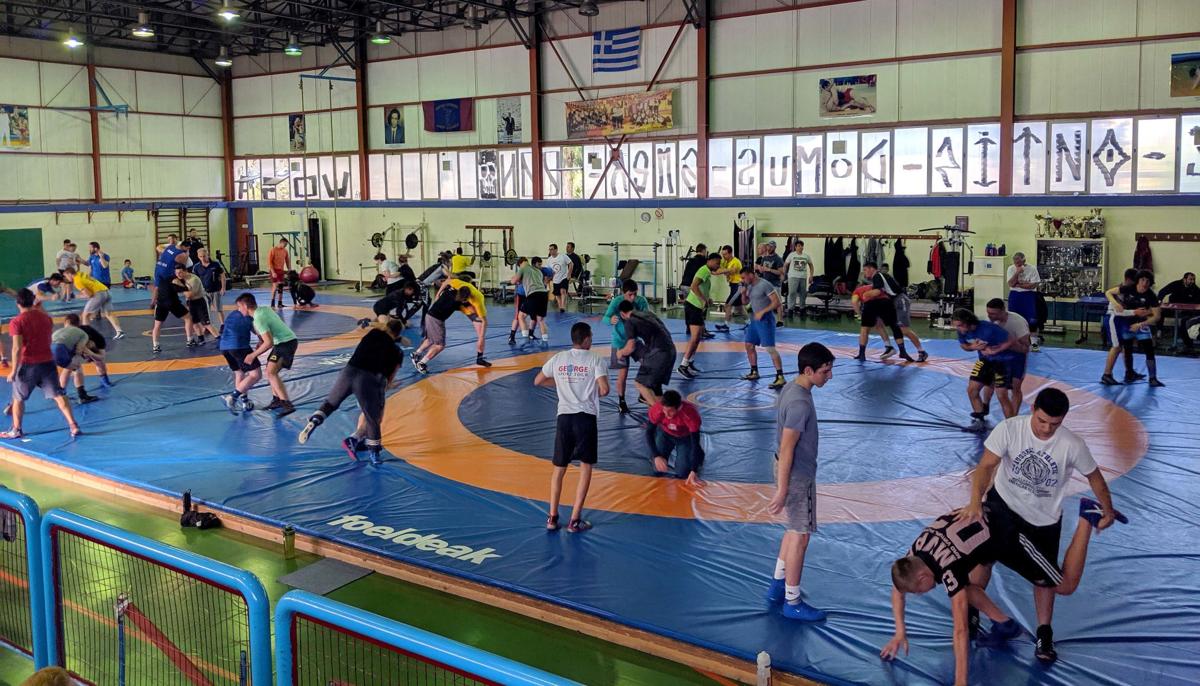 Loper wrestlers train with Atlas Kallitheas, the top wrestling club in Athens, during their recent trip to Greece. 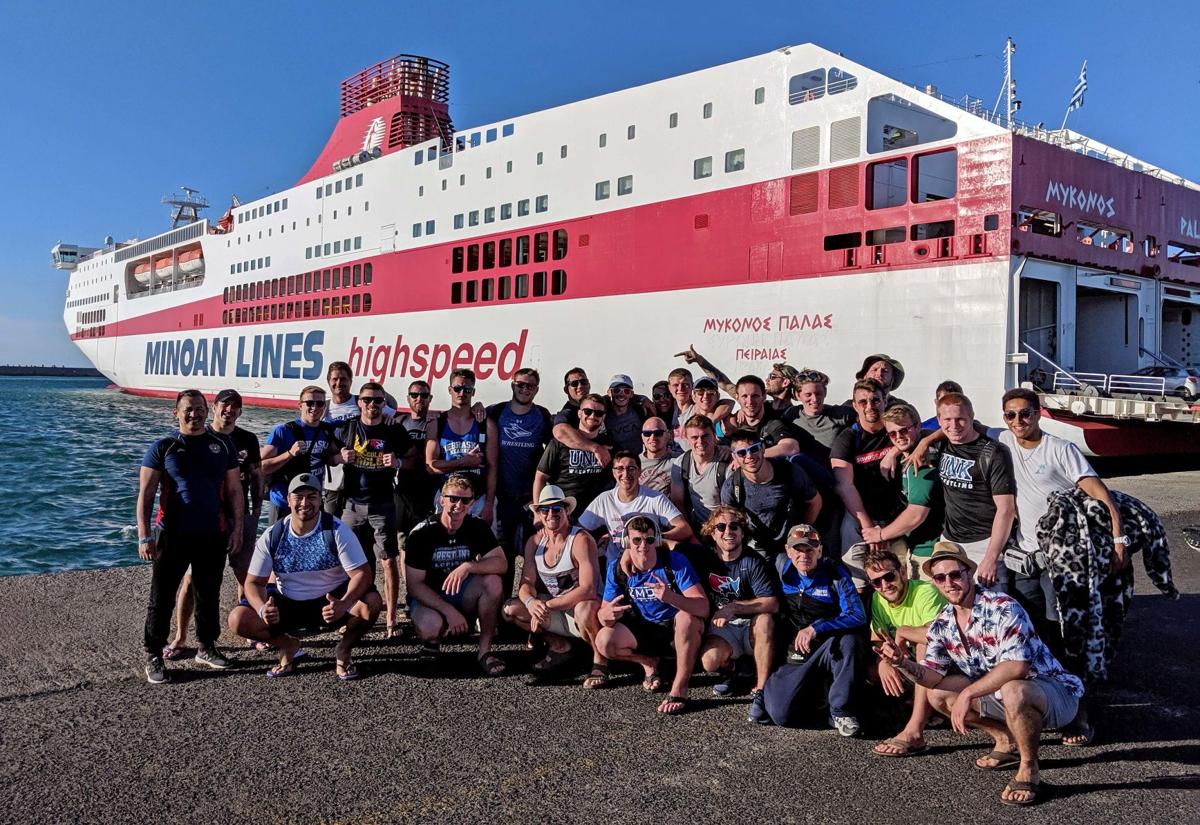 UNK wrestlers, coaches and alumni take a photo near the ferry that transported them from Athens to Crete.

Members of the UNK wrestling program pose for a photo near the Eiffel Tower while visiting Paris. Loper wrestlers, coaches and alumni spent a day in Paris before flying to Athens during a recent international trip.

Loper wrestlers train with Atlas Kallitheas, the top wrestling club in Athens, during their recent trip to Greece.

UNK wrestlers, coaches and alumni take a photo near the ferry that transported them from Athens to Crete.

“People travel all the time, but how often do you get to travel with 30 of your best friends?” said Andrew Sorenson, an assistant coach for the University of Nebraska at Kearney wrestling team.

Thirty-three members of the UNK wrestling program, including four coaches and a few alumni, got that opportunity this summer when they spent 10 days in Paris, Athens and Heraklion, Crete.

Bauer, the former head wrestling coach at UNK and current athletic director, organized the first international trip in 2003, when the Lopers visited France and Bulgaria. Since then the UNK wrestling team has traveled abroad every four years with stops in Germany, Iceland, Turkey and China.

The wrestlers use fundraisers and personal contributions to pay for the expenses without tapping athletic department funds.

“These guys may never get to travel overseas, but wrestling presented that opportunity,” UNK head wrestling coach Dalton Jensen said. “Hopefully now, they’ll continue to travel on their own.”

The trips are a cultural experience and team-building exercise for the Lopers, who gain exposure to international wrestling and training.

“Overseas they wrestle a little bit different,” said Teontae Wilson, a freshman from Kearney. “I feel like they’re stronger and have different techniques. In the U.S., it’s more about scrambling.”

UNK student-athletes trained with Atlas Kallitheas, the top wrestling club in Athens, as well as wrestlers from Russia, Germany, Moldova and Argentina, including medalists from the Pan-American Championships. The Lopers worked with a separate club in Crete, where they grappled on the beach.

“It was as awesome as it sounds,” redshirt junior JD Rader said of the beach wrestling. “Random people were sitting at the bar watching us try to throw each other on our heads.”

In Athens, the wrestling featured a tournament-style event with United World Wrestling officials, spectators and athletes from multiple clubs and the Greek national team.

“The Greek people were very appreciative that we were there and could help boost their club,” Rader said.

Andrew Demos, a redshirt freshman from Lake Villa, Ill., called the trip a “reality check” while describing the condition of the Athens training facility, which was covered in graffiti and lacked many of the amenities UNK offers.

“We have what they would probably consider world-class weightlifting here and they have one dumbbell rack and one squat rack, and they make it by with that,” Demos said.

“We were able to see how great we have it,” added Matt Malcom, a redshirt sophomore from Glenwood, Iowa. “They don’t have enough money to travel and wrestle the best guys in their country. We can travel all year through the college season and other events.”

Despite their differences, the wrestlers bonded over the sport they love.

“Even with the language barrier, wrestling is wrestling,” Sorenson said. “It’s amazing how those guys could communicate and have one thing that brings them all together, even though they grew up so differently.”

The trip wasn’t all about wrestling. There also was plenty of time for sightseeing.

The UNK wrestlers and coaches spent one day in Paris, where they visited the Eiffel Tower, Arc de Triomphe, Sacré-Coeur Basilica and other attractions before flying to Athens.

The Parthenon, Acropolis, Panathenaic Stadium — home of the first modern Olympic Games — National Garden, Roman Agora, Theatre of Dionysus and Mount Lycabettus were among the destinations in Athens.

“It was cool to be in a place so old, with so much history, that is still so magnificent,” said Rader, who ran into a classmate from his high school in Jewell, Iowa, while visiting the Acropolis.

In Crete — about an eight-hour ferry ride from Athens — the UNK contingent checked out Knossos, St. Titus Church, Koules fortress and Paliokastro beach, where the bravest members gave cliff diving a try.

They walked about 10 miles each day while exploring the cities, but that didn’t faze the weight-conscious wrestlers dining on a cuisine heavy in breads and pastas.

“We didn’t eat one meal without any carbs,” Malcom said. “There were carbs galore.”

After 12 days together, including the 27-hour journey from Athens to Kearney, the UNK wrestlers returned home with lifelong memories and a bond so strong it even surprised them.

“It brought us all together,” said Malcom. “Usually when you’re with guys that closely for that long of time you kind of get sick of them. But I feel like we all had more fun as the days went on.”

This story was published in the Hub's UNK Today: Loper Lineup special section.

UNK graduate Tervel Dlagnev was awarded the bronze medal from the 2012 Olympic Games when the IOC stripped heavyweight champion wrestler Artur Taymazov of Uzbekistan got the gold medal for a failed drug test. Taymazov had beaten Dlagnev in the semifinals.