Subscribe
Read Today's E-Edition
Share This
Living up to her part of the promise, Ferrell delivers game-winning hit; Huskers are in the Big Ten tourney final
0 Comments
Share this

After the third out in the top of the seventh inning of a tied ballgame on Friday afternoon, Liv Ferrell had a message for her teammates: "We're not going back out there" to play defense.

Wanting to end the game in seven, Ferrell lived up to her part of the promise, delivering a walk-off hit in the bottom half of the inning to lift the Nebraska softball team to a 2-1 win against Ohio State and into Saturday's Big Ten Tournament championship game.

The second-seeded Huskers will play Michigan at 10 a.m. (BTN) in East Lansing, Michigan. NU will be going for its first Big Ten tourney title.

Nebraska (39-14) has two walk-off wins in its past three games, and this one came from a player who hadn't swung a bat in a game since April 10, coincidentally when the Huskers were in East Lansing.

Ferrell hit two homers that day against Michigan State, but the senior from Elkhorn South injured her nonthrowing wrist, so her bat was put away for a while.

"They haven't let me hit at all in practice," said Ferrell, who entered the game with 43 at-bats and three homers. "I didn't swing, which is fine because I just went up there (Friday) and I know I have a little bit of strength. I was going up there, just trying to get on top of the ball."

Ferrell connected on a pitch on the outside portion of the plate, and the ball traveled to the deep part of right-center field and out of the reach of the Buckeyes' right fielder. Kaylin Kinney, who opened the seventh with a double, scored on the play.

Just moments earlier, Ferrell got out of a no-out, two-on jam, striking out Jaycee Ruberti before inducing two pop outs to end the threat and keep a pitchers' duel tied at 1-1.

That's when Ferrell told her team that it was time to finish it.

"I knew I was coming up to bat, too, so I was going to do everything I could to help my cause," said Ferrell, who took Courtney Wallace's spot in the lineup after coming on in relief of Wallace to start the fifth.

But she was matched by Ferrell and Wallace, who started the game and allowed only three hits over four innings a day after pitching a complete-game gem against Penn State.

Ferrell (19-6) took over in the fifth and allowed only three hits.

The Buckeyes took a 1-0 lead on an RBI triple in the top of the fourth, but NU answered in the bottom half when Abbie Squier, who had two hits, singled in a run.

The teams traded zeroes before Kinney's hit to open the seventh ignited the big finish.

Just a few weeks ago, the Huskers were atop the Big Ten standings. The hope was to win the regular-season title, but a tough stretch allowed Northwestern to vault past the Huskers for that crown.

Now Nebraska has a chance to win another championship, this one in the form of a tournament title run.

"Regular-season title was obviously a goal," Ferrell said. "It means you're playing good consistently, but we're searching for rings, and that's kind of how our mindset has been." 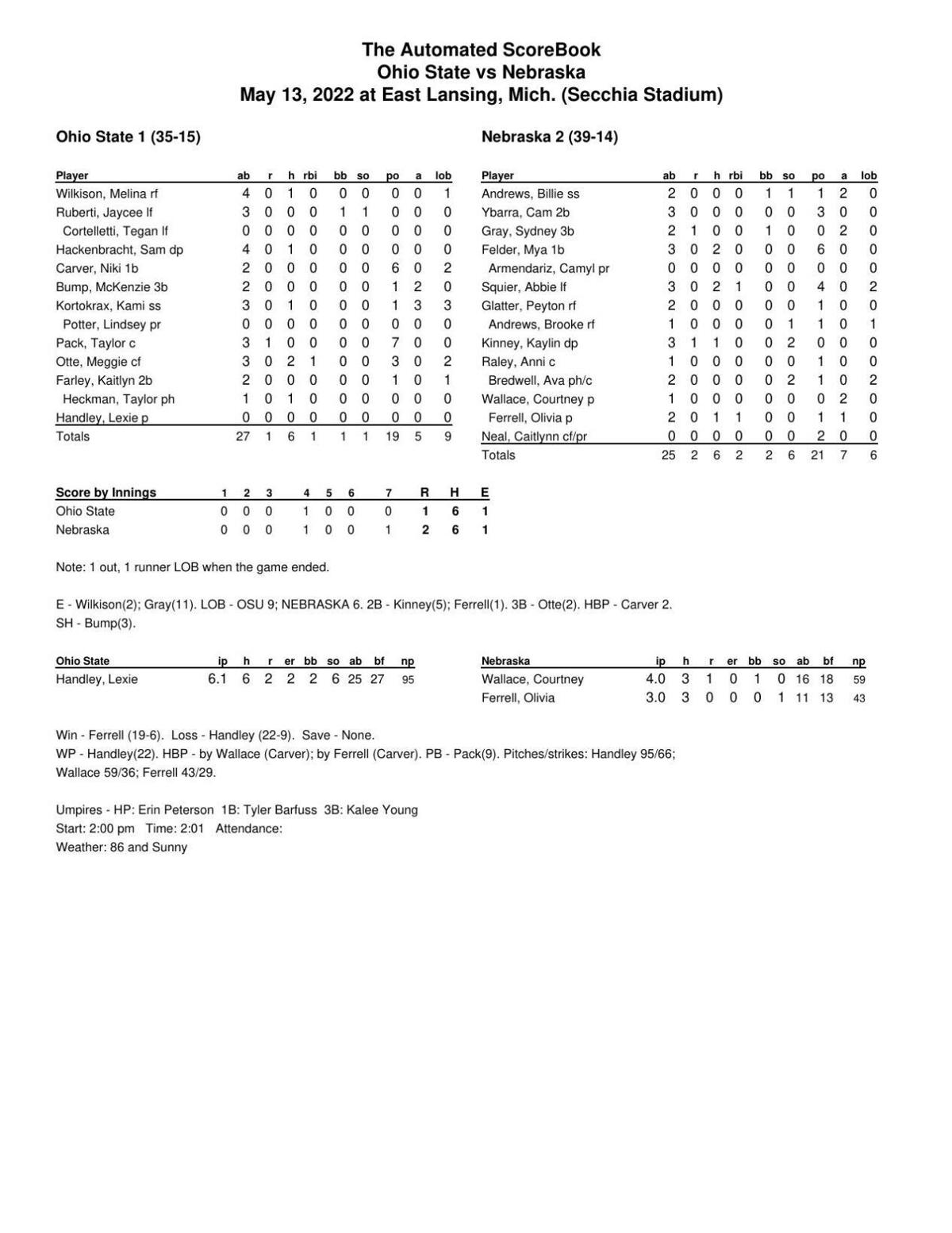 Reach Clark Grell at 402-473-2639 or cgrell@journalstar.com. On Twitter at @LJSSportsGrell.

Pregame timing was off, but Ferrell and Wallace were on as Huskers open NCAA play with shutout win

Olivia Ferrell didn't allow a run over 5 1/3 innings, and Courtney Wallace was spotless the rest of the way in helping lead the Husker softball team.

The Huskers have a program-record 75 home runs. But they also take a lot of pride in their defense, particularly in turning double plays.

'She is the rare survivor': For Revelle, reviving NU softball program started with reshaping how she coaches

In 2019, Rhonda Revelle was coming off an underwhelming season — and an investigation. Here's a look at the coach's journey "back from the ashes."

"It's usually one play that really changes the constitution of a game," said Nebraska coach Rhonda Revelle.

2 losses Saturday take Huskers out of NCAA Tournament, but season will be remembered as 'magical ride'

Nebraska had Oklahoma State on its heels during the day, but by night, the Huskers were clearing the dugout for the last time.

Bonded by dogs and a 'competitive spirit,' Ferrell and Wallace lean on each other to push NU back to postseason ways

For all the attention NU's offense has received this season (and rightfully so), softball tends to come back to pitching. Enter Olivia Ferrell and Courtney Wallace.

When Nebraska has needed a timely hit or the "hype man" for a lead in cheer, senior captain Cam Ybarra has stepped up time and time again.

Revelle has coached special teams before, but here's how the 2022 Husker softball squad set itself apart

For Revelle, it wasn't how this team finished. It was about the growth and buy-in from 17 players who shared the same desire.

Handley helped the Buckeyes shut down Nebraska in a 6-2 series-opening win Friday in Columbus, Ohio.

For the first time since 2016, the Nebraska softball team is gearing up to play in the NCAA tournament and looking to continue a special run.

US Soccer reaches equal pay agreement for men and women

US Soccer reaches equal pay agreement for men and women 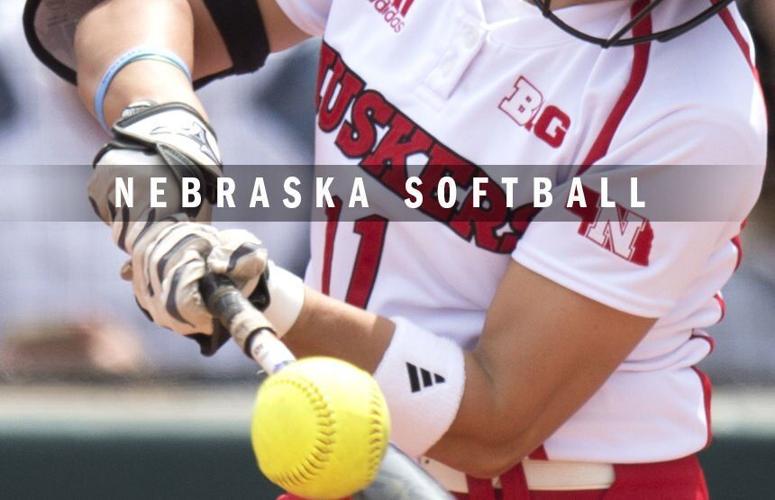 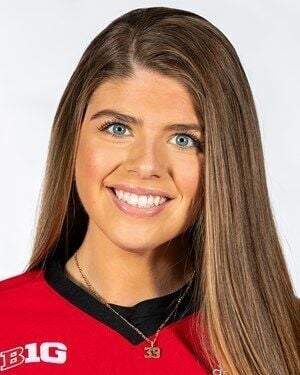