Subscribe
Read Today's E-Edition
Share This
Bonded by dogs and a 'competitive spirit,' Ferrell and Wallace lean on each other to push NU back to postseason ways
0 Comments
Share this

Pitching isn't the only thing that ties Olivia Ferrell and Courtney Wallace together.

Both are righties. Both grew up in Nebraska. Both played on the same club softball team in high school. They like talking movies.

Oh, and dogs. Ferrell and Wallace love talking about dogs.

"She has a dog small dog, I have a small dog, so we're always hanging out with our dogs," Ferrell says.

As the season winds down, Prince (Wallace's pup) and Lacey (Ferrell's) will soon have extra playtime with their creature-loving owners, but not this weekend.

The Nebraska softball team will be in Stillwater, Oklahoma, for the NCAA Tournament — the program's first since 2016 — and Wallace and Ferrell are expected to spin a lot of pitches beginning at 5 p.m. Friday against North Texas.

For all the attention NU's offense has received this season (and rightfully so), softball tends to come back to pitching, and the Huskers' senior duo has done its part to lift NU to a 40-14 record.

Nebraska's team ERA of 2.81 is the lowest since 2014 when the Huskers last went to the Women's College World Series.

"We complement each other with our different pitches well," Ferrell said. "We just know that we need each other to succeed and we've really embraced that within the past few years."

Just last week at the Big Ten Tournament, Wallace and Ferrell combined to hold Penn State, Ohio State and Michigan to a combined three runs in wins of 3-1, 2-1 and 3-1.

"I think they are completely maximizing their opportunities to hold really good teams to one run and win," NU coach Rhonda Revelle said. "I think both Liv and Courtney, they're pitching their game. They're not trying to pitch somebody else's game."

For Wallace, that means adapting from being a strikeout pitcher in high school to being a groundball pitcher in college. For Ferrell, that meant learning how to use corners of the plate and mixing her pitches more.

Wallace and Ferrell have combined to pitch 304 of Nebraska's 354-plus innings (sophomore Kaylin Kinney has been NU's third pitcher).

Both are having their best seasons as Huskers. Ferrell, a fifth-year senior, is 19-7 with a 2.09 earned-run average over 34 appearances. Wallace is 17-6 with a 3.11 ERA over 31 games. She enters postseason playing her best ball.

Ferrell and Wallace followed a similar trajectory in college. Each showed flashes of their potential as freshmen, but it took them some time to develop consistency. By last year, they were turning corners.

When they reached the offseason, prior to this season, it was a matter of mastering the little things, pitching coach Lori Sippel said, and there were some physical things to work on.

"But honestly for both, it was almost coming down to them understanding that it's hard," Sippel said, "and surrendering to the hard and getting to a place where you could really feel joy in that energy of it being hard and it's going to be so worth it."

Both encountered hard and triumphed at the Big Ten Tournament. Ferrell got out of a two-runner jam with no outs in the seventh inning against Ohio State in the semifinals, allowing NU to walk off in the bottom half. A day later in the final against Michigan, Wallace entered the seventh as a reliever with two on and no outs in a 1-1 game. She induced a double play and a pop out to help push the game into extras.

"They've been through this whole journey together, and they've grown in it," Sippel said. "They've been a part of each other's process to becoming a staff and I think they're just really liking where they're going and they are now understanding their own individual strengths."

Wallace gives a lot of credit to Ferrell for her improvement.

"I think just pushing me, honestly," Wallace said. "I know that I go to her a lot and say, 'Hey, what do you think about this? Can you stand in and tell me what this looks like? Are you picking it up early? What do you think?' She gives her honest input and vice versa. She's kind of like a little coach to me, so she helps out a lot."

For Ferrell, the NCAA Tournament is her Husker swan song after returning for the COVID-19 year. Wallace hasn't decided yet if she will use hers in 2023.

Either way, this postseason will mark the end of the duo's time as Husker teammates (though Ferrell will be on staff next year as a grad assistant coach).

Ferrell (at Elkhorn South) and Wallace (at Papillion-La Vista) had decorated high school careers and bother were named Super-State honorary captains as seniors. They played together for Nebraska Gold, but they weren't necessarily close early. In fact when Ferrell heard of Wallace committing to NU, "It was a little bit of a rivalry there. I was like, 'Oh, we're going to bring in another pitcher?'"

A common goal to help carry the Huskers back to their winning ways brought them closer.

"I just love her competitive spirit," Ferrell added. "We weren't necessarily super close off the field when we first met, but now we're best friends, so it's just funny how it all worked out."

Reach Clark Grell at 402-473-2639 or cgrell@journalstar.com. On Twitter at @LJSSportsGrell.

Revelle just completed her 30th season as the Huskers' head coach, leading the team to a Big Ten title and NCAA Tournament appearance.

Nebraska softball star Courtney Wallace is returning for one more season to pitch for the Huskers.

U.S. swimmer rescued by coach after fainting at world championships 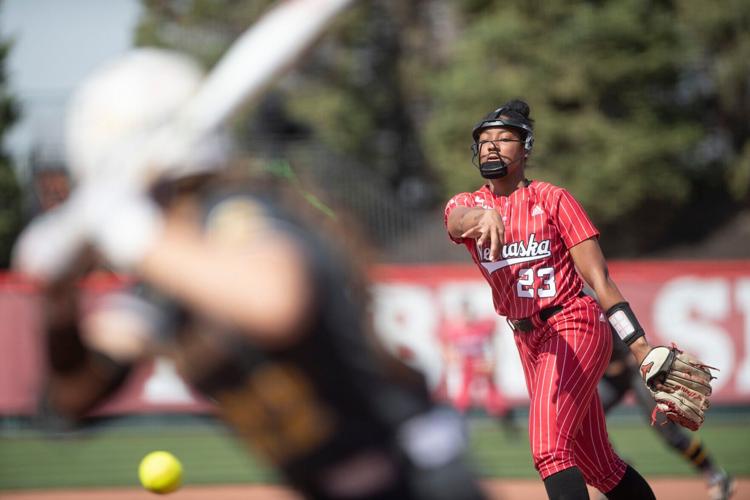 Nebraska’s Courtney Wallace (23) pitches to an Iowa hitter on April 12 at Bowlin Stadium. 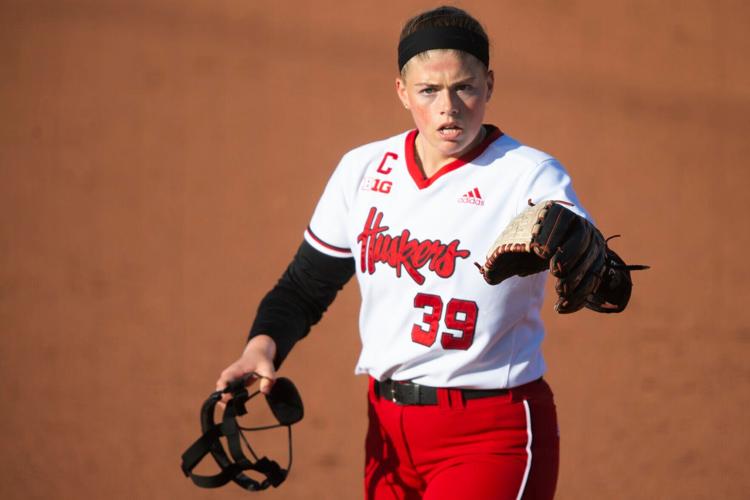 Nebraska starting pitcher Olivia Ferrell reacts after getting the final out of the fourth inning against Minnesota on April 15 at Bowlin Stadium.