Nebraska's improved 2021 defense was shut out of first-team all-Big Ten honors, but well-represented overall in voting by the league's coaches and media.

Domann missed the final two games of the season, but still accumulated 72 tackles (9½ for loss), a pair of sacks and a pair of interceptions as a do-it-all member of Erik Chinander's defense.

Sources: Scott Frost has been in contact with former Husker QB Mickey Joseph for staff opening

Taylor-Britt got off to a bit of a slow start this fall, but came on strong late and played his best football against potent wide receivers like Purdue's David Bell and Ohio State's explosive trio.

By the coaches: all four of those players plus safety Marquel Dismuke.

Among special teamers, Michigan's Jake Moody is the kicker of the year, Penn State's Jordan Stout is the punter of the year and Iowa's Charlie Jones is the return specialist of the year.

Michigan State's Mel Tucker was named the Big Ten coach of the year.

The awards are voted on by the Big Ten's coaches and by a panel of media voters. The Associated Press' all-Big Ten selections will be announced in December.

Defensive back of the year: Riley Moss, Iowa. 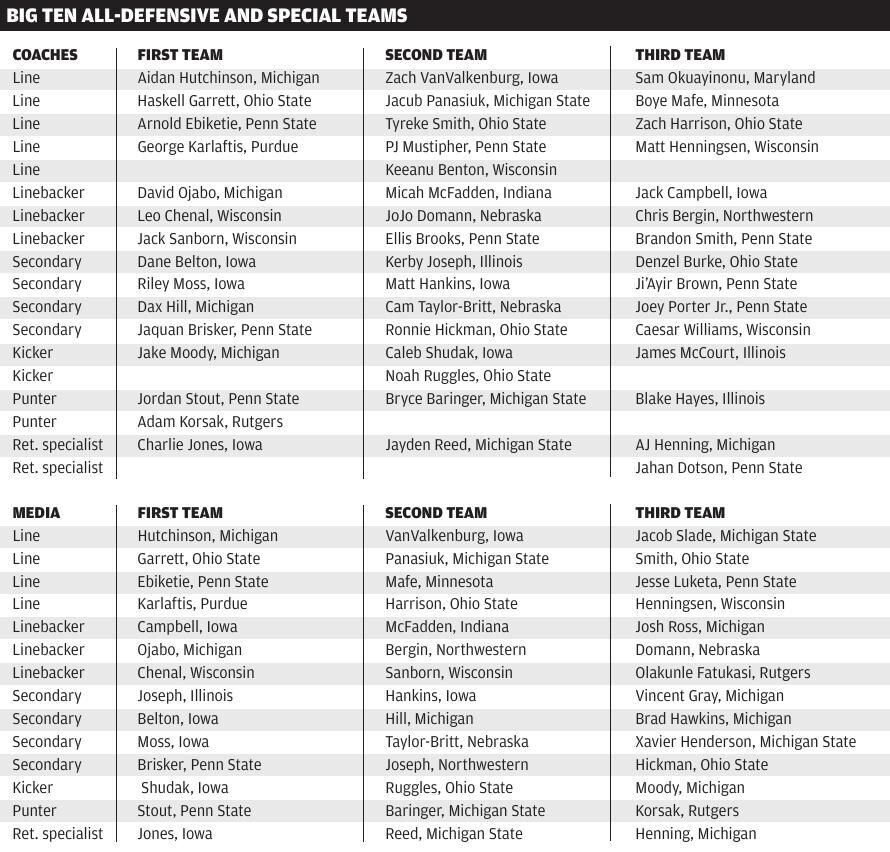 Photos: Check out the sights from Nebraska and Iowa's latest Black Friday clash

The four-year starting quarterback and only three-time captain in school history is entering his name into the NCAA’s transfer portal.