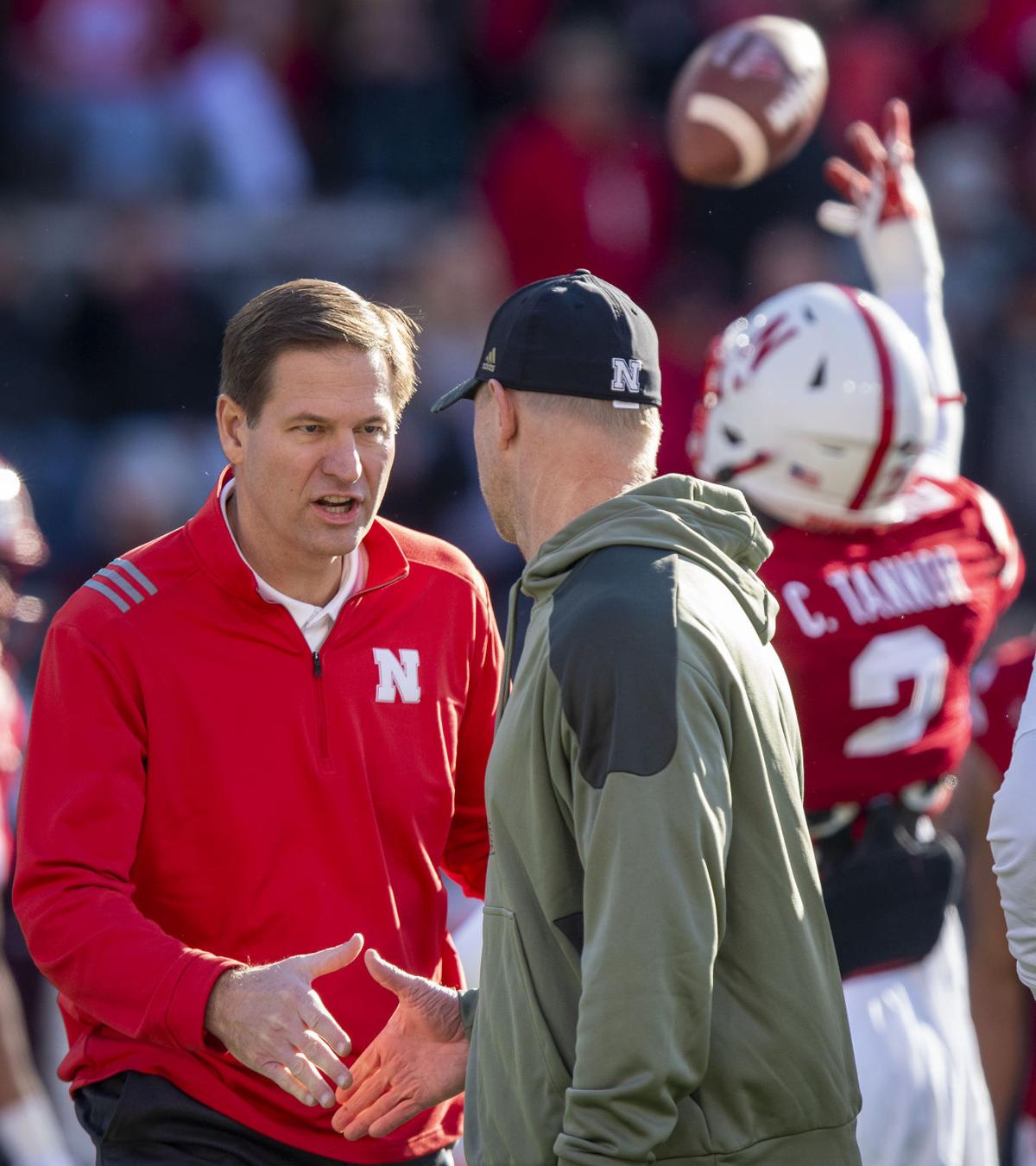 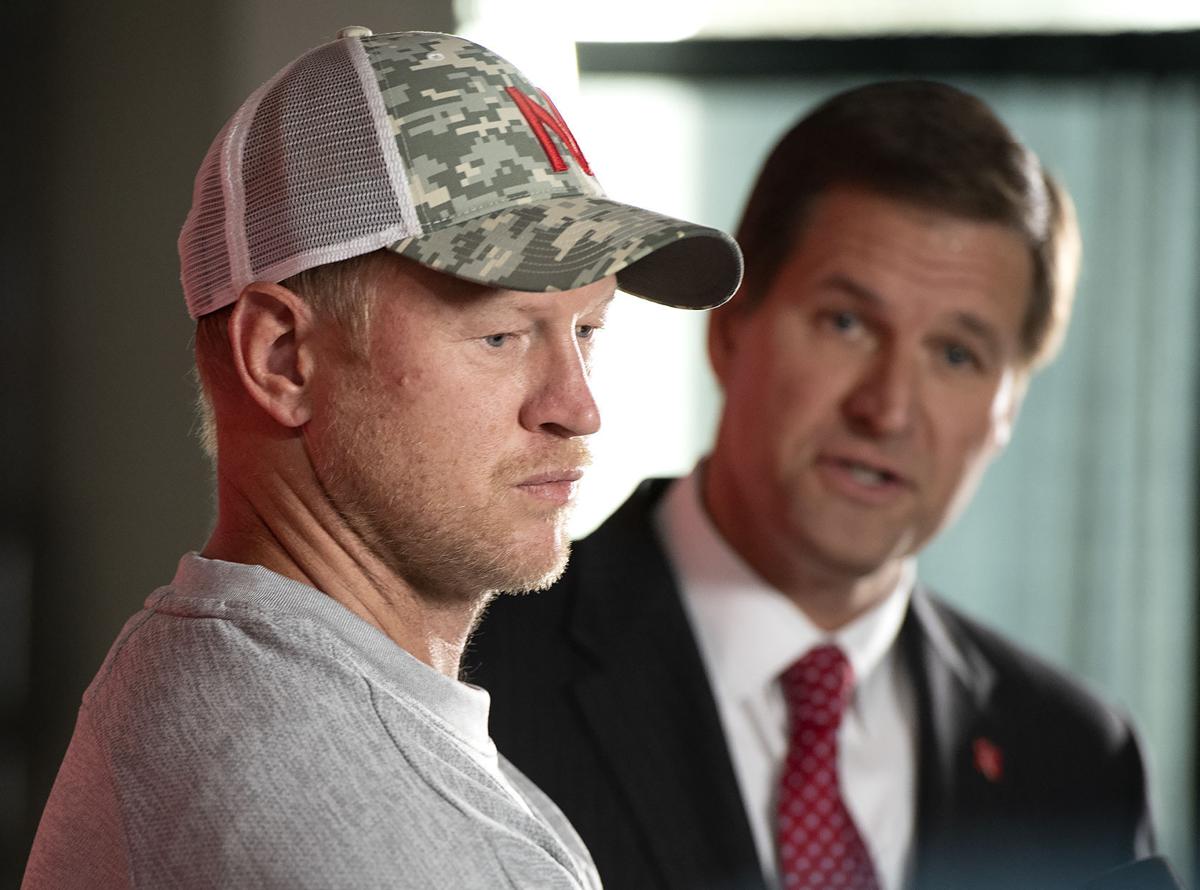 His boss has confidence aplenty on how it will come together, even if it hasn't happened quite as quickly as some thought it might.

"Scott’s been very thoughtful, interviewed a lot of people," NU athletic director Trev Alberts said during a wide-ranging conversation with the Journal Star on Tuesday. "We’ve got the running back position, there’s a lot of candidates and a lot of interest. The challenge is every single day another coach gets fired at the NFL level or somewhere else and that opens up, well, geez, maybe we should talk to so-and-so."

Case-in-point: Not long after this particular interview wrapped up, news broke that the New York Giants had fired head coach Joe Judge.

So in addition to candidates such as Florida's Greg Knox and TCU's Bryan Applewhite, now there are also NFL candidates to mull over or perhaps interview like the Chicago Bears' Michael Pitre or the Minnesota Vikings' Kennedy Polamalu.

Six NFL head coaches have been fired in the past two days after the regular season wrapped up and that means seven openings when adding to the Las Vegas Raiders.

Whether the eventual hire comes from the college ranks or the NFL, of course, remains to be seen.

"We’re going to get a really good running backs coach in here and when you combine that with the restructure and hiring a dedicated special teams coach, I’m just encouraged," Alberts said. "I think he’s doing a great job of working with the coaching staff and getting that assembled and then his team, working on the transfer portal."

Alberts has watched as Frost went about replacing half of his full-time staff over the past two months. First, he fired four offensive assistant coaches in November when Frost and Alberts also worked out a restructured contract for Frost after his fourth straight losing season. Then he also had to replace defensive line coach Tony Tuioti, who left just before Christmas for Oregon.

"Mickey wanted to come home and that’s pretty awesome. You can see already what he’s done in recruiting and his relationships."

It hasn't been cheap for NU, either. Salary information hasn't been released yet for Whipple or Busch, but the seven other assistant coaches combine to make $3.825 million. Whipple and Busch likely will combine to take the number past $5 million before accounting for a running backs coach.

"There will be some slight bumps for some folks, nothing dramatic," Alberts said.

"I’m all in to try to help Scott," he added. "The market has shifted. I know what’s in his contract for assistant coaches ($5 million pool), but I know what the rest of the Big Ten is spending as well in terms of $7 and $8 million dollars. He’ll probably be north of ($5 million), but remember that he’s also giving up some salary to help. I just tried to be as helpful as I can.

"Investing in areas where there’s a significant return, while there’s always risk, I feel better about than spending a bunch of money in an area where there’s no opportunity for return. … We need to get the right people here."

The first-year athletic director thinks Frost has done that over the past two months.

"I’m just really pleased with Scott and the people he’s been able to bring in. These are people that are going to challenge our way of thinking and that’s what we need. We did the same thing for four years and didn’t get results. You’ve got some folks that are around that have strong opinions and aren’t afraid to communicate it and I think that’s good. I think it’s going to be helpful."

The turning point in every Nebraska football game in 2021

The former Nebraska QB revisited some Husker memories (some good, some bad) when previewing his first playoff game as an NFL head coach.

Nebraska’s defensive staff for 2022 is essentially set, and now only one opening remains.

The first four weeks of Nebraska’s schedule don't change under the new plan, but there are seven date and location changes to note.

Busy recruiting weekend on tap for Huskers: See who's set to visit NU and who's not

Check out Nebraska's official visitor list as the holiday recruiting dead period comes to an end.

Current defensive coordinator Erik Chinander made $800,000 in 2021 and could earn a raise that would match or approach Whipple's salary.

Applewhite, who has over 20 years of experience, is taking over a group that has perhaps as many question marks as any other on the roster.

Johnson, listed at 6-foot-2 and 180 pounds, is one of the top-rated quarterbacks in the Midwest for the 2023 cycle.

The coach announced the news in a brief statement Sunday afternoon and said he will work from home remotely as his team returns to campus on Monday.