As he walked onto the field to play the biggest game of his career, Eddie Gordon tried his hardest to hold back a smile.

The emotions hit Gordon all at once — with the speakers blasting, drums pounding and fans cheering all around a massive stadium, he had to remind himself to act like he’d been there before.

But, who could blame him for soaking in every moment of the unforgettable experience?

Three months before he’d play for his hometown team on the biggest stage possible, Gordon thought he might have played the last game of his soccer career.

Instead, he’s living out his dreams in a way no Omaha native has ever done before.

The foundations for his professional soccer career were built year by year and game by game — all in Omaha. As a fifth-grade student at St. Wenceslaus, a school project challenged Gordon to identify which profession he wanted to pursue later in life.

There was no doubt in Gordon's mind. He wanted to be a professional soccer player. He wore a No. 12 jersey on his youth soccer team, Gordon included that in his project.

When he signed his first professional contract with Union Omaha in April, Gordon knew it was time to finally wear the No. 12 jersey he had envisioned years earlier.

“When I told the people close to me, they were ecstatic because it was a chance for me to follow my dreams,” Gordon said. “I’m really lucky that I get to be here in Omaha; I’ve played here since I was a little kid and I’m Omaha bred through and through.”

Gordon’s first big impact in the Omaha soccer scene came at Creighton Prep, where he established himself as one of the top midfielders in the state. Gordon led the Jr. Jays to three consecutive state title games, including a Class A state title as a senior in 2017. He won the state’s Gatorade player of the year award in both 2016 and 2017.

As Prep’s team captain, Gordon was a vocal leader on the field — sometimes he was too vocal. Creighton Prep soccer coach Tom Hoover remembers a few moments of frustration where he demanded more tact from his captain, something that he eventually got. It all culminated with a team talk Gordon gave before the 2017 state title game where he showed the wisdom and leadership that carries through to this day.

“He easily won the respect of his Prep teammates for his soccer skill; that was unassailable,” Hoover said. “Winning their respect as their captain, however, was an evolutionary process. He displayed an openness to growth, a hallmark of his Jesuit education that translated into a boost in team morale and in turn, his team's on-field performance.”

At the same time that he starred for Hoover at Creighton Prep, Gordon was learning from another coach who would shape his career.

Gordon played his club soccer for Omaha FC (now Sporting Nebraska), and for his freshman, sophomore and junior years of high school, his club coach was Jay Mims. Since he was also the head coach for the Nebraska-Omaha soccer program, Mims recruited Gordon to come play for him just down the road from Creighton Prep.

Gordon only got to play for Mims during his freshman year at UNO before Mims took a job with Major League Soccer's Real Salt Lake, but it wouldn’t be long until their paths crossed again. First, Gordon had to put together a stellar college career for his hometown team.

Gordon appeared in 77 matches, including 46 starts, in his five years with UNO. As his college career came to a close, that might have been it for Gordon’s soccer ambitions.

The longtime soccer coach had finally achieved his dream of creating a professional soccer team in Omaha, and he invited Gordon for a six-week preseason trial with Union Omaha. After winning the league title last season, competition was intense for a spot on the roster.

There were tough days when Gordon doubted himself, but he kept pushing for that chance. He got it on April 15 when he officially signed with Union Omaha for the 2022 season.

“It’s kind of cool because I know what he (Mims) expects and it’s kind of the same things I saw when I was 17, 19 or now that I’m 23,” Gordon said. “It’s a lot bigger of a responsibility now, but it made it easier because I knew how he treated players and what he wanted and expected from us.”

In a way, making the jump to professional soccer was like starting soccer all over again. The speed of the game was at a different level than Gordon had seen in college — and so was the competition. From energetic 19-year-olds starting their careers to 30-year-old professionals with international experience, every USL League One game offered a new challenge to conquer.

Union Omaha is currently seventh in the league standings with much of the season left to play, but it’s already been a historic year for the club.

The U.S. Open Cup is a nationwide competition that matches up teams from all four divisions of professional soccer in the country. For Union Omaha, a team that plays in the third division of US soccer, making a deep run in the competition would require beating several second-division or MLS teams.

Gordon and Union Omaha got that chance to go up against the best teams in the country. He came on as a substitute in Union Omaha’s shootout win over MLS team Chicago Fire in the third round of the competition and also played in Union Omaha’s 2-1 win over Minnesota United in the Round of 16 as well.

Union Omaha became the first USL League One team to beat an MLS team in cup competition, and it was also the first third-division team to make the cup quarterfinals since 2013. The historic run ended with a tough 6-0 loss to Sporting KC in the quarterfinals, but that night was one that Gordon will never forget.

“I could walk through it all in my head again because that probably won’t happen again; that run was incredible,” Gordon said. “It was a cool stadium and something I had never dreamed that could happen.”

Since Union Omaha is only in its third year, Gordon is already part of the club’s history as its first Omaha native to play for the team.

It’s hard to say for sure, but the number of Americans who have played high school, collegiate and professional soccer all for their hometown teams is sure to be slim as well.

“Having had Ed in class, I know that he is a gifted student and a gifted writer,” Hoover said. “He has also given time back to his alma mater by assisting in helping coach and by mentoring the current batch of Creighton Prep soccer student-athletes who are pursuing their own dreams. We are proud of Ed for what he has accomplished in soccer, but we are more impressed by the individual that he has become.”

With his parents, grandparents and friends all being able to come to home matches, Gordon is truly thankful for his spot with Union Omaha.

Every hour of training, every match and every travel tournament led to this for Gordon. And every time he takes the field for Union Omaha, that’s in the back of his mind.

“For me to be able to be here in Omaha and play with Union Omaha on my chest is just amazing. Playing for my hometown school was really special, and just taking it to the next level has been incredible. It’s special, and it’s so much more than that; it’s hard to put it into words how much it means to me.

To be able to fight for my team and essentially for my hometown is more than I can ever ask for. I love playing for this team, because it’s absolutely a dream come true.” 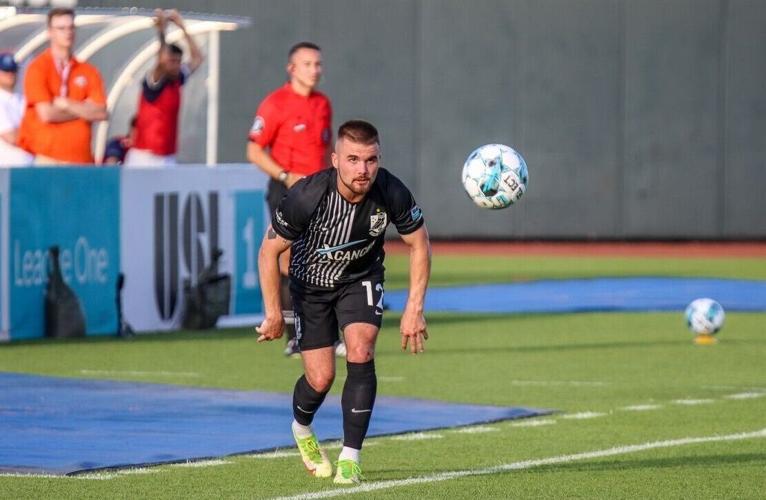 Union Omaha's Eddie Gordon completes a throw in during a home match at Werner Park in Papillion. Gordon, an Omaha native, has played at each level in his hometown: high school, college and professional. 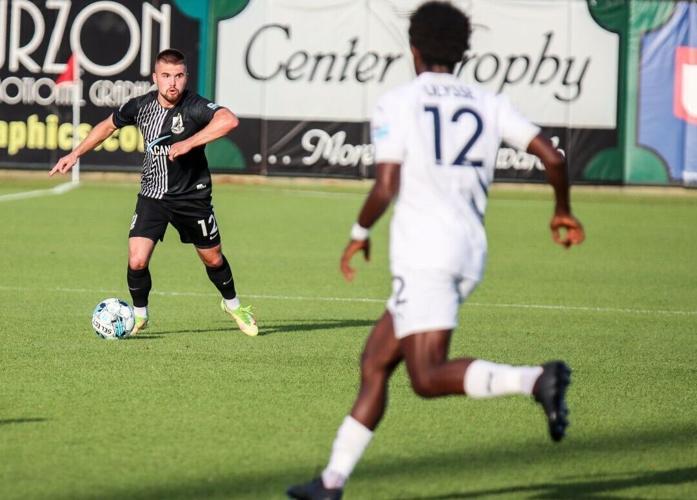 Union Omaha's Eddie Gordon attempts to dribble past a defender in a home match at Werner Park in Papillion. Gordon, an Omaha native, says it's "a dream come true" to play for his hometown team. 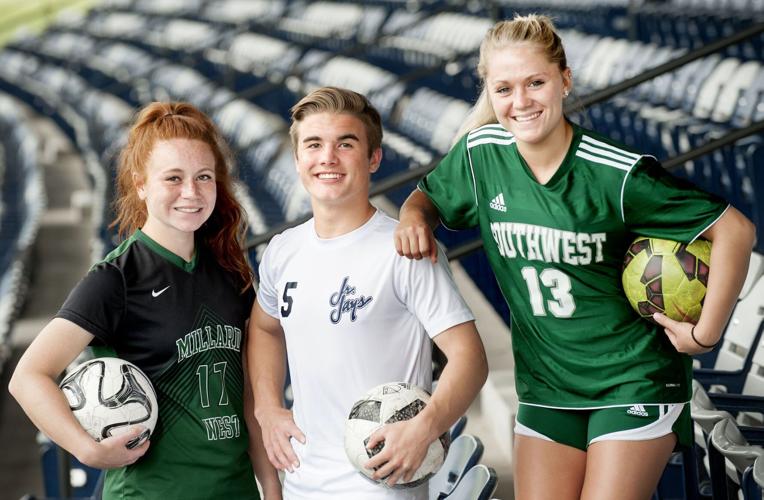