KEARNEY — Two Lincoln Southwest golfers broke 70 and the Silverhawks set a state record for the lowest district tournament score at the A-2 District golf meet played Monday at Awarii Dunes.

Kate Strickland shot a 67 and Neely Adler a 69 to help Southwest shoot a 293 team score that surpassed the North Platte score shot at Awarii Dunes in 2019.

“Overall, our team score ended up kind of right around our average or a little below it which, on our home course, we would expect,” KHS coach J.D. Carson said.

Senior Hannah Lydiatt led the Bearcats by shooting an 82 to place eighth.

“Hannah has really had some good rounds and really, for the most part, smooth rounds with a lot of bogeys and pars and very few what we would call mistakes that lead to doubles or bigger numbers,” Carson said.

Sydney Peterson finished just out of the Top 10, shooting an 87 followed by Olivia James with an 89, Alexa Mahalek with a 97 and Addi Peterson with 108.

For James, a freshman, Monday’s round was a personal best, despite shooting an 11 on one hole.

“It was just an awesome response by her. She just got in a bad spot and made a big number but she followed it up with a birdie and three pars in a row,” Carson said. “That’s just great mental toughness and awesome to see out of a freshman.”

Others had some bumps in the road along the way.

The state tournament is Monday and Tuesday with Class A at Norfolk, Class B at Scottsbluff and Class C at Columbus.

A-2 District at Awarii Dunes

SIDNEY — Scottsbluff and Gering finished 1-2 at the B-4 District tournament in Sidney.

Lexington was fifth, four strokes out of third place in the team race. No Lexington golfers qualified as individuals.

B-4 at Hillside Golf Course

HOLDREGE — Four individuals from the Hub Territory qualified for state at the C-4 District in Holdrege.

For the Stars, Maddie Waggoner shot a 99 and tied for 10th to earn a trip to the state tournament.

Ravenna’s Sarah McKeon and Holdrege’s Ella Jacobsen both shot 92 and finished fifth and sixth to earn a trip to state.

Minden’s Callie Whitten will join the state tournament contingent after shooting a 98 and placing ninth. 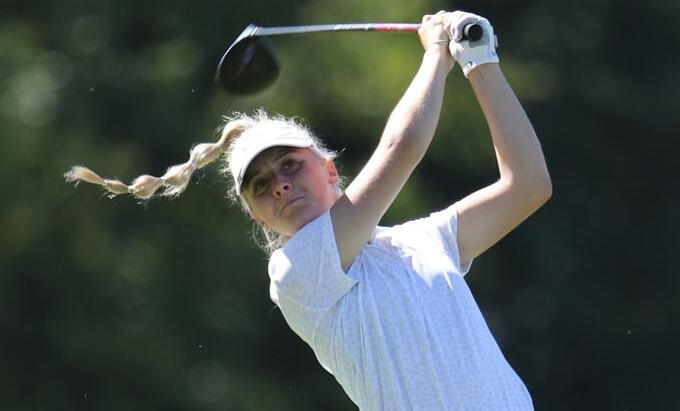 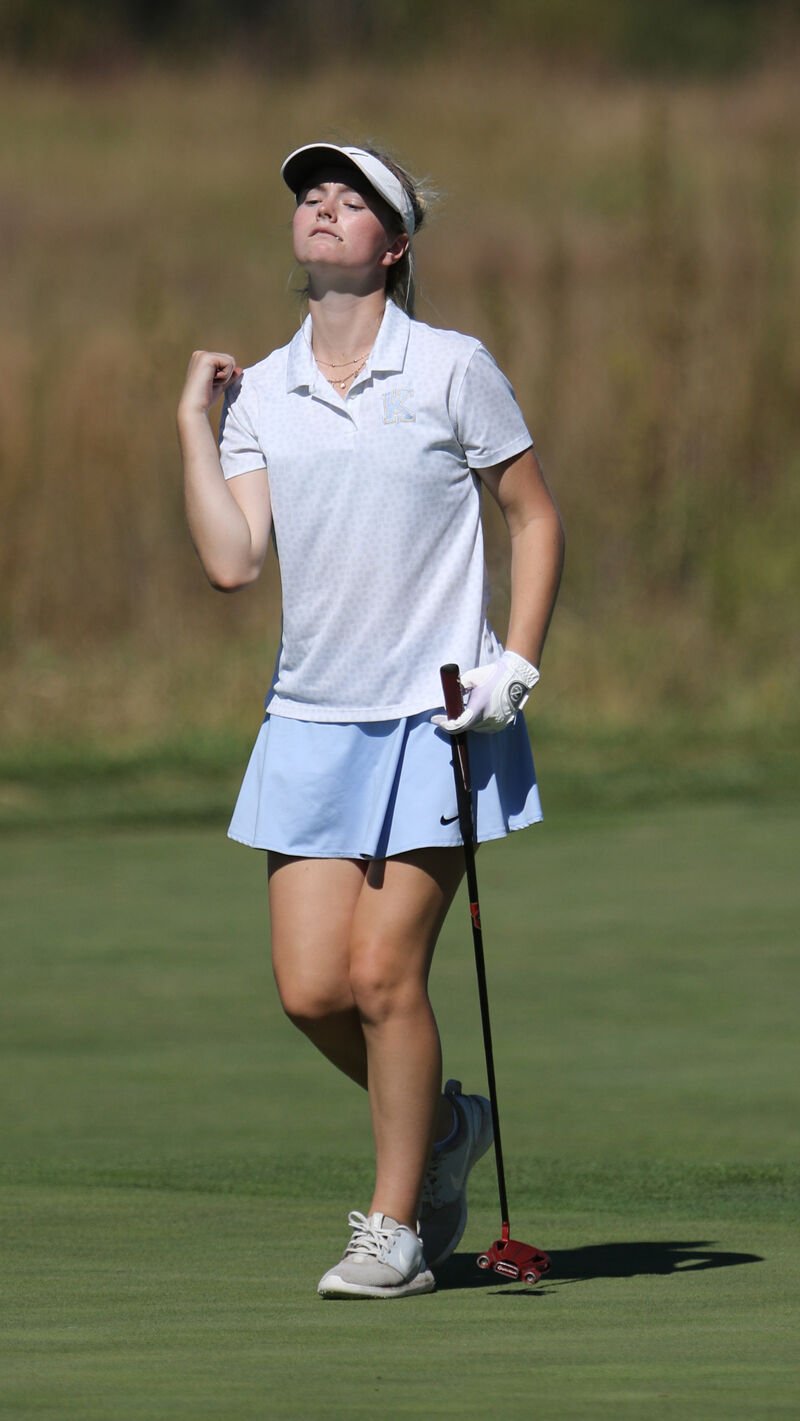