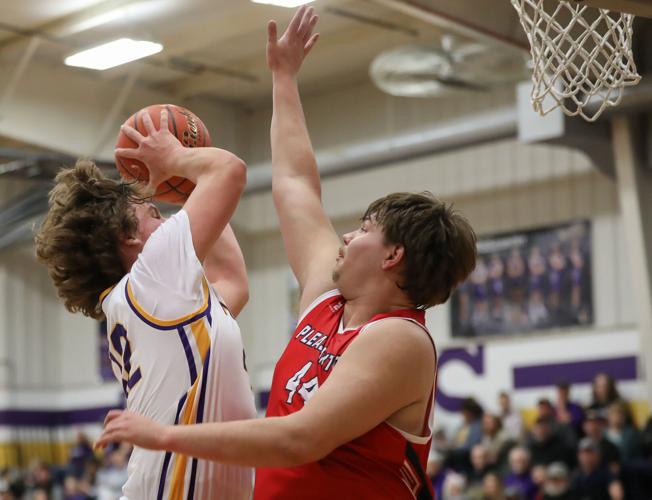 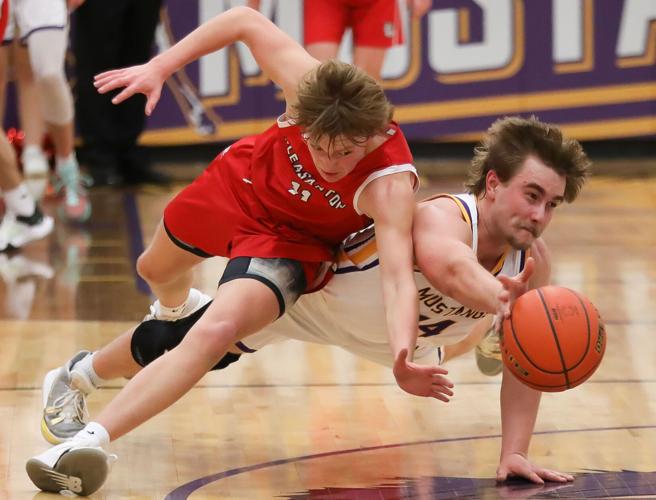 SUMNER — S-E-M found the secret to success in the halftime locker room on Saturday.

The Mustangs trailed Pleasanton at halftime in both games Saturday before going on third-quarter runs to claim key Fort Kearny Conference victories.

“We just tried a new group on defense that really stepped up and played really really well,” S-E-M coach Darby Line said. “We had a stretch of about four minutes where some of the guys off the bench played really good defense.”

The Bulldogs didn’t make a field goal in the third period, scoring only on a pair of free throws. When they did score a basket, they were already behind by double digits.

Offensively, Ryan Arbuthnot had six points in the third quarter while Cohen Rohde chipped in five on his way to a 10-point game. He joined the Eggleston brothers in double figures as Kellen set the pace wiht 16 and Noah scored 11.

Kellen Eggleston supplied most of the offense in the first quarter with eight of the Mustangs’ 10 points.

Treven Wendt scored nine of his team-high 19 points in the first quarter and Blake Wilson got hot in the second quarter to net 10 of his 13 points by halftime.

“We got back to what we do best; man-to-man defense the entire second half was really big for us. Then we just relaxed and shot the ball better in the third quarter,” Line said.

It was the sixth straight win for the Mustangs (8-2)

“We have everybody back now. We’re finally healthy. ... that’s the key,” Line said. “We’re just trying to find five or six guys that are used to playing together. While we had some injuries early in the season, we developed a lot of depth with our younger guys and that helped, too. We were able to play eight guys tonight and I thought they all played pretty well.”

O’Neill sparks Mustangs’ second-half rallyPleasanton’s barrage of 3-point shots — the Bulldogs only attempted six 2-point shots in the first half — had the Bulldogs leading 39-33 with 4½ minutes left in the third quarter.

O’Neill also grabbed 19 rebounds as the Mustangs improved to 10-0.

Pleasanton’s Natalie Rasmussen, who made five 3-pointers, finished with 25 points and Reagan Weisdorfer followed with 12 points.

The SEM boys beat the Pleasanton boys, 61-49, Saturday at SEM.