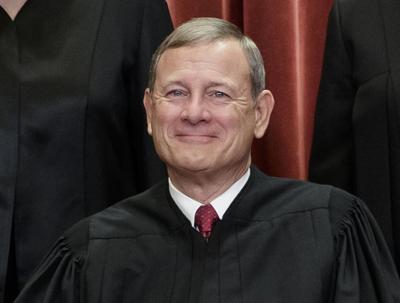 The best way for the U.S. Supreme Court to preserve its legitimacy is to ignore public opinion.

Chief Justice John Roberts recently made remarks defending the institution of the Supreme Court. It was his first public address since the Dobbs decision, which overturned Roe v. Wade.

“Simply because people disagree with an opinion is not a basis for criticizing the legitimacy of the court,” he said at an event in Colorado. He added, “You don’t want the political branches telling you what the law is. And you don’t want public opinion to be the guide of what the appropriate decision is.”

Criticism of court rulings is fair game. As Roberts himself pointed out, some of the fiercest critiques of the court’s decisions come from its own members. But those attacks should focus on the process each justice used to reach his or her decision, not one’s feelings about the result.

But it’s the outcome, not the process, that generated so much criticism after the Dobbs ruling.

Vice President Kamala Harris said the decision “causes me great concern about the integrity of the court overall.” A recent piece in Vanity Fair attacked the court for being “dominated by unaccountable right-wing activists.” If that was the case, one wonders why the majority didn’t outlaw abortion, instead of returning the issue to the states.

If you take a step back, you can see the game that’s being played. Leading voices on the political left attack court decisions they disagree with as illegitimate. Anyone supporting those decisions is supposedly doing grave harm to the institution itself. Ergo, preserving the court’s legitimacy requires decisions agreeable to the political left.

But it’s Congress that passes the laws. If the public doesn’t approve of those laws, they can vote for new elected officials.

In contrast, federal judges receive lifetime tenure, specifically to shield them from public pressure. Their job is to abide by the U.S. Constitution and laws passed by Congress, not impose their personal opinions. That’s the “rule of law.”

This won’t always be popular in the short term. Less than half of Americans can name the three branches of government. The nuances of the separation of powers are sadly lost on many.

But public opinion is always changing. The court and Roberts’ tenure as chief justice won’t be defined by one decision. He’s right to defend the court for fulfilling its unique role in American government.

The anguished sorrow of suicide haunts us forever

I will never forget that Tuesday morning in mid-November 23 years ago. It was around 11 a.m. when the receptionist at my Cleveland newspaper o…

🎧 The hosts discuss how harm reduction can make the world a safer place.

Lynn Schmidt: A cheer to those who answer the call to something bigger

At a time when it seems like our society is spiraling with out-of-control selfishness, consumed with immediate gratification, self-centeredness, illiberalism and grievance, it can be helpful to remind ourselves that plenty of folks still practice altruism.

Froma Harrop: E-Verify is key to fixing US immigration system

Let's have a conversation about immigration. An honest one.

Progressives like to point out that Americans pay more for health care yet have poorer outcomes than people in countries of similar wealth.

U.S. Sen. Lindsey Graham, R-S.C., has proposed a national U.S. abortion ban barring the procedure after 15 weeks. This push to restrict abortion access across the country follows a rash of new state laws passed by Republicans after the Supreme Court overturned Roe v. Wade in June.

Sir Isaac Newton’s Third Law of Motion states that for every action, there is an equal and opposite reaction. While Newton was describing this phenomenon in relation to physics, the basic principle also applies to society in general.