The "Christ the Protector" statue is being built in Encantado, a small town in Brazil's southernmost state, Rio Grande do Sul, by a local organization named Friends of Christ Association (AACristo).

Made of steel and concrete, it will stand 43 meters (141 feet) tall — 16 feet taller than Rio's Christ the Redeemer, according to AACristo.

The organization said the statue will be the third-tallest statue of Jesus in the world, after a 249-foot statue currently under construction in Mexico and a 172-foot monument in Poland.

The statue is the work of sculptor Genésio Gomes Moura and his son, Markus Moura. Its head and arms were installed on April 6 and the construction, which began in July 2019, should be finished by the end of this year, according to AACristo.

It will cost around $353,000 in total, and AACristo is asking for donations to finish the project.

An elevator installed inside the statue will take tourists to a lookout at the height of Christ's heart.

"It will be a glass opening from where people will be able to film and photograph the valley," head project supervisor Artur Lopes de Souza said on the AACristo website.

The aim is to boost tourism in the area, which is close to Brazil's borders with Uruguay and Argentina.

The Christ the Redeemer statue has looked down upon the city of Rio de Janeiro for almost 90 years and is one of Brazil's most famous tourist attractions.

Postcard written by Titanic's wireless operator could sell for $15,000, and more of this week's weirdest news

A postcard written by the Titanic's wireless operator could sell for up to $15,000

A postcard written by a crew member of the RMS Titanic just weeks before it sank is up for auction and could fetch $15,000.

Jack Phillips, the vessel's senior wireless operator, wrote the postcard in March 1912 to his sister, Elsie, while at port in Belfast, Ireland, where the Titanic was built. Construction was completed at the end of March, and it left the dock on April 2, 1912.

The correspondence, written on a 5.5 inch by 3.5 inch postcard, features an image of the Titanic during its construction and is postmarked in Belfast.

The message ends with the words "Love, Jack."

"Phillips often chose postcards which depicted the ship on which he served," said Bobby Livingston, executive vice president of Boston-based RR Auction, which is selling the card.

"According to our research, only five of the 300 postcards retained by Elsie had any relation to Titanic, and only two featured the ship as the front photograph making this an exceptionally rare example," Livingston said in a statement.

Livingston says Phillips is a forgotten hero who saved many lives as the Titanic started sinking. Phillips worked tirelessly to send messages to other ships to enlist their help in rescuing the passengers and crew.

On the night of April 14, 1912, in the North Atlantic, the Titanic struck an iceberg that would lead to the death of more than 1,500 passengers and crew. According to RR Auction, Phillips, 25, abandoned ship as water flooded his feet. He ended up on an overturned, collapsible lifeboat, where he would die of exposure to severe cold.

The auction of Phillips' postcard is slated to close on April 14. RR Auction says the postcard is estimated to reach $15,000.

This isn't the first sale of relics from the Titanic. In 2015, a first-class lunch menu from the luxury ship was sold at auction for $88,000 along with a letter to a man who allegedly bribed a lifeboat's crew to row away from the ship rather than rescue more people for $7,500.

Watch Now: Superyacht squeezes under bridge with less than 5 inches of clearance

See how the 262-foot MY Galactica yacht was transported from its shed in Oss, Netherlands, to the North Sea in this nail-biter of a video.

This is the pulse-pounding moment a young giraffe chased a vehicle full of safari enthusiasts in a nature reserve in South Africa.

A team led by a retired FBI agent believes it has unraveled one of World War II's enduring mysteries -- how the Nazis found Frank's hiding place in August 1944 and sent her to die in a concentration camp.

Hong Kong to kill 2,000 animals after hamsters get COVID-19

When the snow begins to fall on Jabal al-Lawx (Almond Mountain) in Tabuk, Saudi Arabia, people set up tents and picnics to experience the cold weather.

'A cockroach moving in my head': Insect removed from man's ear after 3 days

The man had taken a dip at his local pool in New Zealand when, unbeknownst to him, the creature had crept inside his ear.

The Duchess of Cambridge has emerged as Britain’s most reliable royal family member: She has won accolades for her commitment to early education, art and music.

The fossilized remains of an ichthyosaur have been found in England's Midlands, the largest and most complete of its kind possibly discovered in the UK. 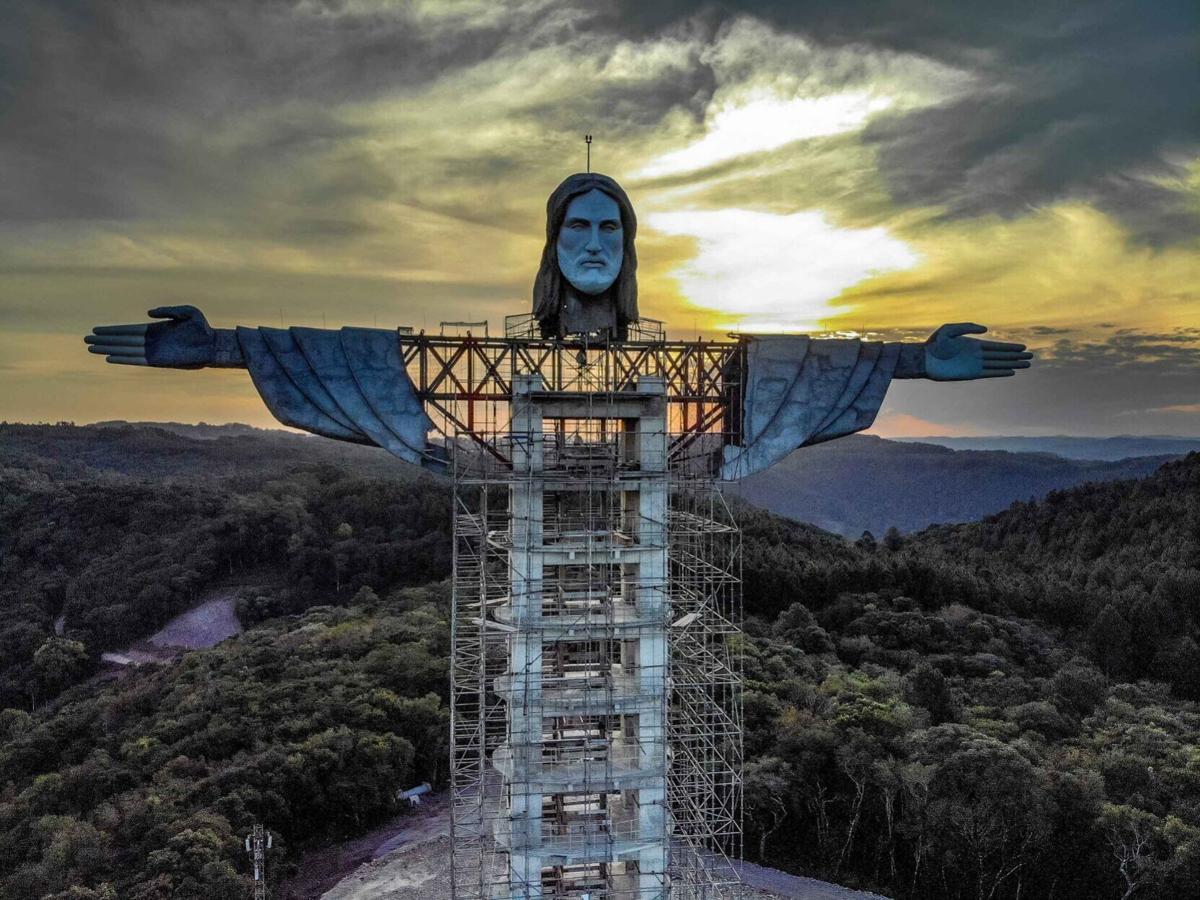 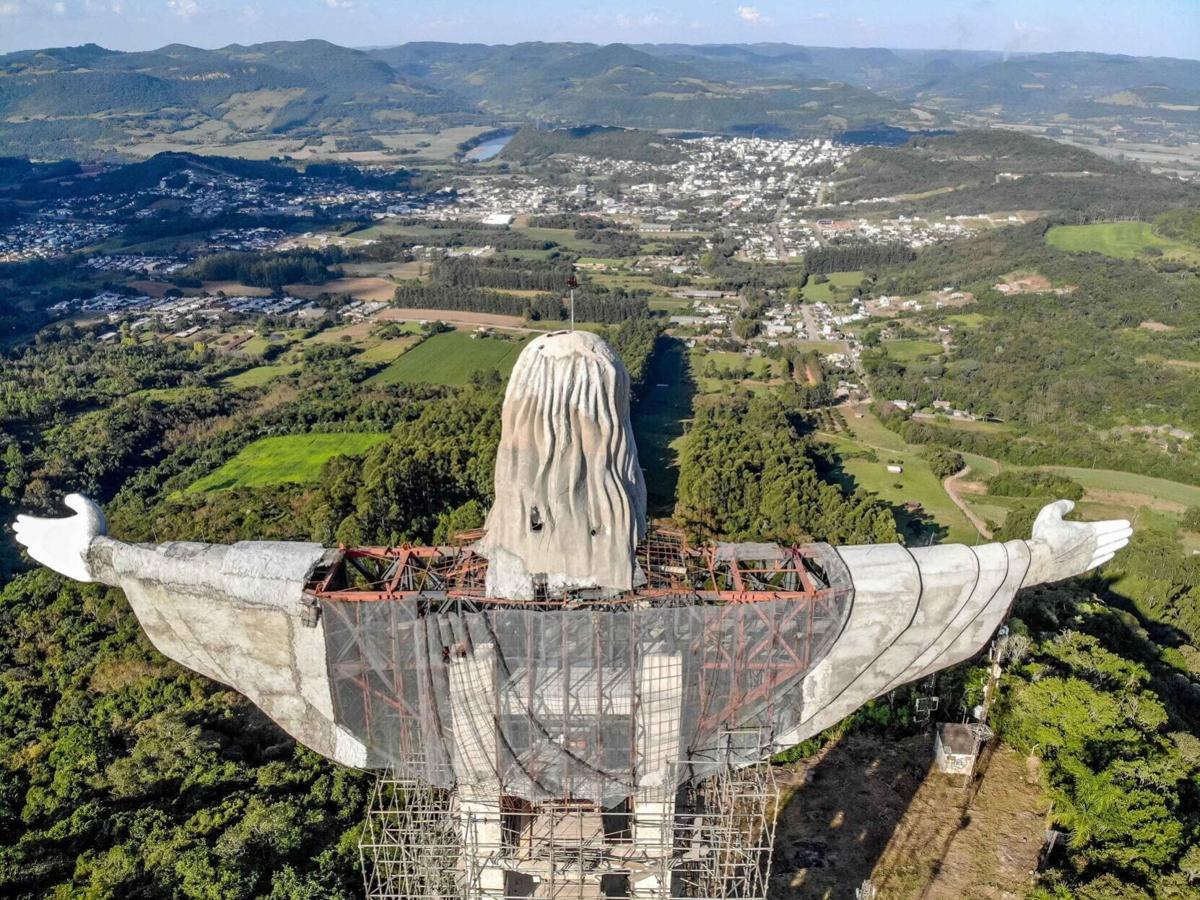