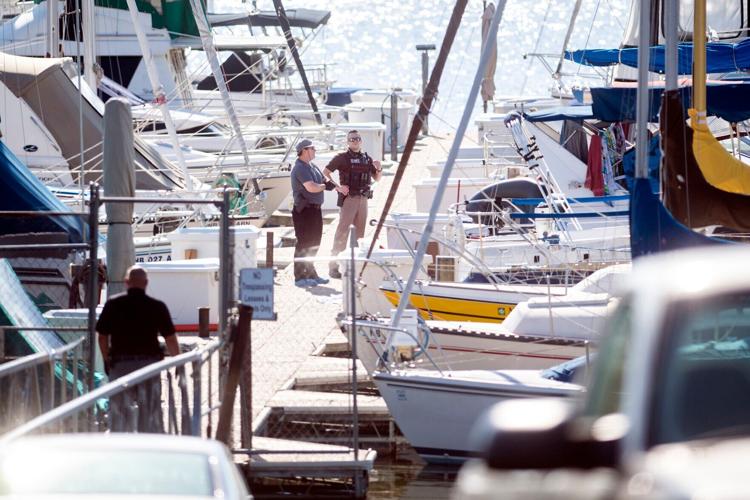 In this file photo, law enforcement officials investigate a late night shooting on July 19 that left one man dead at Branched Oak Lake. 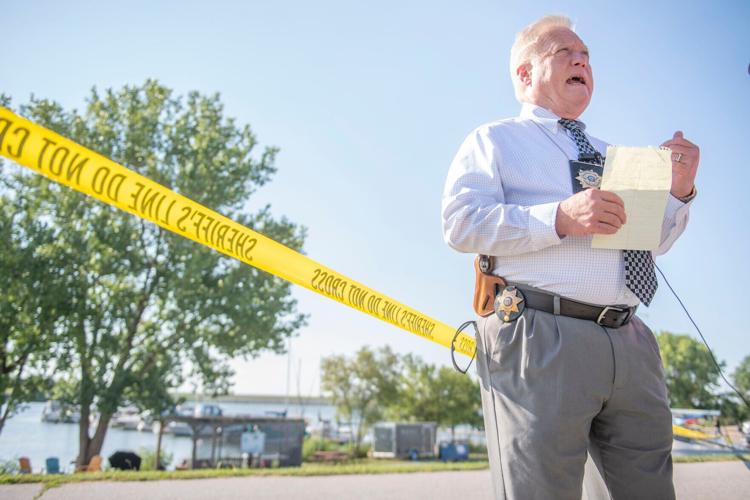 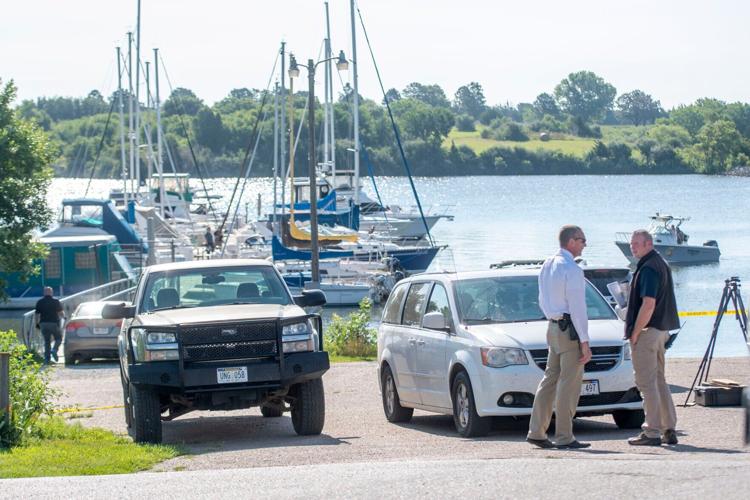 A 42-year-old Lincoln man is dead after a shooting on a boat at Branched Oak Lake sometime late Tuesday night about 20 miles northwest of Lincoln's city limit, according to authorities.

Wagner said Case and four friends were on the water inside a boat when an unidentified man opened the cabin door and fired two shots at Case, who died at the scene.

The other two men and two women jumped off the boat into the water to escape and were uninjured, Wagner said. The suspect then left the lake area in a vehicle.

The sheriff said it appears Case was targeted.

"We believe the gunman knew where he was going, where he was headed. It wasn’t a random situation, we don’t believe. So other folks shouldn't have any concern for their safety," Wagner said at a briefing near the marine Wednesday morning.

He didn't know if a weapon had been recovered. He said there was no evidence the suspect took anything from the boat or the victim's vehicle, which was parked at the lake.

“Usually, abortions are performed in hospitals, and doctors are involved, and it’s not the type of stuff that occurred in this case.”

Narcotics task force investigators met with the 30-year-old woman Wednesday at a north Lincoln hotel under the guise of a drug deal, according to police.

At approximately 6:30 p.m. Monday, troopers were called to a home in Broadwater where Rodney Bennett, 57, was found dead.

In Laurel, it isn't unusual for people to leave their doors unlocked — everybody knows everybody. But that sense of security was shaken Thursday when four people were killed and left in burning homes.

She paid movers over $1,000 to relocate to Lincoln; they never showed up

Lauren Vlach moved to Lincoln after losing more than $1,000 to a fraudulent company. She believes she was the victim of a moving scam, something that's becoming increasingly more common.

Dayton Wenz, a 2022 graduate of Omaha Central High School, was the victim.

Investigators arrested Jason A. Jones after linking the Laurel man to a pair of receipts and a gun left at the scene of two Thursday morning house fires.

All three victims were taken to the Nebraska Medical Center. Two were taken by ambulance, while one person with critical injuries was taken by helicopter.

Police arrested Pau Lantos on Wednesday at a gas station at 27th and Dudley streets. At a court hearing Thursday, a judge set his bond at $150,000.

In response to the ruling, attorney Vince Powers, said: “My clients just wanted to help people in their community. They did not want to be treated that way.“

Gas prices fall below $4 per gallon

Gas prices fall below $4 per gallon

In this file photo, law enforcement officials investigate a late night shooting on July 19 that left one man dead at Branched Oak Lake.