Patrick Schroeder, the man sent to death row in 2018 for killing his cellmate, died Monday, according to the Nebraska Department of Correctional Services.

Laura Strimple, chief of staff for the state's prisons system, said the 45-year-old died at the Tecumseh State Correctional Institution, which is home to death row.

The cause of Schroeder's death has not been determined, she said.

He is the fifth death row inmate to die while awaiting execution by the state.

“Mr. Schroeder had a hard and complicated life and we are saddened to hear of his death. His death like all deaths leaves behind people who loved him and who will miss him now that he is gone,” said Todd Lancaster of the Nebraska Commission on Public Advocacy.

As is the case whenever an inmate dies in custody, a grand jury will review the death.

In 2018, Carey Dean Moore was the last inmate to be executed in Nebraska.

Moore, 60, was sentenced to death on two counts of first-degree murder in Douglas County in the 1979 deaths of Omaha cab drivers Reuel Van Ness Jr. and Maynard Helgeland. He had been on death row 38 years.

Schroeder had been serving a life sentence for killing 75-year-old Pawnee City farmer Kenny Albers when on April 15, 2017, he strangled Terry Berry in a cell at the Tecumseh prison.

Schroeder pleaded guilty to that crime and didn't fight the death sentence.

When the three-judge panel pronounced his sentence, Judge Vicky Johnson said it was the law, and not the defendant's wishes, that compelled the judges to choose a death sentence.

"Mr. Berry's murder was disturbing in its own right and especially cruel," particularly because he was two weeks from his release and Schroeder knew it, she said.

Prosecutors alleged just one aggravator needed to make the case eligible for the death penalty — that Schroeder had previously been convicted of another murder — and Schroeder, who represented himself, chose not to fight the death penalty and made no argument or case for why the judges shouldn’t give it to him.

He admitted to strangling Berry, 22, because he wouldn’t stop talking.

At the time, Schroeder was in prison on a life sentence for beating Albers with a nightstick during a robbery in 2006 and dumping him, still alive, into an abandoned well. Albers died there.

Last year, the state agreed to pay $479,000 to Berry's family to settle the lawsuit it filed over his killing.

Schroeder's case brought questions and scrutiny from state senators and prisoner advocates alike who saw the killing as a failure of a prison system beset by one problem after another. Many asked how Berry had come to share a cell with Schroeder.

At Schroeder’s plea hearing, Assistant Nebraska Attorney General Doug Warner said Schroeder and Berry had shared cell No. 16 in a segregation unit from April 10 to April 15, the night a corrections officer doing normal checks came by and Schroeder said there was “something he needed to get out of his cell.”

Berry was lying unconscious on the floor with a towel around his neck.

He was taken to a Lincoln hospital, where he died five days later.

Nebraska man dies after collision with semi near Broken Bow

A 39-year-old man died Wednesday following a collision with a semitrailer truck in central Nebraska.

Police identify man who was found dead near Fremont

The Dodge County Sheriff's Office has identified the man whose body was found Thursday on the side of a highway near Fremont.

After the teen broke up with the Texas man in April, he refused to delete the images and threatened to "expose" the 17-year-old, police alleged in court records.

Two people were killed and four others were injured in a three-vehicle rollover crash in Bellevue on Friday evening.

The Nebraska Board of Pardons took less than two minutes to dash the hopes of Earnest Jackson and his supporters, voting unanimously to deny a sentence commutation.

Jasimin Champion, 36, died at a local hospital sometime after she was stabbed multiple times Tuesday night at the mobile home park where she was staying, police said.

Deputies responded and determined the grenade was active.

Clifford Brown, who is serving just over three years for possession of a controlled substance on a charge out of Dawson County, is 23, 5-6 and 185 pounds.

One of the drivers, 42-year-old Scott Sorensen of Seward, was pronounced dead at the scene.

One person killed in skydiving accident at Crete airport

A skydiving accident reportedly killed one and injured another Thursday afternoon at the Crete Municipal Airport. 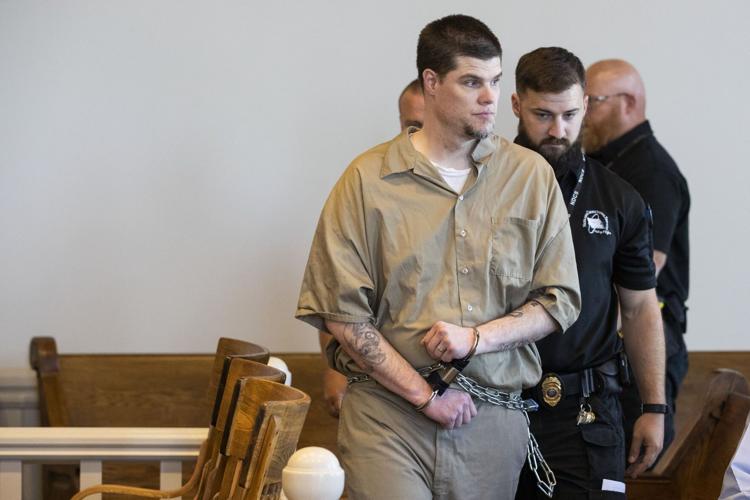 Patrick Schroeder appears at the Johnson County Courthouse in Tecumseh in June 2018, where a three-judge panel announced his death penalty for the 2017 murder of his cellmate, Terry Berry. 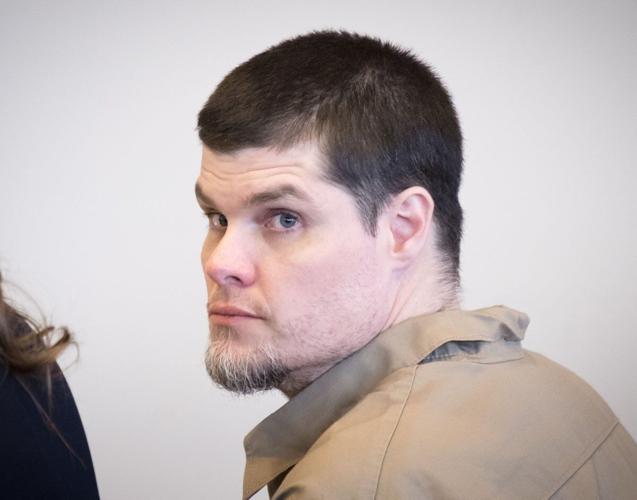 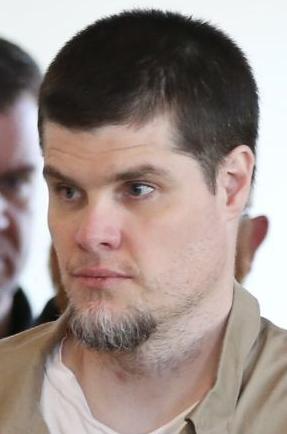 Crime: the 2017 strangling death of his cellmate, Terry Berry, a 22-year-old inmate who was about to be released from the Tecumseh State Prison.