KENOSHA, Wis. — Dozens of journalists and demonstrators on the steps of the Kenosha County Courthouse listened on cellphones Friday afternoon as Kyle Rittenhouse was acquitted of all charges after a three-week trial.

In a matter of seconds, the atmosphere changed from near silence to an explosion of shouting, yelling and emotional speeches from people assembled there.

In the ensuing hours, demonstrators who opposed the verdict and those who agreed that Rittenhouse was defending himself when he shot three people, killing two, would get nose to nose and nearly come to blows. One woman appeared to have a seizure, tears were shed, and wide-ranging and conflicting opinions were shared loudly and ad nauseum.

Rittenhouse was charged with homicide, attempted homicide and reckless endangering for killing Joseph Rosenbaum and Anthony Huber and wounding Gaige Grosskreutz with an AR-style semi-automatic rifle in the summer of 2020 during a tumultuous night of protests over the shooting of a Black man, Jacob Blake, by a white Kenosha police officer.

Rittenhouse, a then-17-year-old former police youth cadet, said that he went to Kenosha to protect property from rioters but that he came under attack and feared for his life. He is white, as were those he shot.

Justin Blake, the uncle of Jacob Blake, called for peace and for more protests after the verdict.

“This kid is guilty as hell … We got work to do,” Justin Blake said. “This was a godawful sight for the whole world to see, the racism, the underbelly of racism that runs through this country in every jurisdiction.”

Added Bishop Tavis Grant, a leader of the Rainbow Push Coalition that was founded by Rev. Jesse Jackson, “This is a sad day in America, and this is a time that we must use peace and protest and civil disobedience to move our cause forward.”

But a man standing atop a railing leading up to the courthouse repeatedly yelled “Kyle was in the right place, with the right weapon, at the right time!” while holding a “Free Kyle” sign. The man, who has been demonstrating for several days, said he is from California, but has given multiple different names to the press.

Veronica King, president of the Kenosha Branch NAACP, said she was “disappointed” but not surprised by the verdicts. She noted that 11 of the 12 jurors in the case (and all six alternates) were white.

Hannah Gittings and Susan Hughes, Huber's girlfriend and aunt, respectively, walked silently and slowly out of the courthouse, surrounded by a mob of cameramen.

Others in the crowd yelled, “The Second Amendment still exists in America!”

Scott Graser, who said he came from Omaha, Nebraska, to support Rittenhouse, said, “They don’t want us to have this right.”

Debate far from over

Even if the trial may be over, the debates surrounding race, gun laws, the Second Amendment and so much else tied to this case are far from concluded.

“These jurors saw a different America from what we see every day,” Justin Blake said, noting the racial makeup of the jury. He said “more work needs to be done” in reforming the American court system to be more equitable.

Justin Blake and others associated with the Black Lives Matter movement have shown support for Gaige Grosskreutz, Anthony Huber and Joseph “JoJo” Rosenbaum after they were shot.

“Everybody, please take a deep breath. What we saw here was a terrible, tragic injustice,” Justin Blake said, speaking in front of the courthouse moments after the verdict. “These young men were trying to support my nephew, Jacob Blake, who was shot seven times in the street in the back in front of his children.”

Justin Blake continued: “The mayor, the police chief, the people who were running the Army have blood on their hands today. This isn’t just an attack on African Americans. I keep saying that. This is an attack on our democracy.”

Of the protests expected to come, he said: “I want everybody to try and be as peaceful as they can, but as Martin Luther King said, there’s a check out there that’s overdue for African-Americans.

“We made this country the greatest country in the world for 300, 400 years of free slavery. We need ours like yesterday. We need that check cashed. We need it brought to our people and cashed.”

“I feel like justice wasn’t served today,” said Indiria Hudson of Kenosha. “I know for a fact it wasn’t served today because a life is a life. Killing somebody should never be OK, and nobody should ever get off for that, no matter the circumstance … I understand that people were saying he was trying to defend himself, but I’ve lived here all my life, and I’ve never heard of a self-defense law here.

Kevin Mathewson, the former Kenosha alderman who issued the call to arms that led to dozens of armed people coming to Kenosha’s streets the night of the shootings, said he was "thrilled" with the outcome.

“Justice was done," he said, upon exiting the courthouse. "Now this kid can go back to whatever he can of a normal life. Justice was served.”

Live replay: People gather outside the Kenosha courthouse after Kyle Rittenhouse is found not guilty

Here's the scene from outside the courthouse just a few hours ago, in photos & videos 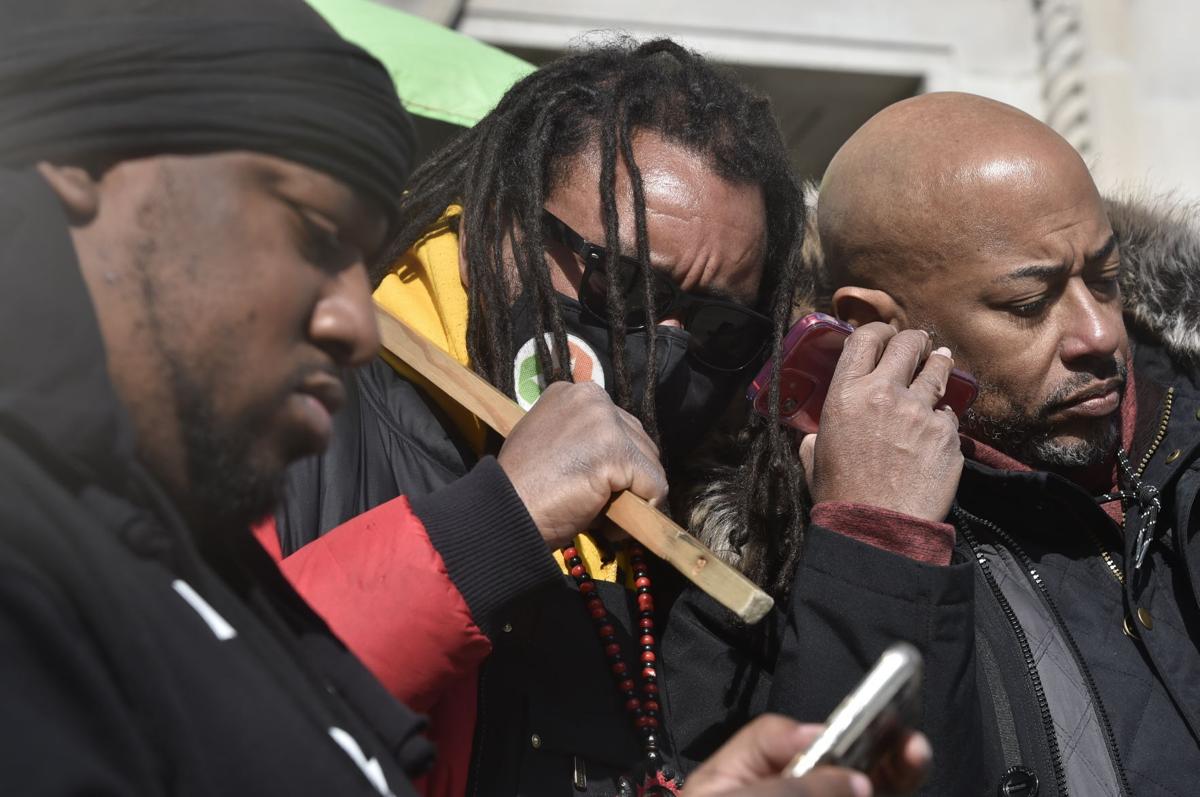 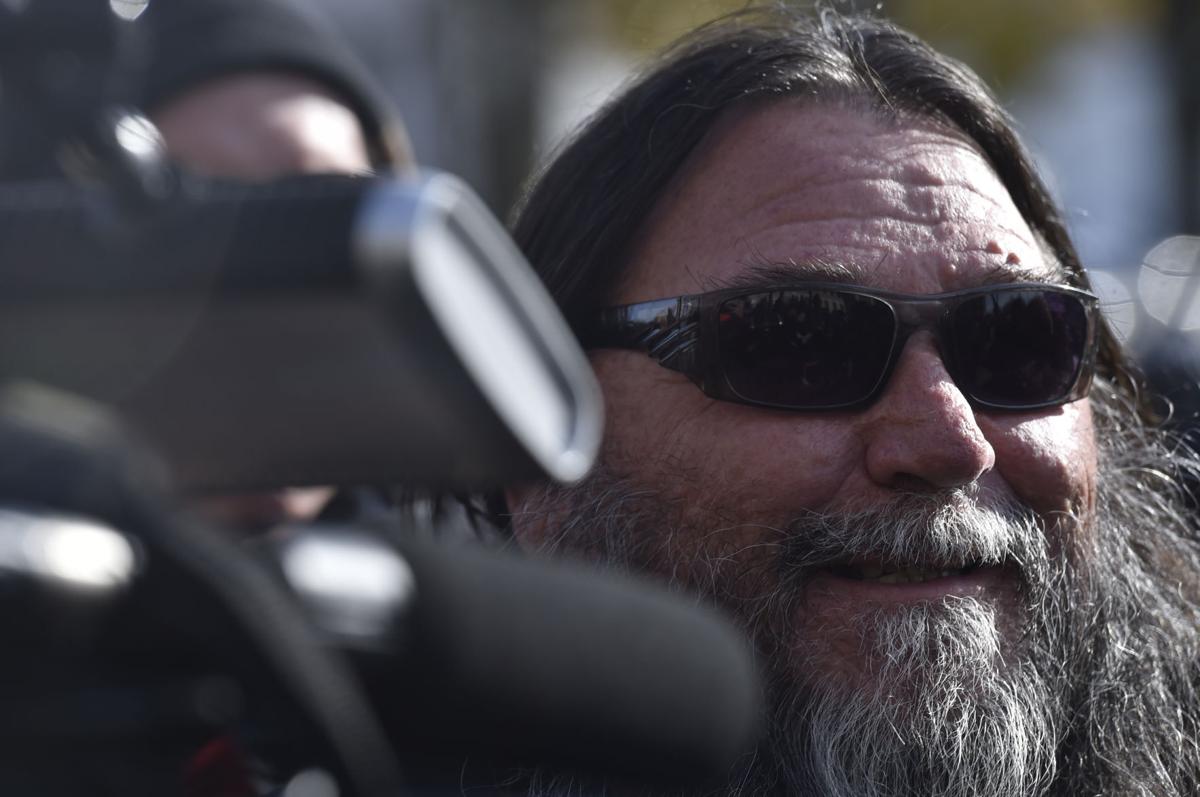 Scott Graser of Omaha shares his thoughts with members of the media in support of the not guilty Rittenhouse verdicts. 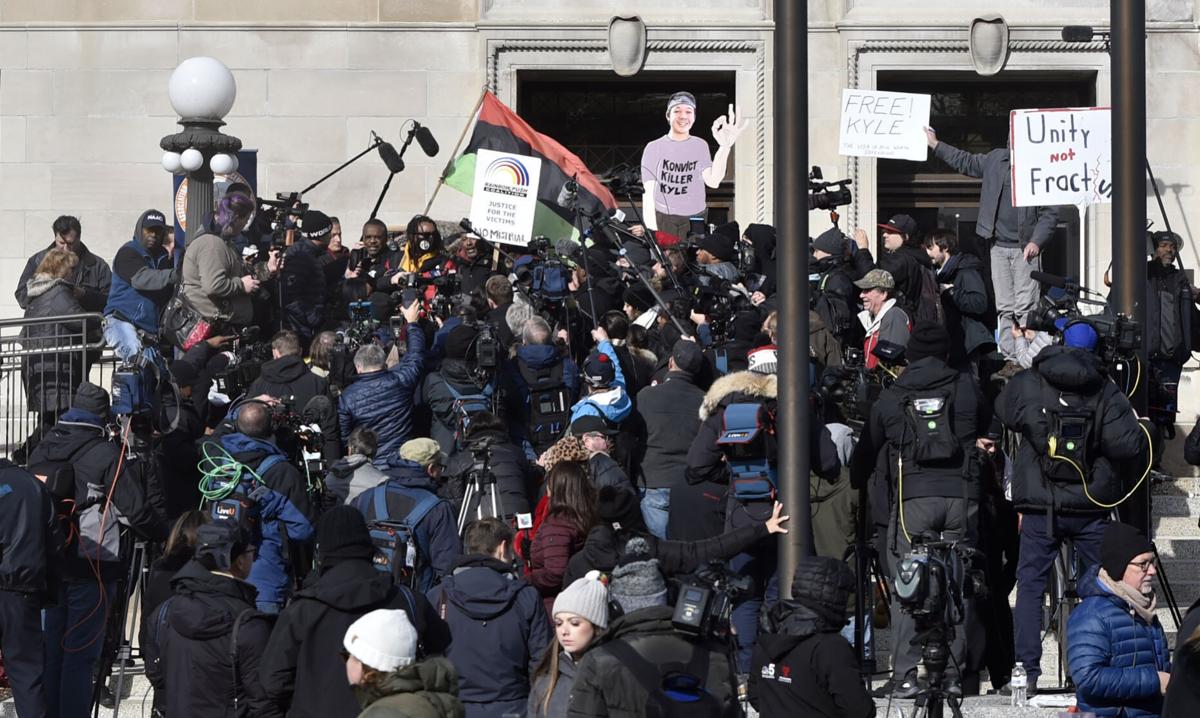 Members of the media and competing demonstrators crowd the Kenosha County Courthouse steps Friday afternoon following the delivery of not guilty verdicts in the Kyle Rittenhouse trial.