The five-person team and two alternates traveled to Camp Dodge, Iowa, where they competed in physical and mental challenges over two days.

The team will move on to the next level of competition on Nov. 6 at the Brigade Level Ranger Challenge Competition at Fort Leonard Wood, Missouri.

UNK’s ROTC program hadn’t had a team compete in the challenge until last year’s competition.

The program currently has 30 cadets and about 46% are female. With these numbers, UNK qualified to send a five-person team to the challenge. In the spring, UNK had a team compete at the challenge for the first time in 11 years, and they clinched third place.

“Last year was the first year that I think they placed since ‘92-’93, and they got third. And this year they won the Task Force. To my knowledge, the school has never gone beyond the Task Force level,” Cullen said.

In order to prepare for the competition, team practices at least twice a week, including going to the armory to work on weapons disassembly/assembly. They also have physical training three to five times a week and ruck once a week.

“Rucking is you carry a bag, kind of like a backpack at least 35 pounds. and you just have to carry it for several miles,” explained Proehl-Thompson.

The team members also took medical classes and researched through reading and watching videos. The time they have spent together has helped them form a familial bond, said Proehl-Thompson.

The competition typically starts around 6 a.m. and goes until 4 p.m. each day. It can be a grueling experience.

With only a few weeks in between competitions, the team took a week off to rest but then resumed training.

“We are taking a really critical look at areas we didn’t score as high as we could of and individual classes to fine-tune them,” Gustafson said.

The team is confident that if they can win at the Task Force level, they can also claim the championship at the Brigade.

“The cadets in the program are so smart and so hardworking,” Gustafson said. “They just bring a wealth of experience and knowledge. If we can win in our Task Force, there is no reason we can’t win at Brigade.”

The program has about five or six other students who could be competitive on the team as well, and Cullen is optimistic they will continue to grow and attract high-quality cadets. He knows this particular group is capable of bringing home more trophies for UNK.

“I will be proud of them however they end up,” Cullen said. “With the skills of this group of cadets, I wouldn’t be surprised if they won that one (Brigade), too.” 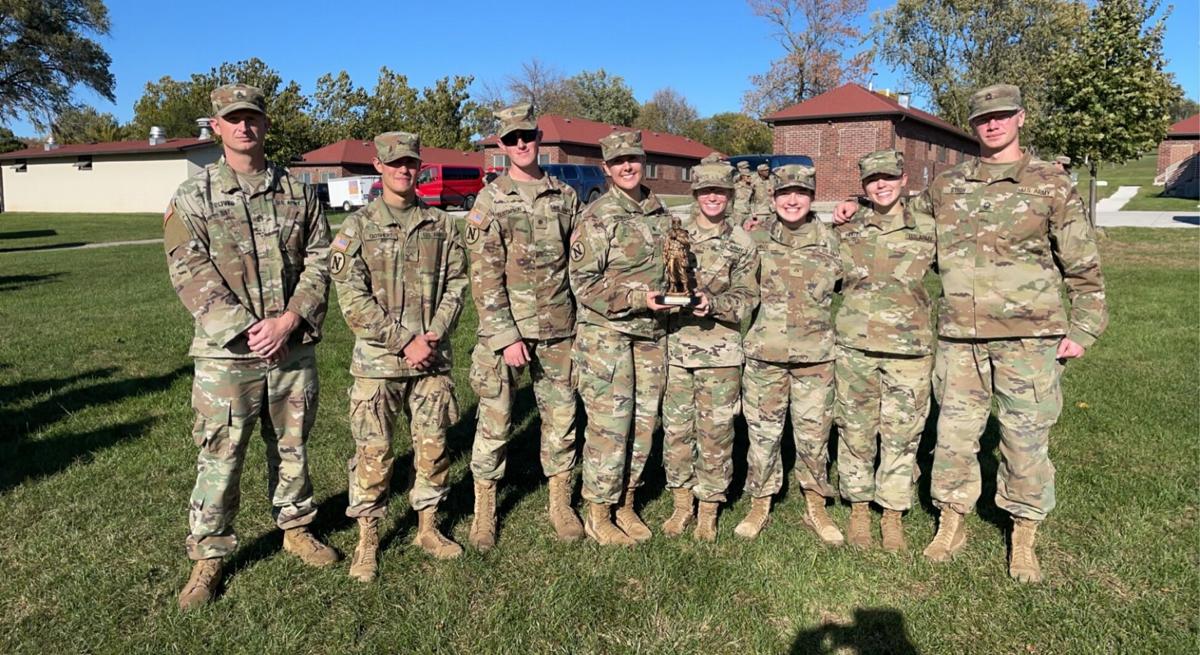 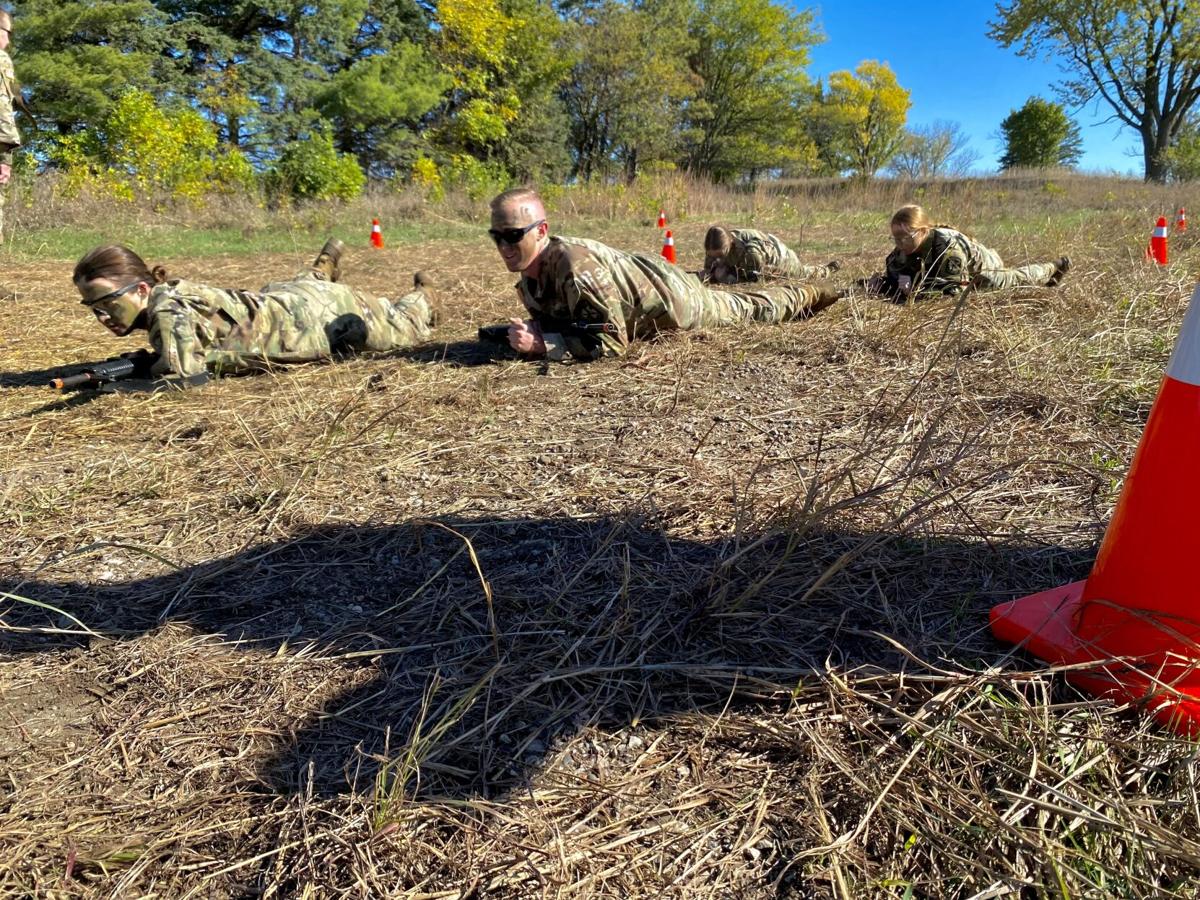 University of Nebraska at Kearney ROTC members compete in the Task Force Leavenworth Ranger Challenge Competition at Camp Dodge, Iowa. The two-day competition is a physical and mental test for the team. 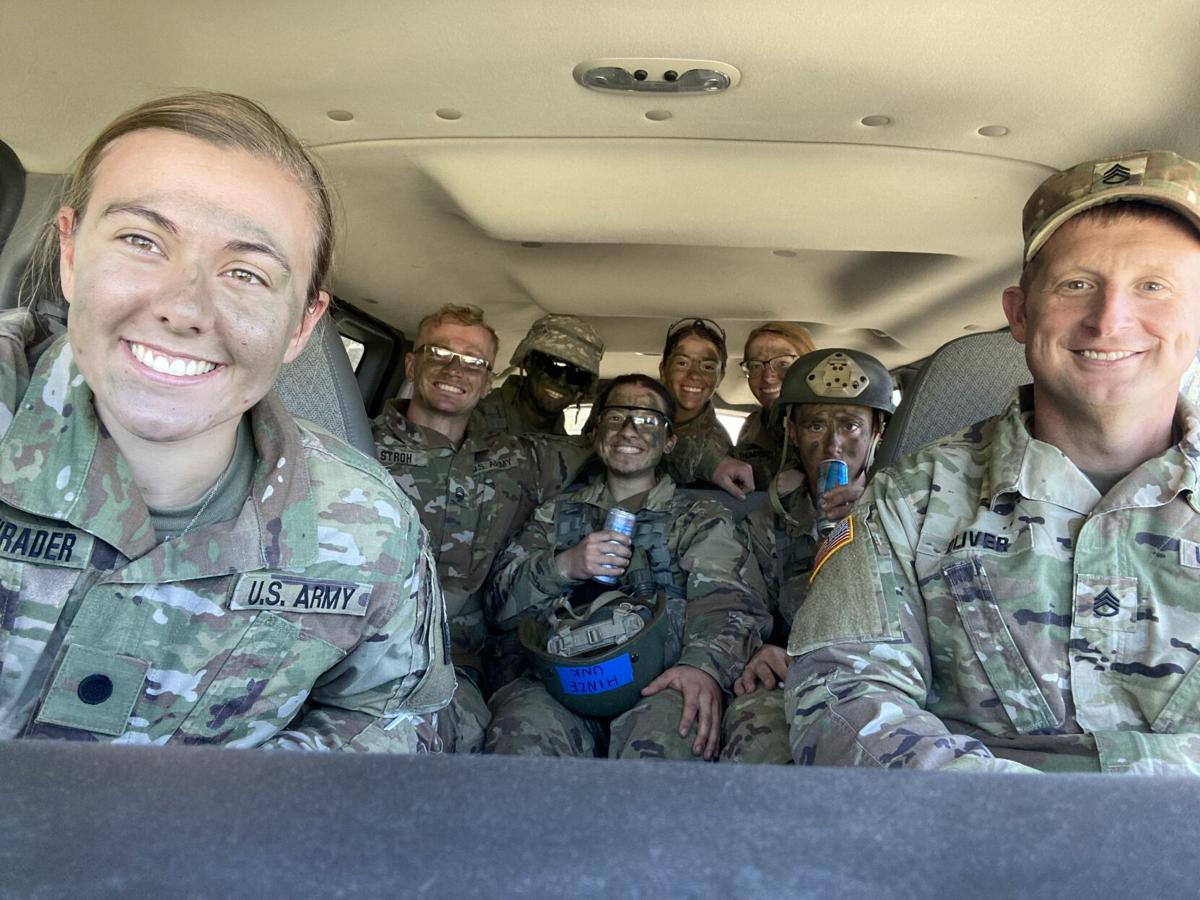 Members of the University of Nebraska at Kearney ROTC program are like a family. Their close bond helped them clinch first place at the Task Force Leavenworth Ranger Challenge Competition. 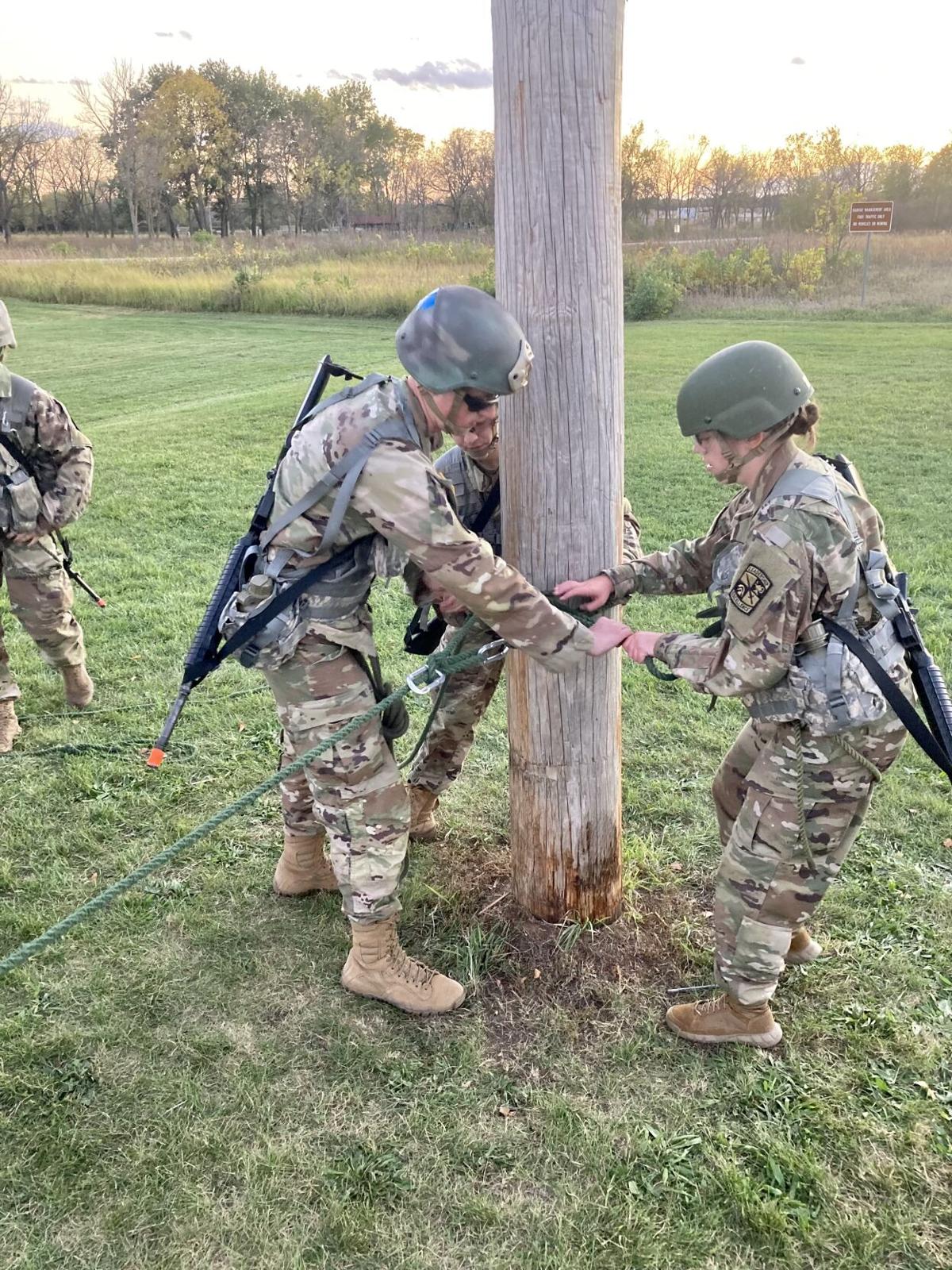 The University of Nebraska at Kearney ROTC team members work together on a challenge at the Task Force Leavenworth Ranger Challenge Competition. After two days of competing in physical and mental tasks, the UNK team claimed first place 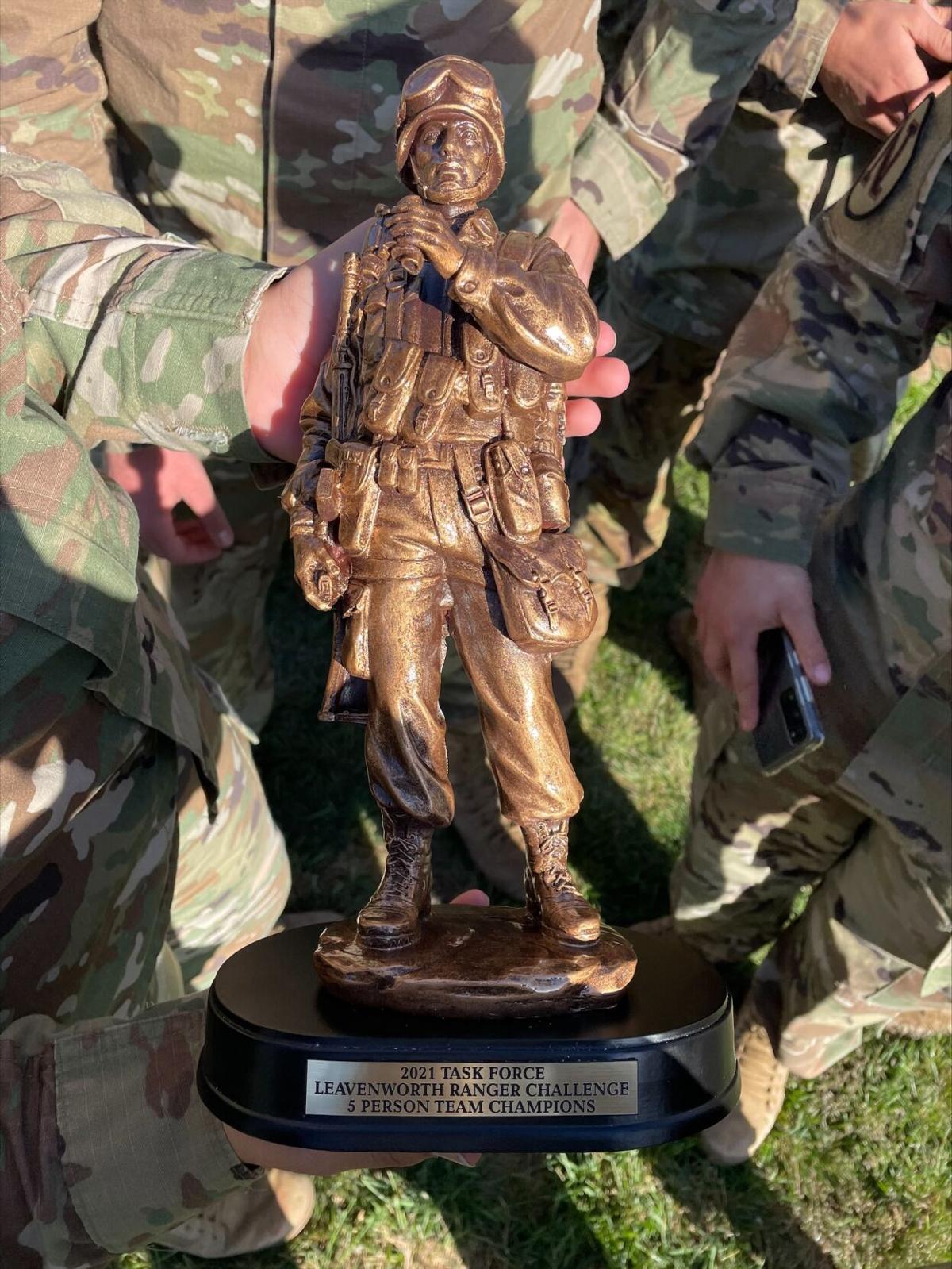 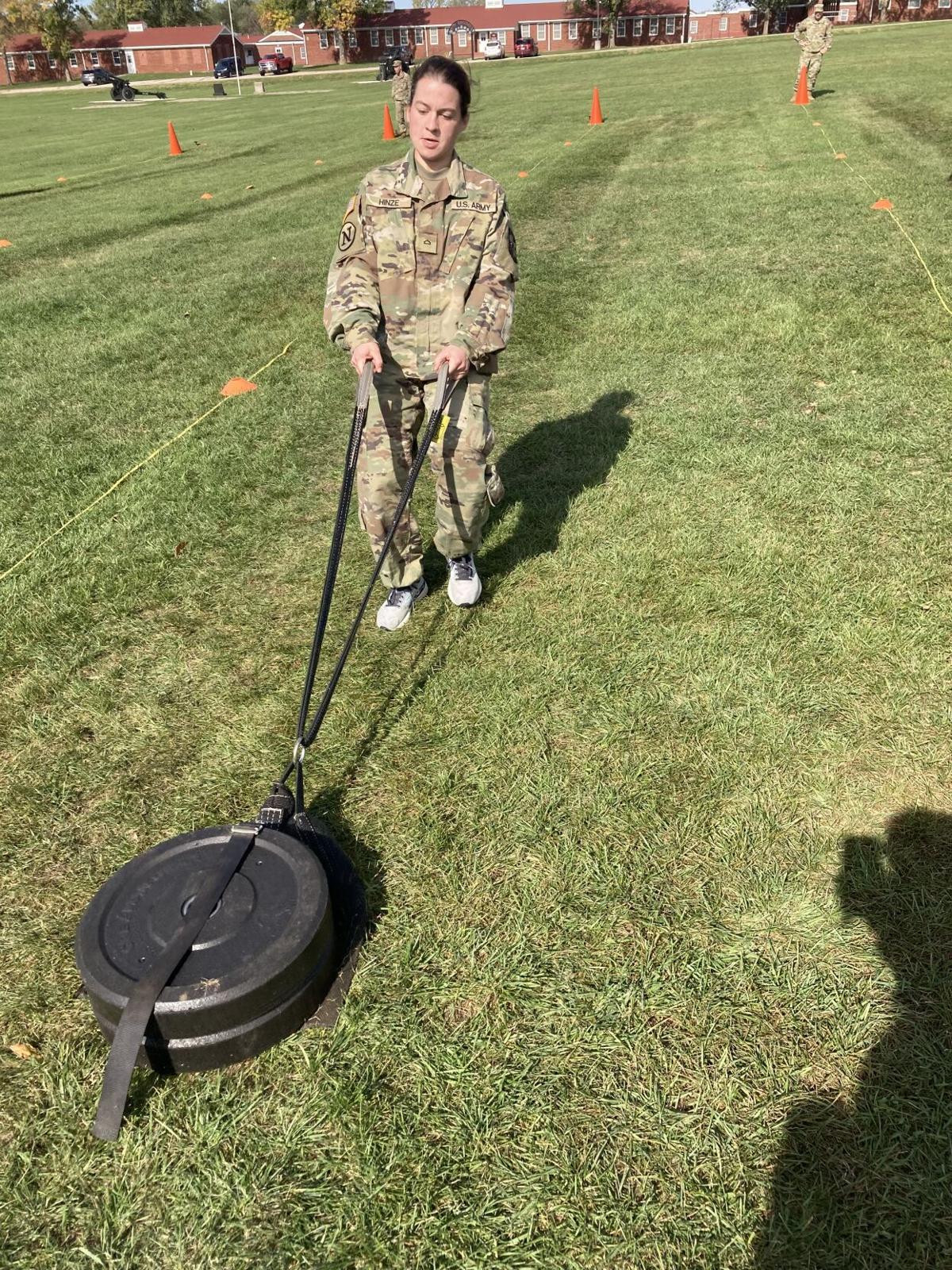 Maddy Hinze pulls a weight during the Task Force Leavenworth Ranger Challenge Competition. Maddy is a member of the University of Nebraska at Kearney’s ROTC program that competed at the competition.