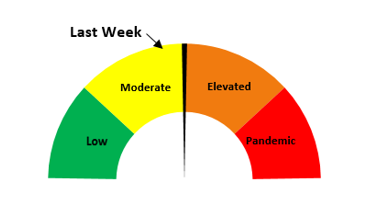 This "Risk Dial" on the Two Rivers Public Health District website shows that, as of July 23, the seven-county area hovers between moderate and elevated cases of COVID-19, but cases are rising. This dial is updated weekly. Find this and more information at trphd.org 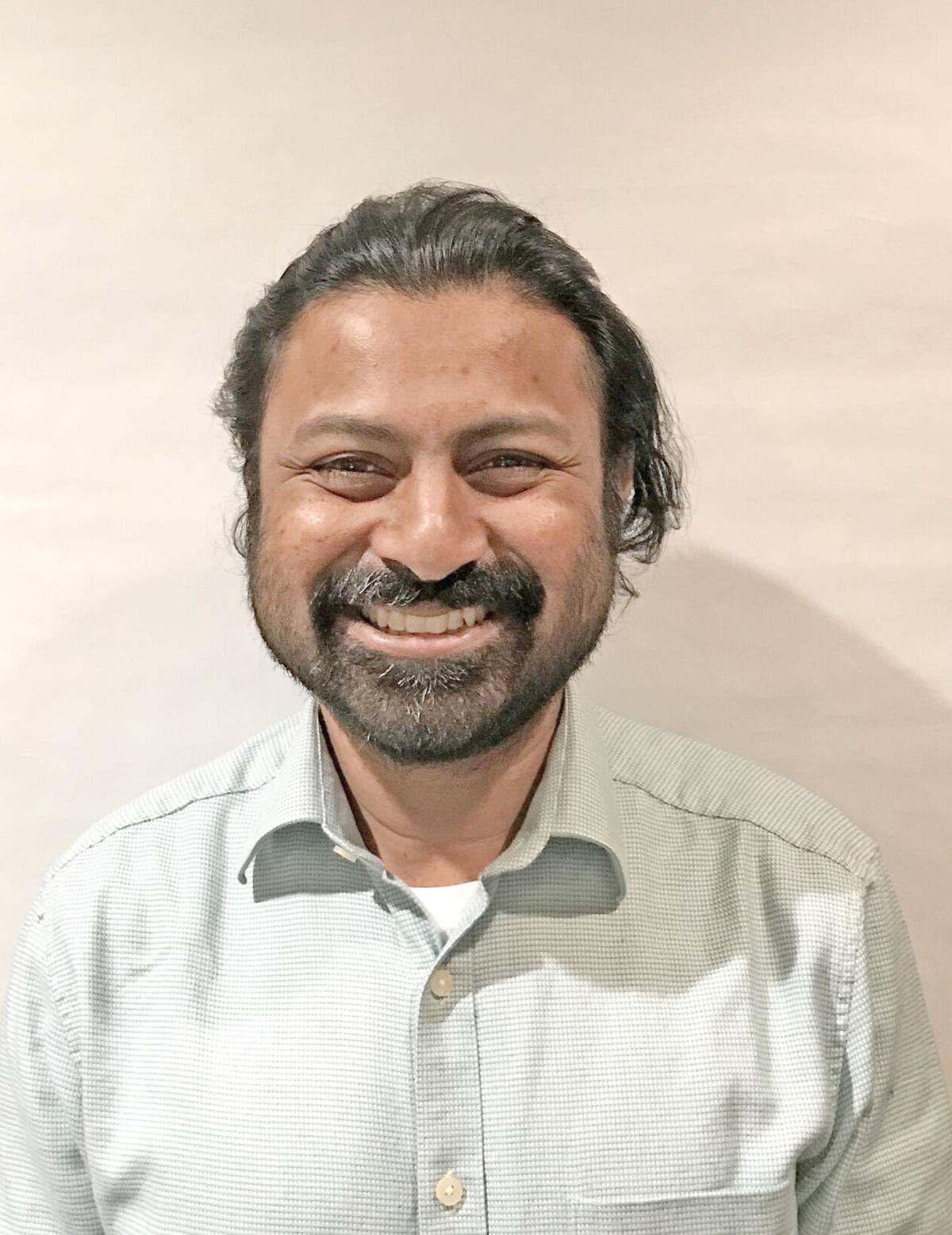 This is the first in a three-part series on COVID-19 in the Two Rivers Public Health District that includes Buffalo, Dawson, Franklin, Gosper, Harlan, Kearney and Phelps counties. On Thursday, we will look at testing and getting results. Then on Friday, Mary Jane Skala writes about wearing a mask, and the virus keeps mutating and staying ahead of research.

KEARNEY — In an ideal world, schools wouldn’t open for 18 months to keep students, teachers and staff members safe from COVID-19.

Aravind Menon smiles as he says that, then shakes his head.

“We owe children an education. For them, COVID-19 symptoms are no worse than the flu. They’re not at risk of dying, yet we’re asking them to give up on a whole year of schooling,” said Menon, himself a father of two.

But then he has a caveat: “Schools must have an alternative plan, just in case.”

Since April 1, Menon has been the epidemiologist at Two Rivers Public Health District. He eyes daily trends, keeps track of numbers, provides seven-day averages and much, much more.

“COVID-19 is unique. It’s a novel virus. Most of the experts don’t know much yet,” he said.

Menon is a native of southern India. Prior to emigrating 10 years ago to the U.S., he had 15 years of public health experience in India and southern Africa. An advanced researcher, he is fluent in multiple Indian languages.

“Women are more likely to be tested, but men are a little more likely to get COVID-19, but nobody knows why. Women are infected at lower rates, but a large number of school employees are women, so it’s inevitable that schools need a contingency plan,” he said.

“Seniors are at greater risk of severe illness, but that doesn’t mean children are immune. That, to me, has huge implications,” he added. As far as varsity sports this fall, he said swimming would be the safest, but “football? Not so good,” he said.

The Two Rivers district is one of 23 public health department districts in the state.

Menon said numbers can be a bit misleading.

Of nearly 100,000 people in the seven-county district, half are in Buffalo County and a quarter are in Dawson County. “We have higher rates in Buffalo and Dawson counties, versus much lower rates in the other five counties,” he said, adding there are more people in those counties.

Buffalo and Dawson counties account for 1,211 of the 1,288 confirmed cases of COVID-19 in Two Rivers since it began keeping records in March. Dawson County had 917 positive cases and nine deaths through 6 p.m. Tuesday, and Buffalo County had 293 cases and one death, according to the Nebraska Department of Health and Human Services.

While patients older than 65 have gotten considerable media attention, Menon is worried about those between the ages of 50 and 64. They are extremely susceptible.

“There’s been no focus on them. A lot of people working in schools are women of that age group,” he said.

Younger people deserve attention, too, especially now. The number of soaring cases across the country are largely of people from 18 to 49.

According to statistics and graphs on the Two Rivers website, out of those 885 positive cases through July 21, 422 were women and 457 were men.

In Dawson County, nearly half, or 389 people, worked in the food production industry, which reflects the COVID-19 cases that swept through meatpacking plants.

There have been 67 people in Dawson County hospitalized and 17 in Buffalo County.

Born and raised in India, Menon graduated from medical school in southern India and became a physician there.

“As a doctor I could write prescriptions and sew up a wound, but I couldn’t do anything to address public health,” he said, so he went back to school and earned a master’s of public health in India.

He has worked all over the globe, and did AIDS research in South Africa with the National Institutes of Health.

Meanwhile, in India, he met and married a woman from Lincoln. Ten years ago, they returned to the U.S. She finished medical school while he earned a doctorate in public health at Johns Hopkins University. She is now a family physician in Lexington. They have two children.

He considers it a rare opportunity to deal with COVID-19 and to make efforts to understand and tame it. He warned that vaccines could take months to perfect and distribute worldwide.

NSAA plans to proceed with current timetable for fall sports, but Class A could change

As of Tuesday, the NSAA is proceeding with its standard timetables for fall sports. But based on survey answers, things may change for Class A.

Ten new cases of COVID-19 were reported in this region Tuesday by the Nebraska Department of Health and Human Services.

“I worry about the absence of universal testing. More kids are back in day care, people are becoming more mobile. Many people over 65 are staying at home, but younger people are not, and they’re more susceptible,” epidemiologist Aravind Menon said.

Newly confirmed cases include 13 in Buffalo County, eight in Dawson County and two in Kearney County.

Aravind Menon, the epidemiologist at Two Rivers Public Health District, admits that much remains unknown about COVID-19. But he has no doubts about wearing a mask during the pandemic.

Due to rising COVID-19 cases, Phase 3 of Directed Health Measures will remain in place for Two Rivers region

Much of the state will remain in Phase 3 of the Governor’s Directed Health Measures until Aug. 31, even though a move to Phase 4 was anticipated for Saturday.

More people are being hospitalized with COVID-19 as cases rise in Nebraska.

Lexington Regional Health Center has entered into a contract with TestNebraska to offer COVID-19 testing at one of their facilities.

LINCOLN – Numbers of confirmed COVID-19 cases have jumped nearly 10 percent in the past week, according to the Nebraska Department of Health a…