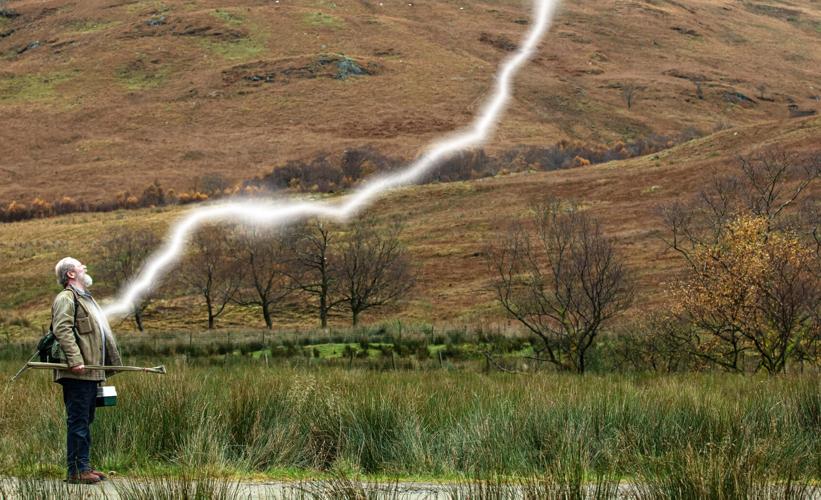 “Don vs. Lightning,” directed by Johnny Burns and Pier van Tijn, starring Peter Mullan and Joanna Scanlon. The story follows Don, a man seeking the quiet life in the Scottish Highlands who keeps getting hit by lightning.

KEARNEY — As the director of the Manhattan Short Film Festival, Nicholas Mason watches hundreds of films a year, looking for filmmaking gems to screen as part of the yearly festival.

“I find that short filmmakers often respond to current events,” he said from his office in New York City. “They tend to make stories using what’s happening in the world as a backdrop. For example, next year I’m sure we’ll see a story that we can all identify with — being a love for a family member or whatever — with the war in Ukraine as a backdrop. I’m sure I’ll get about 50 or 60 of those films.”

Last year Mason estimated he received 1,000 entries and about 10% of those entries featured stories about the pandemic.

“I find that short films remind me of Bob Dylan songs from the ‘60s,” he said. “They were very current and reflective of the times.”

Each year Mason explores the power of short films with the Manhattan Short Film Festival. The event curates 10 films, most of them with a duration of 15 minutes or less, and presents a showing across the world.

Viewers can vote on their favorite films. The screenings also qualify the short films for consideration for Academy Awards, something that greatly benefits novice filmmakers.

The World Theatre will present the Manhattan Short Film Festival Friday through Sunday. Admission is $8.

The festival will screen this year’s entries at about 180 venues across the country. The number represents an increase of an additional 100 theaters from the year 2021 due to the effects of the pandemic.

“In 2020 I think there were about 30 theaters showing the films,” Mason said. “I think we’re about back to full strength. We’re back to about 90% across the United States, which is very positive.”

Because of the return to live presentations in theaters, the festival will not be shown virtually this year.

“I’ve always said that the films I remember the best were the films I saw in the space of a forum with other people,” the director of the festival said. “For the Manhattan Short Film Festival, it’s imperative. The films have very strong messages, and a strong message is stronger with 100 people in a room than just yourself sitting at home in front of your TV.”

After viewing the films, audience members can vote for their favorites, something that gives the patrons a sense of ownership in the event.

“When we first started, we used to have celebrities judge the event, and the event was not known,” Mason said. “When we branched out in 2004 to seven cities in seven states, the concept of everyone getting a vote, that was the best ‘accident’ or invention, or whatever you want to call it, that ever happened to this festival. That was when the festival found its voice. It was then it became something. Before, we were just showing short films. Now we’re showing short films from around the world, and we’re asking for the public to be the judge.”

Audience members take the voting seriously. Mason noted that in years past, less than 10 votes separated some of the winners. Out of 70,000 votes. Mason believes that handing the judging to the public has helped make the festival so successful.

“From our end, it’s amazing when you consider that there are 20 cinemas in Kyiv, Ukraine, taking part of this,” he said. “There are showings across Australia, across Europe and the U.S.A. You can see how varied all of this is. I’m going to be fascinated to find out which film wins this year.”

Mason uses voting to help him decide on the films for coming years.

As for his appetite for watching films, it remains strong.

What: Screening of the Manhattan Short Film Festival

Earlier this month, 500 teachers and support staff were trained on how to conduct home visits. It's one tool intended to help curb student misbehavior and increase family engagement.

Former Nebraska interim coach Mickey Joseph was arrested Wednesday on suspicion of strangulation and third-degree domestic assault, and has been placed on administrative leave.

The organization’s mission is to serve and honor all first responders, veterans and their families; build appreciation and respect for their work; and enhance public safety.

Those who grieve are invited to share, find comfort at Sunday lunch at St. James Catholic Church.

The Buckle ready to roll out new spot at Hilltop Mall

The new location will officially open at 10 a.m. Tuesday. On Thursday at 9:30 a.m. a ribbon cutting is planned. The event will kick off the store’s grand opening.

Enjoy a tasty lunch at senior centers this week

Senior centers offer tasty, nutritious lunches for those over 55.

Give Where You Live: 24 hours of donations

Give Where You Live: 24 hours of donations

France plans to ration power in case of shortages

France plans to ration power in case of shortages

“Don vs. Lightning,” directed by Johnny Burns and Pier van Tijn, starring Peter Mullan and Joanna Scanlon. The story follows Don, a man seeking the quiet life in the Scottish Highlands who keeps getting hit by lightning. 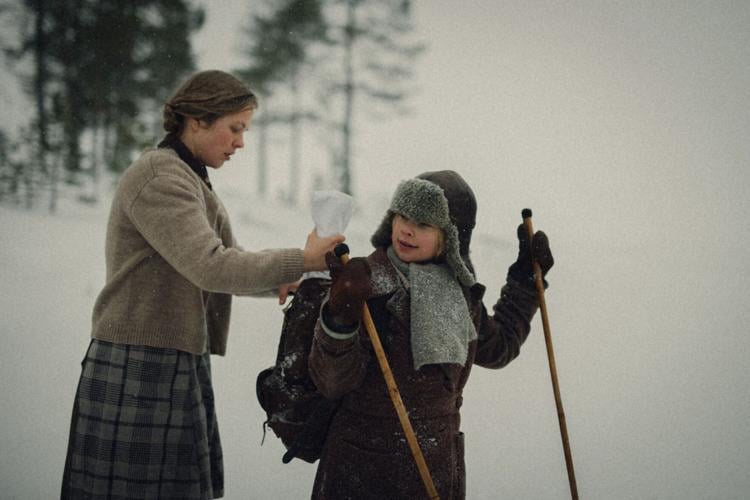 “The Blanket,” directed by Teppo Airaksinen, from Finland, starring Elina Patrakka, Iida-Maria Heinonen and Elina Keinonen. Set in the winter of 1939, a 10-year-old girl is sent to fetch milk for her baby brother. She finds more dangerous hazards than just thin ice. 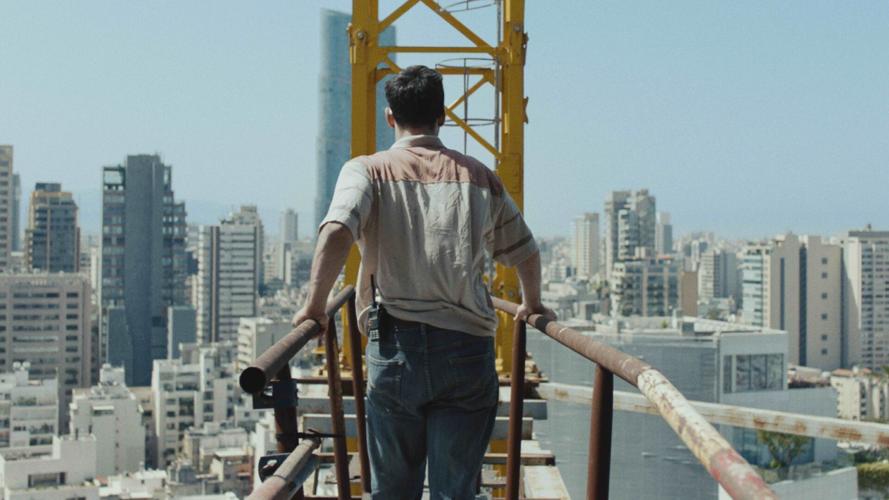 “Warsha,” directed by Dania Bdair, from France and Lebanon, starring Khansa — A Beirut construction worker volunteers for the most dangerous job on the site. Away from everyone’s eyes, a secret passion takes flight. 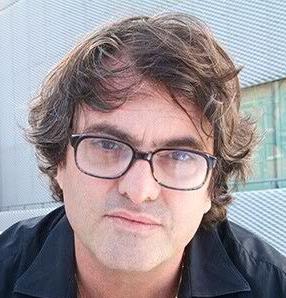