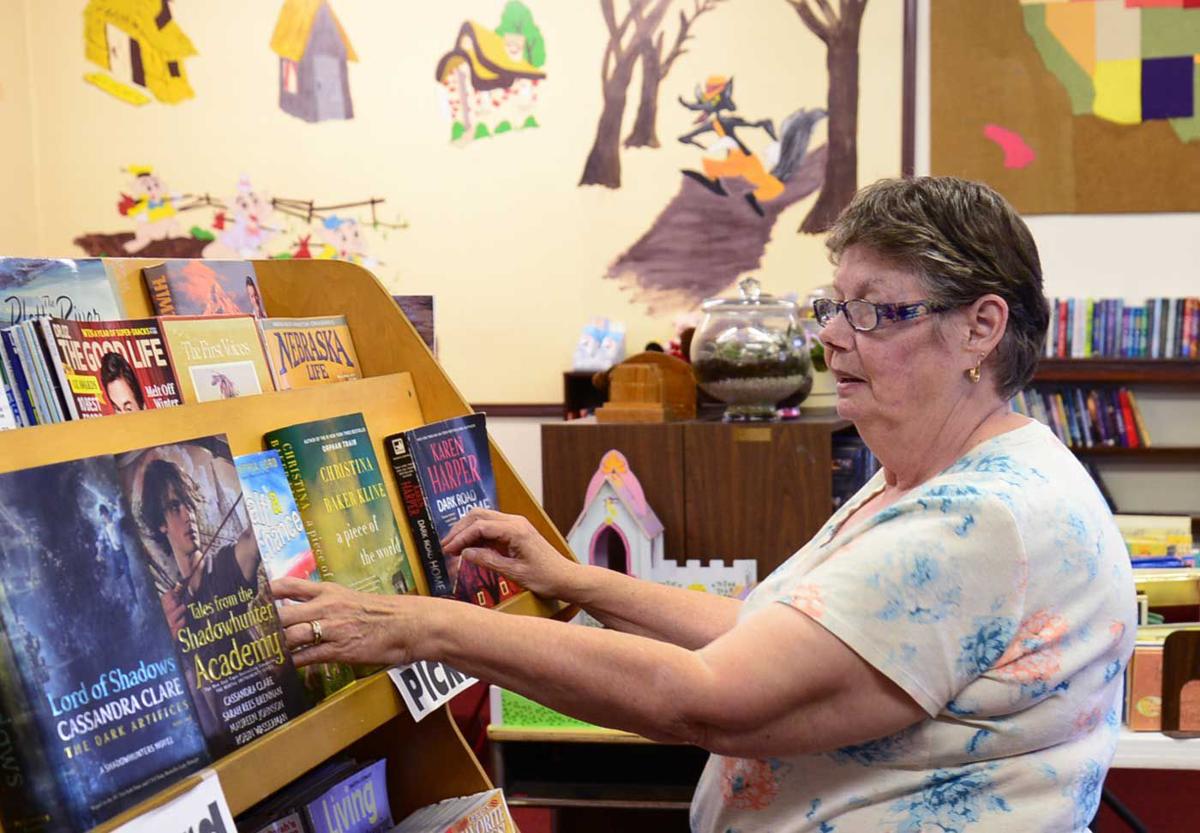 Elm Creek Public Library Librarian Jane Walker arranges books at the library that once was a one-room schoolhouse. 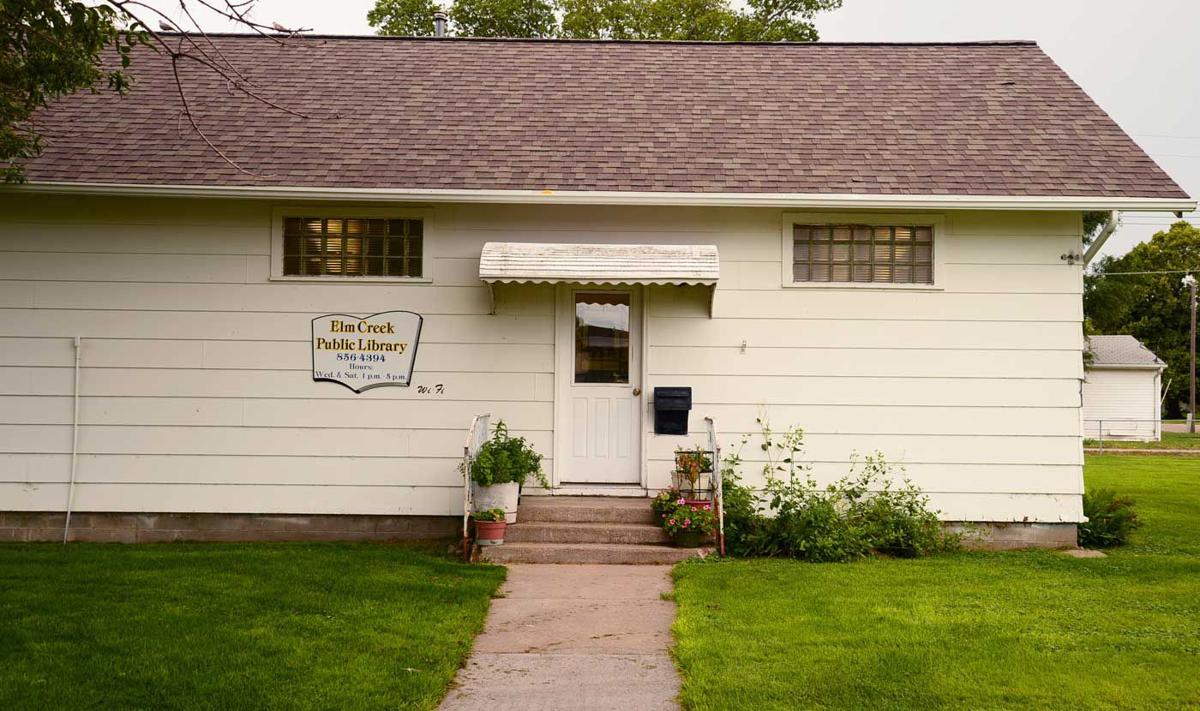 The Phelps County District 52 schoolhouse was purchased by the village of Elm Creek in 1954. It was moved to 241 N. Tyler St. in Elm Creek and converted into a public library in 1955.

ELM CREEK — A library full of endless treasures and thick in history lies in Elm Creek.

Elm Creek Public Library was converted to the library from 1954-1955.

“It was a one-room schoolhouse that was moved in here,” Elm Creek Librarian Jane Walker said. “The people in the community wanted something, and everybody donated a bunch of books to start out with.”

According to a book compiled by the Elm Creek History Book Committee for print in 1987, the Woman’s Club had book parties that usually featured plant sales, bake sales and coffee.

After many relocations of the library over the years, a permanent home was eventually made in 1955 in the former school house. In 1954, the village of Elm Creek purchased the Phelps County District 52 schoolhouse for $1,750. An Elm Creek resident donated land at Tyler Street and Calkins Avenue for its final destination.

As the library became more popular, an addition was built in 1982 to provide room for more books.

Walker, the librarian since 1988, said she enjoys seeing the community come together to spread the love of reading.

“I get to see all the new books that come in, and I get to work with all the kids,” Walker said.

Some of the special things the Elm Creek Library offers today are free Wi-Fi, summer reading programs and book sales.

Preserving history inside the White House

Preserving history inside the White House

Of all his deployments none was more dangerous than 2005-06 in Iraq. Eynetich was a member of the Guard’s 167th Cavalry Regiment in Hastings.

The scooters have GPS technology that allows the owner to track where they are and where they have been. There currently are almost 250 Bird Scooters in Kearney.

After 13 years, TRU Cafe plans to close in two weeks

TRU Cafe also was the first in Downtown Kearney: The Bricks to feature fresh air dining on the sidewalk outside the establishment.

Ravenna sheep farmer accused of defrauding bank about his herd

LINCOLN — A Ravenna man has been federally indicted for bank fraud between 2017 and 2019.

It said this is the first COVID-death in its seven-county region since spring.

Physicians: Get vaccinated or get COVID-19

Two Rivers has seen 105 new cases of COVID in the last two weeks in its seven county area. Most of the cases are the delta variant.

This morning Two Rivers reported 77 new cases in the past week (July 23-29), more than triple the 22 new cases last week.

There will be 160 jurors summoned for the trial, and a questionnaire will be used in the process of selecting jurors.

Elm Creek Public Library Librarian Jane Walker arranges books at the library that once was a one-room schoolhouse.

The Phelps County District 52 schoolhouse was purchased by the village of Elm Creek in 1954. It was moved to 241 N. Tyler St. in Elm Creek and converted into a public library in 1955.