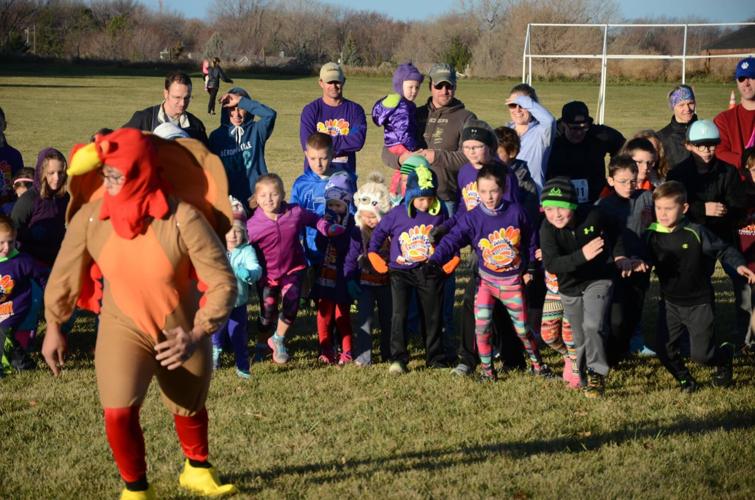 The biggest turkey in a past Turkey Trot was this fellow in a costume. 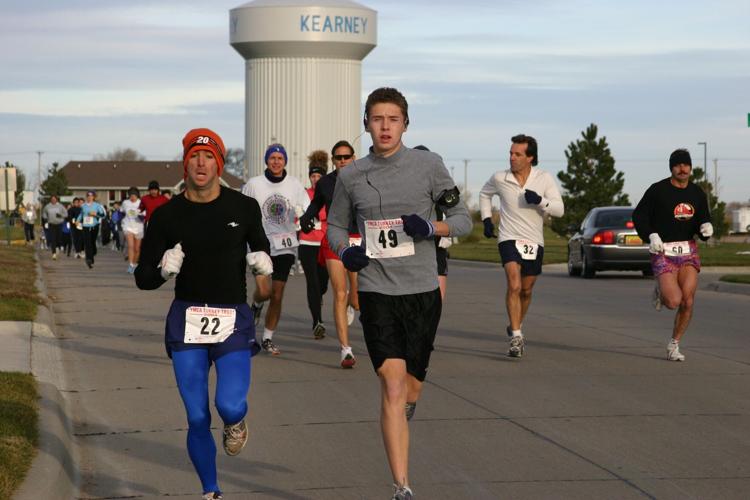 Runners take off in a previous Kearney Family YMCA Turkey Trot. The 20th annual race is set for Thanksgiving morning.

Costumes are encouraged for the 1,000 runners, joggers, dog-walkers and stroller-pushers assured of a vigorous workout before they feast on turkey, mashed potatoes and pumpkin pie. They’ll be thankful for Mother Nature, too, who promises sunshine, clear skies and temperatures a bit above 32 degrees.

As for the dogs who jog, they might even win a prize. In an awards ceremony after the races, prizes will be given to every participant, along with the top three female and male runners, the best costume and “top dog,” which will be the first dog to finish with its owner, according to Laura Aden, co-race director.

The fun begins at 8:30 a.m. with the Gobble Wobble for ages 12 and under. It is free; Gobble Wobble T-shirts will be on sale for $10. The five-mile race starts at 9 a.m., followed by the two-mile race at 9:05 a.m. Entry fee is $35 per person for either race. Participants with strollers and dogs will be asked to start at the back.

Results will be available at the finish line, posted on the Kearney Family YMCA website and sent by text. They can also be emailed within 24 hours.

The event encourages health, wellness, unity and giving back to the community, Aden said. It will benefit the Kearney Family YMCA’s annual Strong Families Campaign, which makes sure that no participant is turned away from the YMCA due to financial hardship.

Due to construction at the YMCA, no parking will be available there. Participants can park at eFree Church at 4010 Seventh Ave. or First Presbyterian Church at 4511 Sixth Ave., across the street from the YMCA. Parking will not be permitted on Seventh Avenue itself because it is part of the race course. 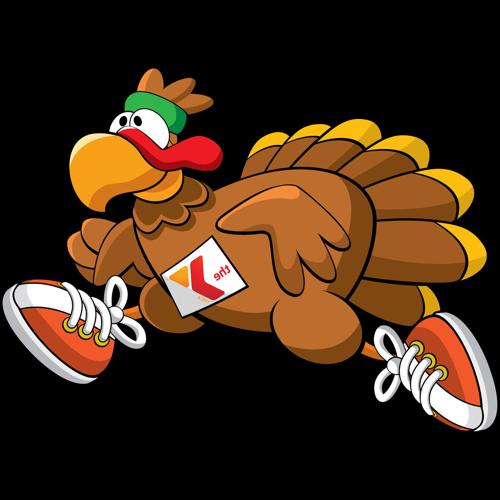 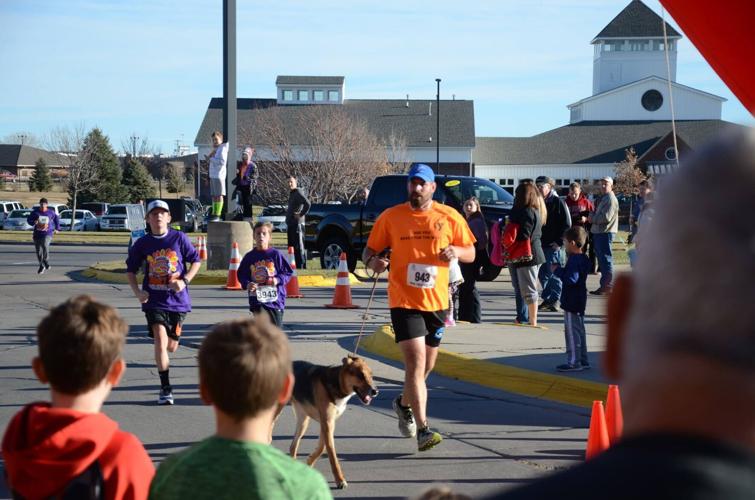 A dog leads his master along the Turkey Trot route during a previous event. 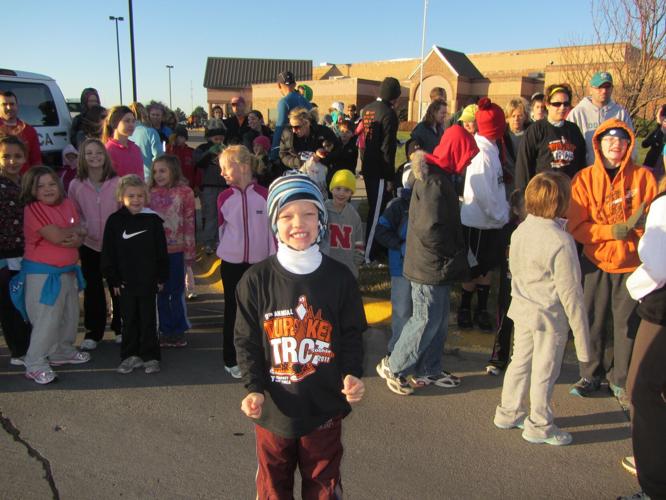 This happy fellow ran in a past Gobble Wobble at the Kearney Family YMCA's Turkey Trot.

The biggest turkey in a past Turkey Trot was this fellow in a costume.

Runners take off in a previous Kearney Family YMCA Turkey Trot. The 20th annual race is set for Thanksgiving morning.