He graduated from Kearney State College in 1975 with a business degree, and upon graduation he joined the U.S. Navy. Vetter completed aviation officer candidate school, and he flew for the Navy for five years. After leaving the Navy, Vetter returned to Kearney to get his degree in education, and he began teaching in Taylor.

After teaching in Taylor for a year, Vetter was looking for a new teaching position when he received a call from his former commanding officer. He was hoping Vetter would consider coming back to the Navy.

“I got out of the Navy because I used to fly, and I would be gone for six months at a time. I would come home and be home for about a year, and then I’d be gone for six months at a time. Now that I had kids, I loved flying and I loved the Navy and I loved everything about it, but I didn’t think it was a great place to raise kids. Every three years I had to move and I was gone half of that time it seemed like,” he explained.

Vetter’s former commanding officer offered him a position in the Navy Reserve where he would only have to be gone one month out of the year. Vetter and his family moved to Glenview, Illinois, for the Navy, and they stayed there for the next five years.

Upon leaving the Navy, the Vetters moved to Fairbury. Vetter worked in insurance and banking. But he continued to pursue his love for coaching and working with kids by organizing youth basketball and football programs in the town. He also volunteered as the high school assistant basketball coach for six years. Coaching gave Vetter the bug to get back into education.

Vetter renewed his teaching certificate through the University of Nebraska-Lincoln. He taught physical education and coached basketball at Chester-Hubbell-Byron for two years. He went on to be the assistant principal and activities director at Fairbury for four years and then became the Fairbury principal for 12 years.

Vetter and his wife, Lori, loved Kearney. When the Pleasanton superintendent position opened, Vetter applied and was offered the job. Vetter coached the Pleasanton boys basketball team for three years, and the team made it to the state tournament in 2020. He decided to step down from coaching, knowing this would be his last year at the school.

“You just kind of get that sense. You just know it’s time,” he said.

The Vetters plan to stay in Kearney, but they intend to travel to visit their three children and five grandchildren who live in eastern Nebraska. Vetter hopes to volunteer or get a part-time job to occupy his time, possibly even returning to Pleasanton to substitute teach or drive bus.

“I think we are really going to love retirement for about three months, and then we are both going to say we’ve got to go do something else,” Vetter said with a laugh.

Superintendent James Widdifield repeatedly asked Sinsel to put on a mask or to leave the building.

Work to begin on Kearney's Whitewater Park; ready for users in spring 2022

The park will include two sets of rapids — or “drop structures” that will create whitewater for recreational and more experienced paddlers.

Arreola was arrested Saturday, and today remained at the Buffalo County Jail.

In July, he left his office and started working side by side with other nurses tending to patients, something Patterson said he missed a little being in his managerial role.

If the man fails to complete any portion of his probation, he faces up to 90 days in jail at the judge’s discretion.

For most Kearney businesses, masks up to customers

“We are letting customers decide,” U-Save Pharmacy technician Jackie Augustyn said. Masks were required for both customers and staff members last winter, but masks became optional for customers when the city mandate expired.

A Kearney man has been convicted of felony intentional cruelty to an animal after cutting his dog.

Some say no: Why are you not getting the COVID-19 vaccination? 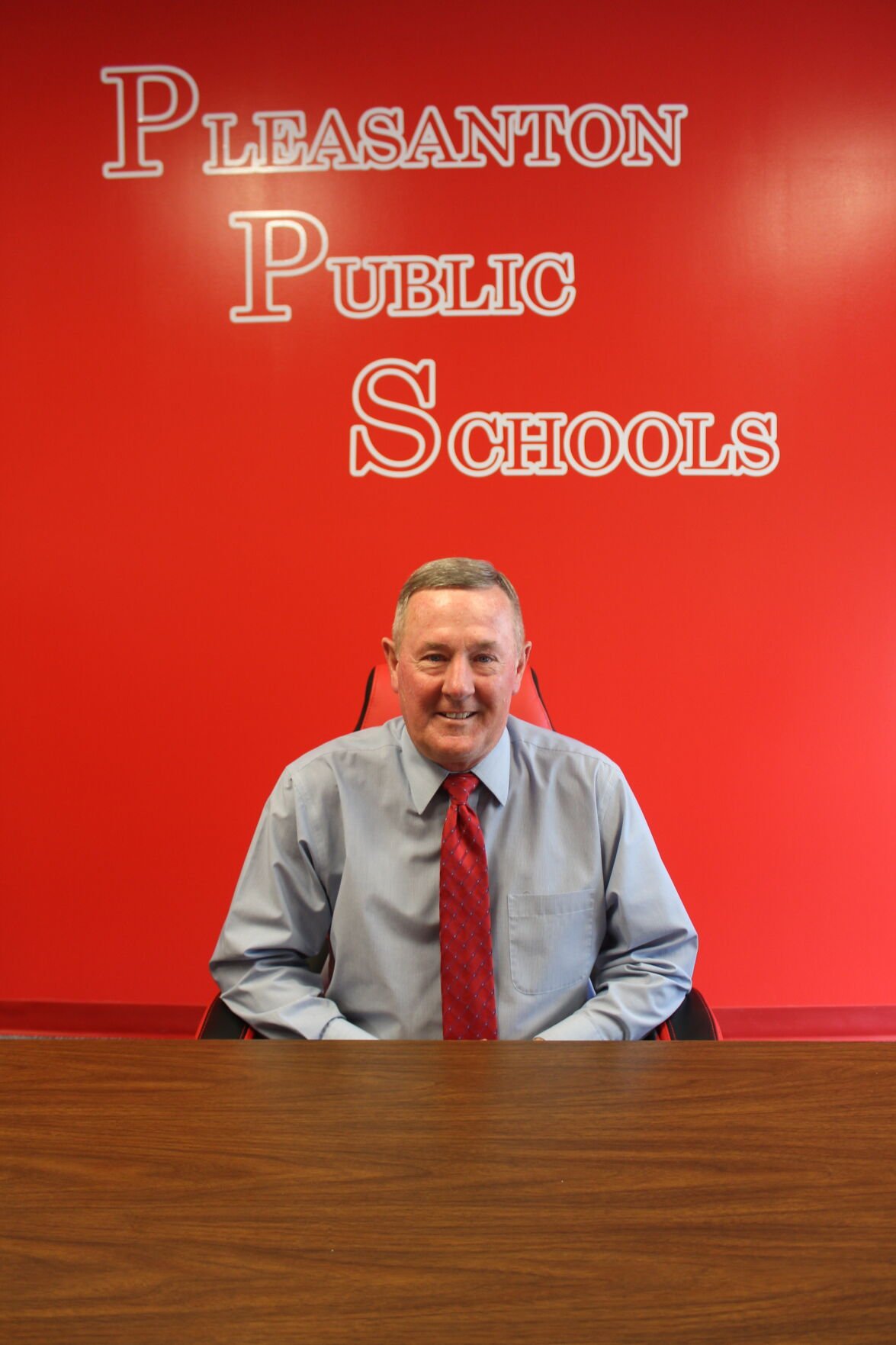 Pleasanton Public Schools Superintendent Jeff Vetter will retire at the end of this school year after five years in the district. Vetter has worked in education for 23 years. 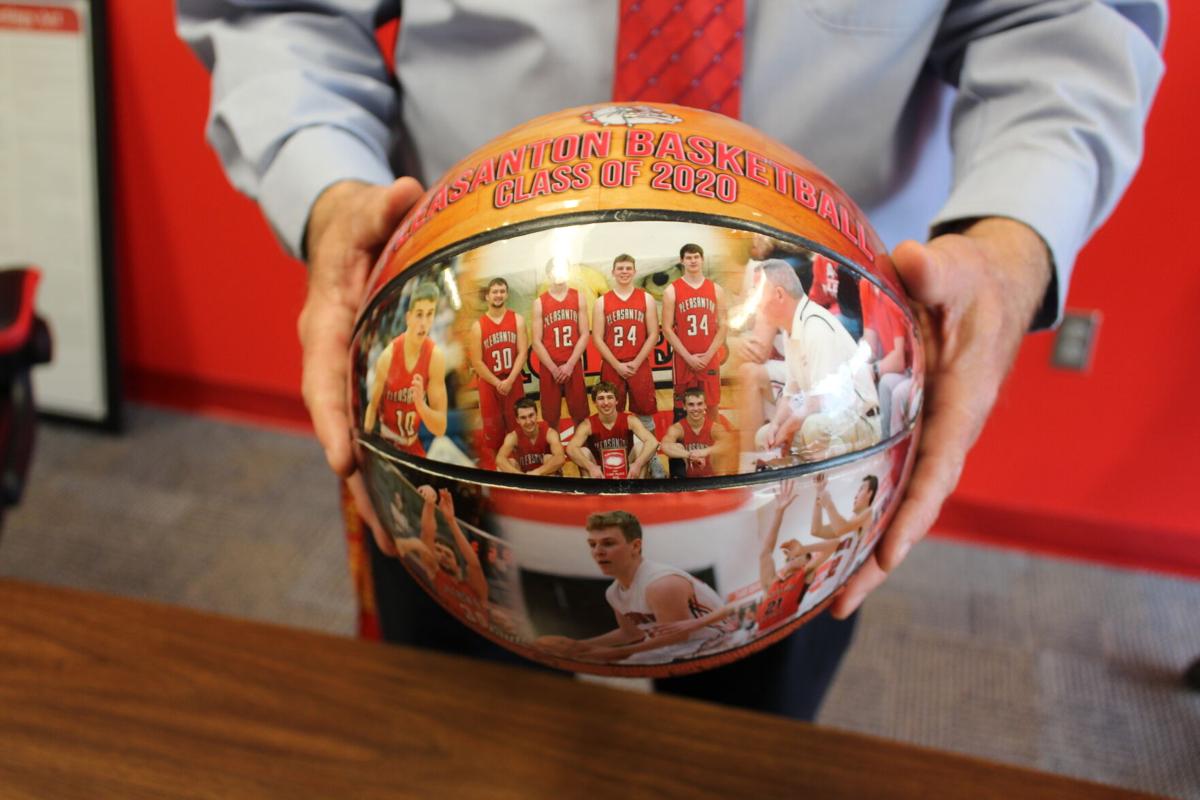 This basketball was presented to Pleasanton Public Schools Superintendent Jeff Vetter after he led the team to the state tournament as the head coach in 2020. Vetter coached the team for three years. He is retiring from his role as superintendent this year.