“You hit a pedestrian,” he said with a slight smirk, his comment directed toward 15-year-old James Murray.

“He came out of nowhere,” the Seward teen quickly replied. “I didn’t even see him.”

“He was definitely in the crosswalk,” the driver education instructor assured.

Luckily for Murray, this accident was nothing more than a learning opportunity. He restarted the driving simulator and paid a little closer attention on the next go-around.

Exchanges like this are common at the Nebraska Safety Center, which teaches hundreds of teens the ins and outs of driving each summer.

The center, part of the University of Nebraska at Kearney, began offering driver education in 1981 — three years after opening — and the program has slowly grown ever since. There are 59 sessions this year, including fall courses, and 41 participating schools spanning from West Point to Hastings to Chadron.

An average of 760 students take driver education through the Nebraska Safety Center each year.

“We’re already at 710 this year and we haven’t even made it to fall classes yet,” said DeAnn Keith, a traffic specialist at the Safety Center. “We’re going to break our previous record.”

The center has 23 certified instructors who lead the courses, which consist of 20 hours in the classroom and five hours of on-street driving. Those who can make the trip to Kearney get an additional eight hours of time using the simulators and an on-site driving range.

The setup, located just south of the UNK campus, is unlike any other in Nebraska.

Inside one room, driving simulators line the walls like a Dave and Buster’s arcade. That’s where Hilkemann was offering friendly reminders as students grew increasingly frazzled.

“You missed your turn.”

The simulators have all the bells and whistles — seat belts, gas and brake pedals, speedometers, gear shifts, separate monitors for each mirror — and they can be adjusted for situations such as city or highway driving, nighttime, rain and the dreaded crash-avoidance scenario.

It was tough for many of the young drivers to remain calm as they swerved pedestrians wandering onto the roadway, vehicles suddenly stopped in front of them and that pesky moped jetting into an intersection.

“The moped gets them about every time,” said Hilkemann, a social studies teacher at Central City Middle School who became a certified driver education instructor in 2016.

Hilkemann called the simulators an “awesome opportunity” for students to experience tricky driving situations without the real-world dangers.

“Even though it looks like a video game, they take it pretty serious,” he said.

Cooper Johnson can attest to that.

“Gave me a few gray hairs,” he muttered after completing one simulation scenario.

The 15-year-old from Amherst already has his learner’s permit, but there’s an insurance discount waiting for him after completing driver education.

Driver education, which is open to youths ages 14 and older, isn’t a requirement in Nebraska. However, there are some obvious benefits.

Participants younger than 18 who complete the program don’t need to take the written or driving tests through the Nebraska Department of Motor Vehicles for certain permits, and it can lead to fewer stressful moments in the passenger seat for parents.

“It is great for them to get the extra experience,” said Erin Howard, transportation safety manager at the Nebraska Safety Center. “Once they get comfortable, they develop a trust with the instructors that can be different than with their parents. They listen to the instructors and take their advice to improve their skills.”

On the Safety Center’s driving range, students used a fleet of numbered Chevrolet Impala and Ford Taurus sedans to complete a checklist of maneuvers as they were called out (through the vehicles’ speakers) by Allen Duerksen. The instructor, whose full-time gig is teaching physical education at Central City High School, provided instant feedback from an observation tower overlooking the course.

“Car No. 5, turn your wheels the other direction.”

The range, which features marked streets, a set of traffic signals and various signs, allows students to practice parking, turning, merging and backing up in a low-speed environment. Up to 12 vehicles can cruise the course all at once.

“When an instructor is in the tower, there are many areas to watch and help coach the students through,” said Howard.

It’s a lot to handle for the drivers, too.

Murray, the 15-year-old from Seward, was feeling better about his parking and braking abilities after a day at the Nebraska Safety Center, but he admitted there’s plenty of room for improvement in other areas.

“I thought I was a great driver, but my dad said I wasn’t,” Murray said, acknowledging his father was right.

Although there were a few hiccups, including that poor pedestrian in the simulator, the Safety Center was a “great experience,” according to Murray.

“This is definitely cool,” he said. “It’s above what I expected.”

Of all his deployments none was more dangerous than 2005-06 in Iraq. Eynetich was a member of the Guard’s 167th Cavalry Regiment in Hastings.

The scooters have GPS technology that allows the owner to track where they are and where they have been. There currently are almost 250 Bird Scooters in Kearney.

After 13 years, TRU Cafe plans to close in two weeks

TRU Cafe also was the first in Downtown Kearney: The Bricks to feature fresh air dining on the sidewalk outside the establishment.

Ravenna sheep farmer accused of defrauding bank about his herd

LINCOLN — A Ravenna man has been federally indicted for bank fraud between 2017 and 2019.

It said this is the first COVID-death in its seven-county region since spring.

Jones remains in custody at the Buffalo County Jail on a $100,000 bond.

Physicians: Get vaccinated or get COVID-19

Two Rivers has seen 105 new cases of COVID in the last two weeks in its seven county area. Most of the cases are the delta variant.

This morning Two Rivers reported 77 new cases in the past week (July 23-29), more than triple the 22 new cases last week. 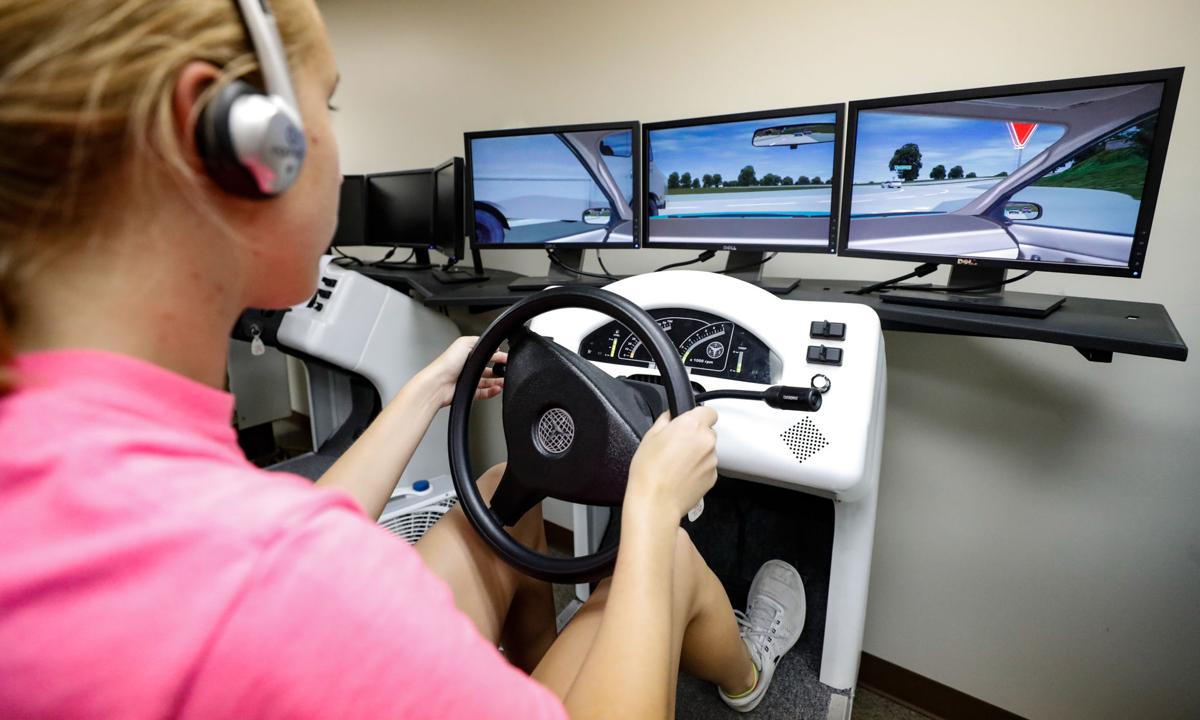 Myra Mommens of Thayer tests her driving skills using a simulator at the Nebraska Safety Center, which is part of the University of Nebraska at Kearney. 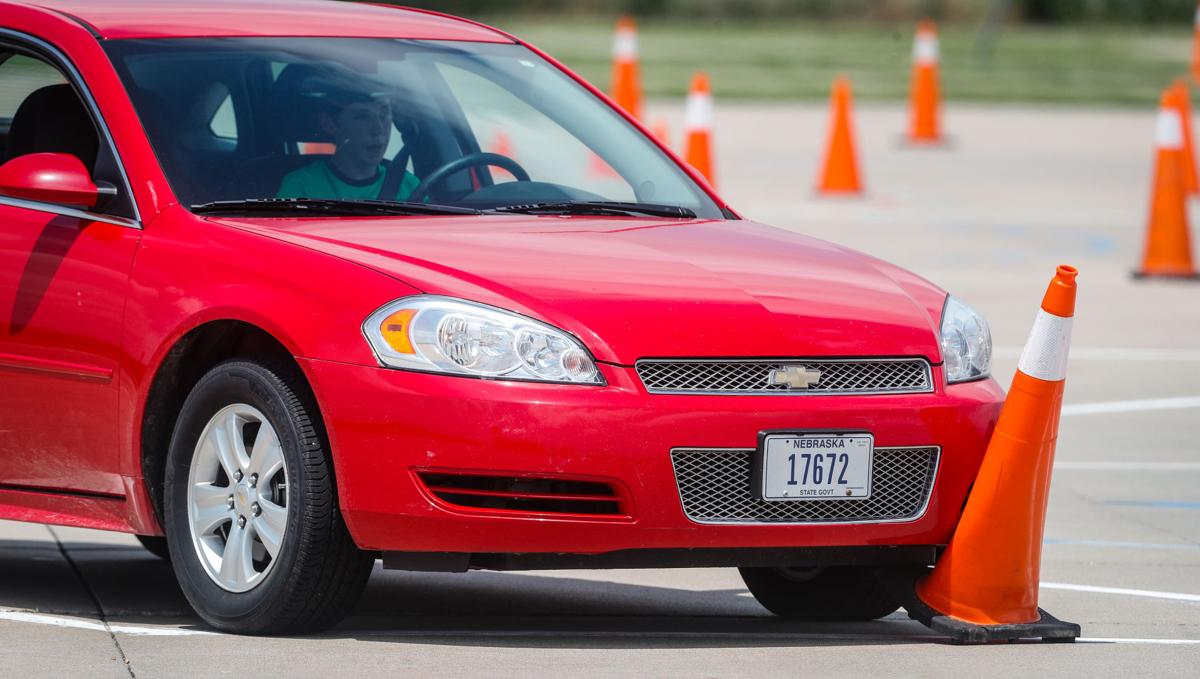 A student cuts it a little too close on the driving range at the Nebraska Safety Center, which is part of the University of Nebraska at Kearney. The range, which features marked streets, a set of traffic signals and various signs, allows teens to practice driving in a controlled environment.