ELM CREEK — Chloe Harms chose her future career path in music education on a bit of a whim.

Harms has played the euphonium in band since she was in fifth grade, but it wasn’t until eighth grade that her passion for music began to flourish.

“One day I took my instrument home to practice for once — I had never practiced before eighth grade — and I really liked it,” Harms said with a laugh.

She continued to ask her teacher for more solo books and pieces to play at home. By her freshman year, she realized she had a talent for music. A new band teacher at Elm Creek Pubic Schools, Alex Rudolph, saw her talent and encouraged her to keep pursuing it beyond high school.

“Instantly, he was helping me with All-State, my audition, and then that soon turned into weekly lessons at the school. When he left this past year, our lessons continued,” said the Elm Creek senior.

Her love for music has continued to grow, and she has learned to play other instruments including the trombone, piano and ukulele. She also sings in the school’s choir.

“I love it,” Harms said about music.

Under the guidance of Rudolph, Harms began to seriously consider a career in music education.

“He’s like, ‘Here’s all the cool parts of teaching.’ I was like, ‘Oh, maybe I actually want to do this,’” Harms said.

Before Harms begins her undergraduate education at the University of Nebraska at Kearney, she will have a busy summer performing in national honor bands across the country. Since she was a freshman, she has been competing in conference and district band competitions, as well as local honor bands. In spring 2020, she applied for the National Association for Music Education All-National Honor Ensembles Concert Band. But then the pandemic struck.

“Then quarantine hit, and I was stuck in my house, away from my music teacher, struggling. I did not make it that year. But this year, I did,” she said.

Harms participated in the virtual event earlier this year. She will be competing in the Lincoln Municipal Band’s 29th annual John Shildneck Young Artist Competition in May. In June, she will travel to Washington, D.C., for the National Youth Wind Ensemble. Harms will participate in daily rehearsals with guest conductors and coachings with professional musicians from the D.C. area. She also will have a chance to tour national monuments and see military band performances at the Capitol. Harms loves dinosaurs and is looking forward to visiting the Smithsonian.

Through the encouragement of Rudolph, Harms has taken lessons at the University of Nebraska at Kearney. The more time she spent at UNK, she knew it was where she wanted to pursue her education.

“Every time I walked in the door people were greeting me. The music people all know me now. It’s such a tight-knit community. I love that,” Harms said.

Harms plans to participate in band and choir at UNK, and she’s looking forward to being apart of the music department.

“I love meeting all the people. I’m not usually much of a social person, but when you get into the music world, there’s such a vast variety of people. It’s not just like the nerds or the jocks. It’s everybody, and I never know what’s going to come out of it,” she said.

The Deterding family has owned the business since 1978.

Fire in basement leads to flooding, $150,000 loss for Kearney business

When the Kearney Volunteer Fire Department arrived at the scene smoke was visible in the store’s showroom, and they found heavy smoke and water in the basement.

He was convicted in January in Buffalo County District Court of one count of felony attempted terroristic threats.

In a lawsuit filed in U.S. District Court on Monday, Thomas claimed a no-trespass order handed down to him from the district in September prevented him from experiencing his first grader's school year.

Although neighboring communities have struggled with staffing, Kearney’s Harmon and Centennial Park pools are fully staffed this year.

In her new role as director of operations, she will focus on day-to-day operations and oversight of fundraising events.

The mother of a child born with a birth defect, she knows firsthand how harrowing a NICU stay can be.

During a two-year program that includes 10 sessions, participants attend a series of educational outings in which they learn about the functions of Kearney’s government, its economy and other key elements on which the community is built.

Taking a large view of his interests, Romello Henry ties together all his areas of interest as a spiritual quest, something that identifies him as a polymath.

She had an integral role in the construction and accreditation of the new hospital, and led initiatives to improve quality, patient experience and both employee and provider engagement.

US to fly in baby formula on military contracted jets

Rent prices continue to soar across the United States

Rent prices continue to soar across the United States 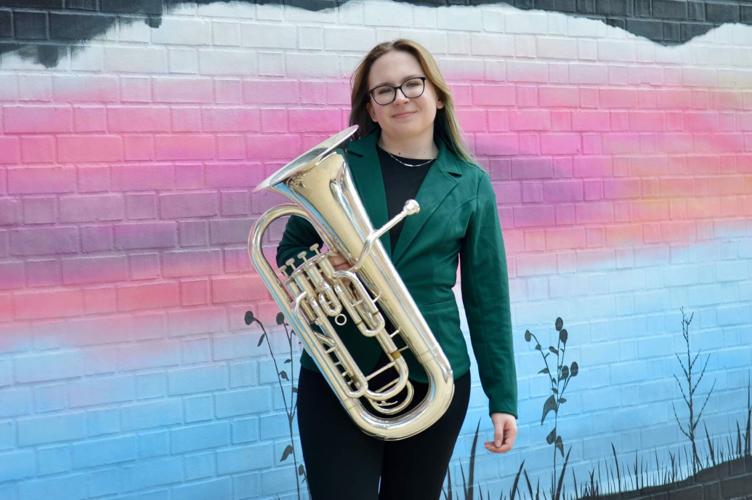 Chloe Harms first began playing the euphonium in fifth grade, and she has since learned to play other instruments including the trombone, piano and ukulele. Harms is a senior at Elm Creek Public Schools and is the daughter of Rustin Harms and Tish Lambert. 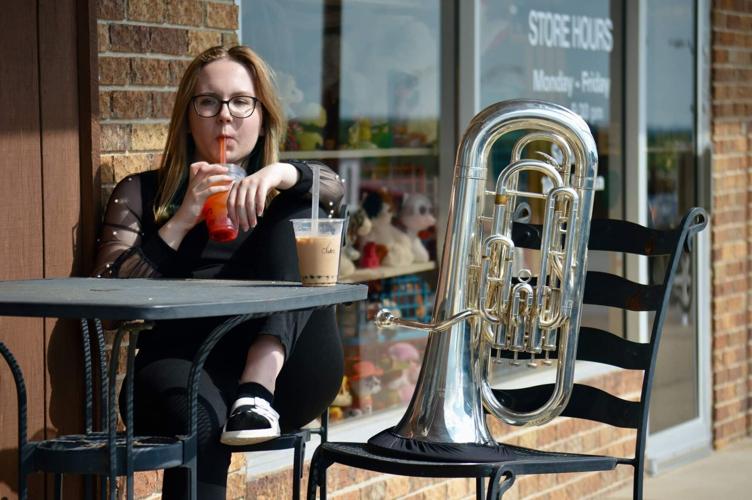 Chloe Harms has played instruments in band since the fifth grade, and she will travel across the country this summer to play in honor bands and competitions.