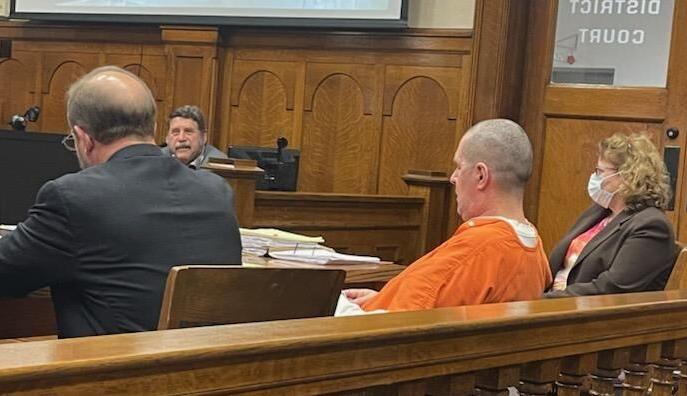 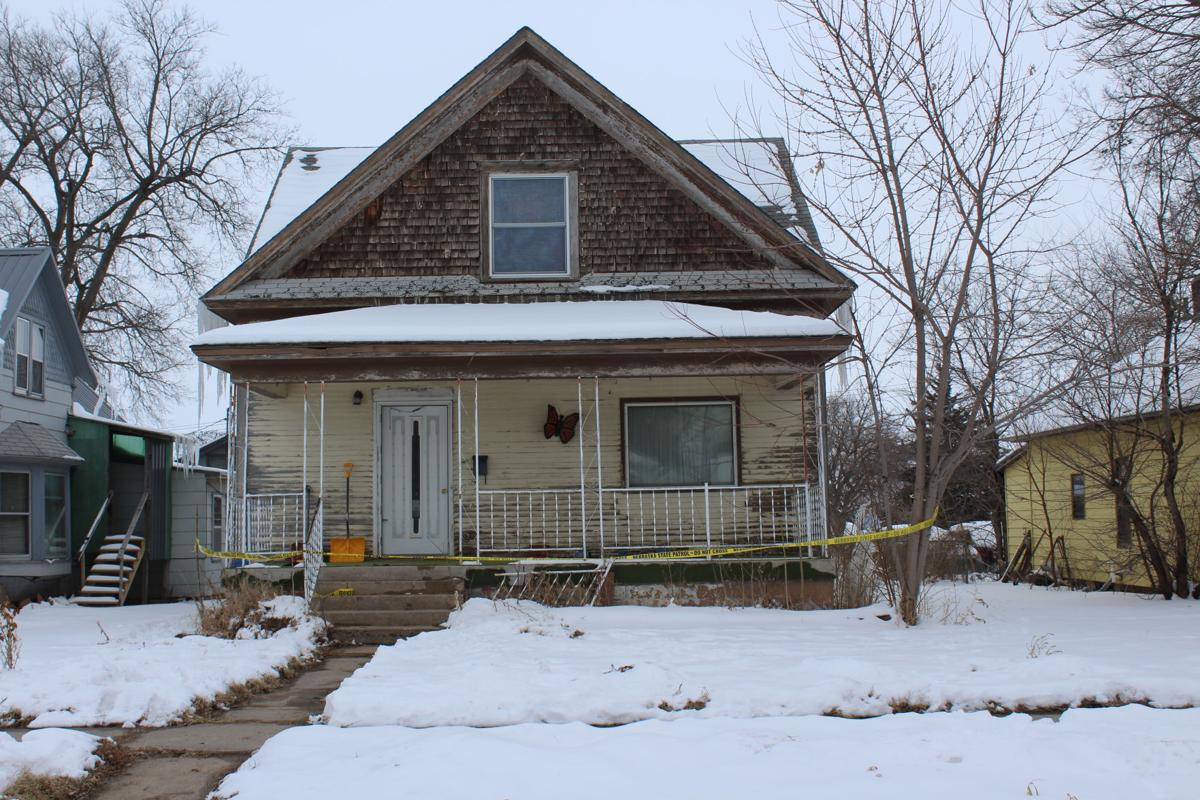 Holdrege lawyer Doyle Morse was shot at his office at 416 Logan St. in Holdrege.

HOLDREGE - The lawyer who Manuel Gomez is accused of shooting in February 2019, said multiple times Gomez said people were going to kill him.

Doyle Morse took the stand for the state Tuesday during Gomez's bench trial  in Phelps County District Court. Gomez is accused of killing Raymond Burton, 65, and David Rogers, 54, and seriously injuring Morse, 68, on Feb. 21, 2019, at their individual residences in Holdrege.

Morse said he became acquainted with Gomez through their church, and Gomez became Morse’s client. Gomez was attempting to get disability after he was hit by a vehicle and had multiple back injuries.

Morse said Gomez was unable to work, depressed and had financial issues. Morse learned that Gomez grew up in southern California and had been a member of a gang.

The pair became friends, and Gomez spent Thanksgiving 2017 with Morse and his wife at their home. They had even done target shooting together with Gomez’s replica 1859 standard Army six-shooter gun.

On July 27, 2018, Gomez came to Morse’s office at 416 Logan St. in Holdrege. He told Morse he was afraid to stay home because there were “guys down the street that were going to kill him.”

Morse recalled that on multiple occasions Gomez would say people were going to kill him. Morse offered to let Gomez stay at his office, which is a two-story house, to quell his fear.

Later that evening, Gomez called saying he was suicidal and Morse returned to the Logan Street location. Law enforcement was called, and Gomez voluntarily agreed to be admitted at Mary Lanning Healthcare in Hastings.

After his release from Mary Lanning a little more than a week later, Gomez told Morse he didn’t like his medication but Morse said he did seem better.

On Feb. 21, 2019, Gomez came to Morse’s office where he told Morse he was considering getting another lawyer for his disability case. Gomez told Morse several things he’d done wrong and that Morse had joined forces with the enemy.

“Fairly early in the conversation, I thought, ‘This isn’t going to turn out good,’” Morse said during his testimony.

Morse began rifling through some drawers, and when he looked up, Gomez was standing with a gun pointed at him.

“He had a determined look on his face like, ‘I”m going to do this, and no one is going to stop me,’” Morse recalled.

Gomez shot the gun, and Morse said it was a “dry fire.” Morse jumped out of his chair and turned to run when Gomez fired again, hitting Morse.

Morse crawled into a side room to get away from Gomez, and Gomez left the location. After calling 911, Morse was life-flighted to Kearney where he had emergency surgery. There were projectiles near his aorta, three holes in his stomach that nicked his pancreas and an exit wound near his spine.

Morse said that before that day, Gomez had never threatened him.

On several occasions, Gomez mentioned the cartel was out to get him.

The final witness at the trial was Nebraska State Patrol Trooper Tyler Schmidt, the case officer for the February 2019 shootings. One of the items that was taken into evidence was Gomez’s 1859-replica revolver that was found on the front seat of his car after his arrest.

The weapon is a black powder revolver, said Schmidt, who had never encountered that kind of unique weapon before.

Forensic examinations were done on bullets retrieved from the three victims, and it was determined the rounds were capable of being fired from Gomez’s weapon.

Burton and Rogers were both found deceased on Feb. 21, 2019, at their homes at Sunrise View Apartments in Holdrege. Burton was found outside his residence, laying partially in the snow and concrete. A small hole in his couch indicated that’s where he was shot in the chest.

In both residences, there was no sign of a struggle or attempted robbery, Schmidt said. Both men’s autopsies determined their deaths were the result of homicide from gunshot wounds.

A glove was found at Burton’s residence, and Gomez was determined to be a contributor of DNA found inside the glove.

Through interviews, Schmidt gathered that Gomez, Burton and Rogers were acquainted. The trio had been seen before having coffee or smoking together at Sunrise View Apartments, and there was no known disagreements between the men.

Schmidt noted that there was difficulty finding a solid motive for the crimes.

At 3:28 p.m. the state rested its case, and two minutes later after presenting several articles of evidence pertaining to Gomez’s competency evaluations, Pickens rested for the defense.

Throughout the trial, Gomez stared straight ahead and showed no emotion or reaction to any of the testimony.

During his closing statements, O’Brien recognized the unique nature of the case and the tragedy that affected many lives. He noted that Gomez experienced delusions that were consistent from 1996 until the crimes took place in 2019.

“The state is incredibly concerned that Gomez had these conditions for a long period of time and resulted in tragic results,” O’Brien said.

Pickens did not make any closing argument. The judge took the case under advisement, and will make a ruling later.

WH 'refining plans for all scenarios' in Ukraine

WH 'refining plans for all scenarios' in Ukraine

WH on SCOTUS and race in college admissions case

WH on SCOTUS and race in college admissions case

Accused Holdrege shooter believed men out to get him

Because experts have agreed on Manuel Gomez’s mental state, the court will issue a verdict of not guilty or not responsible by reason of insanity.

Holdrege lawyer Doyle Morse was shot at his office at 416 Logan St. in Holdrege. 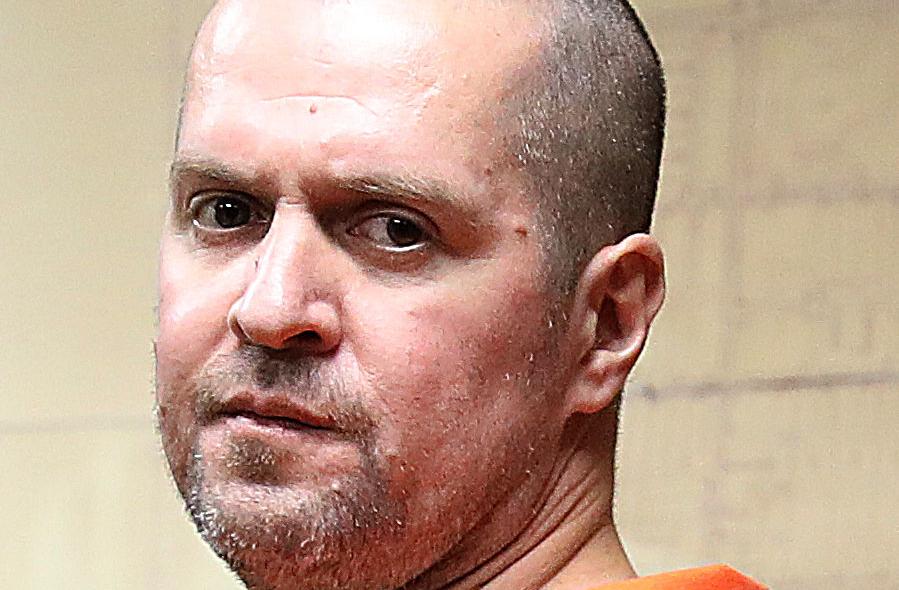