KEARNEY — Think of it as a disappearing act.

CHI Health Good Samaritan still is treating patients and performing surgeries, but its east side main entrance now is hiding behind temporary fences.

The old revolving doors at that east entrance on Avenue A open into a construction site.

The Sure Cure gift shop is gone. The Admissions Office is gone. The coffee bar is missing. Even the piano has disappeared.

They have been replaced by studs, dust, stacks of lumber, construction machinery and more. So much more that it’s mystifying to many who are familiar with the hospital.

By mid-September, the area will open as the new $15.4 million Kenton L. Shaffer Emergency Care Center. At 16,000 square feet, it will be twice as big as the current 7,500-square-foot emergency room.

Built on the old hospital footprint — there are no new exterior walls — new space has required some geographical gymnastics. Ambulances will arrive at the same location, but the entrance for walk-in patients will be through Good Sam’s new main entrance.

The new ER will have a larger waiting area with big windows. It will include 14 private patient care rooms, two rooms for treatment of major illnesses and injuries, a Level II trauma center and a larger nurse’s station. It will have five restrooms, including two with showers.

The architect was Leo A. Daily. McCarthy Construction is doing the building.

The new ER has been a long time coming. “When I came here in 2010, I was already very keenly aware that the ER had outlived its useful life,” Mike Schnieders, president of Good Samaritan, said.

But before Good Sam could focus on a new ER, it had to complete other projects. In 2012 it opened the new cafeteria, the Ron and Carol Cope Heart Center, the Surgical and Procedural Care and the new West Tower entrance. Prior to that, parts of Surgery were housed in some of the space now being transformed into the new ER.

The hospital also added a new helipad, converted all patient rooms into private rooms, and purchased high-tech equipment like the Mako robot-used for joint replacement surgery.

In 2016, planning for the new ER began at last when administrators and representatives from numerous hospital departments sat down to brainstorm.

This multi-disciplinary team asked for things like private ER exam rooms with doors and walls, not flimsy curtains. “When the ER was opened in the mid-90s, privacy was a different context,” Schnieders said. “Now, think of infectious diseases, SARS and Ebola. The public realizes those diseases are out there, and their expectations are raised.”

Technological needs have changed, too, according to Larry Surmeier, director of facilities management at Good Sam. Along with MRI and CAT scan technology, medical staffs routinely use laptops to track things like symptoms, diagnoses and medication.

“Health care has made incredible advancements in the last 25 years. The old ER was built for equipment of the 1990s, and the ER is no longer optimal for the new technology it houses,” Schnieders said. “Our technology is already leading-edge, but the new larger space will allow it to be used more efficiently and effectively.”

The team studied everything from the square footage of the facilities to the color of the floor and walls. The walls will be gray, Schnieders said.

“We chose our current plan because it would not cause any interruptions for our ER patients or staff,” Schnieders said. Timing was a challenge, Surmeier echoed. Every department had to keep running during construction.

The project will not change the hospital’s footprint. It’s just a game of musical chairs. The old Sure Cure gift shop is now a construction office; the gift shop has been moved to the old Healthy Community Library and Yoga studio behind the Subway sandwich shop along the west corridor.

The piano in the hospital lobby was moved to the Walkway Art Gallery just above the cafeteria. The Emporium Gift Shop near the west entrance has been replaced by the Coffee Cart.

An anonymous donor gave $2 million on the condition that the emergency center be named for pediatrician Dr. Kenton L. Shaffer, who has been practicing at the hospital since 1974.

Shaffer would have preferred that his name not be part of the title. “I really am humbled, but medicine is a team game. Doctors are nothing without nurses, lab technicians, all the people who clean and cook, and so many more. Other people are much more worthy than I am,” he said.

But he added that the new ER is “a great thing.”

The final $2 million will be spent to enclose the ambulance bay for the comfort of patients arriving in wintry weather, but that project cannot begin until the new ER is open. That will add 4,000 square feet to the project.

“This was a personal thing,” Schnieders said. “We have enough respect for patients that they should not be unloaded from the ambulance with the north wind blowing.”

Not surprisingly, the year-long COVID pandemic resulted in a few minor changes to the plans. Even before the pandemic, the multi-disciplinary planning team asked for screens and more isolation for patients. Now, due to COVID, more screens have been placed at hospital entrances, and they will remain after COVID subsides.

In 2020, as the COVID pandemic spread, ER visits declined by 20 percent. “People were fearful to come, but that is bouncing back,” Schnieders said. He believes the new ER and its state-of-the art care will help lead the way.

The new Kenton L. Shaffer Emergency Care Center will be twice as big as the current emergency room, with 16,000 square feet. It will include:

— Two rooms for treatment of major illnesses and injuries

— A larger dispatch and communications center

Superintendent James Widdifield repeatedly asked Sinsel to put on a mask or to leave the building.

Work to begin on Kearney's Whitewater Park; ready for users in spring 2022

The park will include two sets of rapids — or “drop structures” that will create whitewater for recreational and more experienced paddlers.

Arreola was arrested Saturday, and today remained at the Buffalo County Jail.

In July, he left his office and started working side by side with other nurses tending to patients, something Patterson said he missed a little being in his managerial role.

If the man fails to complete any portion of his probation, he faces up to 90 days in jail at the judge’s discretion.

For most Kearney businesses, masks up to customers

“We are letting customers decide,” U-Save Pharmacy technician Jackie Augustyn said. Masks were required for both customers and staff members last winter, but masks became optional for customers when the city mandate expired.

A Kearney man has been convicted of felony intentional cruelty to an animal after cutting his dog.

Some say no: Why are you not getting the COVID-19 vaccination? 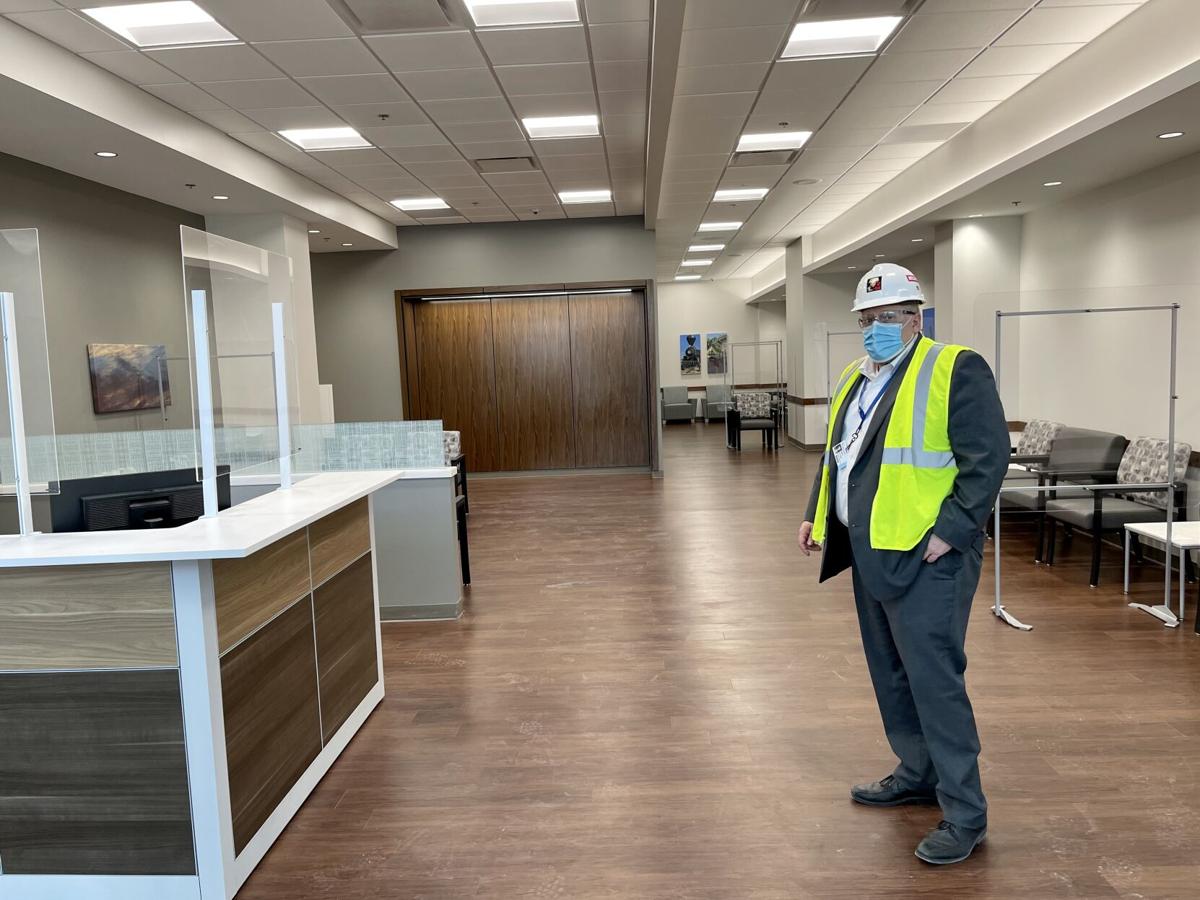 Larry Surmeier, CHI Health Good Samaritan’s director of facilities management, stands in the new lobby for the entrance at Good Sam’s east patient tower. The entrance to the new Emergency Room is left of this. Admissions are straight ahead, and to the right is the hall to the hospital’s Medical Building.

This is a rendering of what the new east main entrance to Good Sam will look like when the new ER opens in September. The ER will be accessible to walk-in traffic from this main entrance. 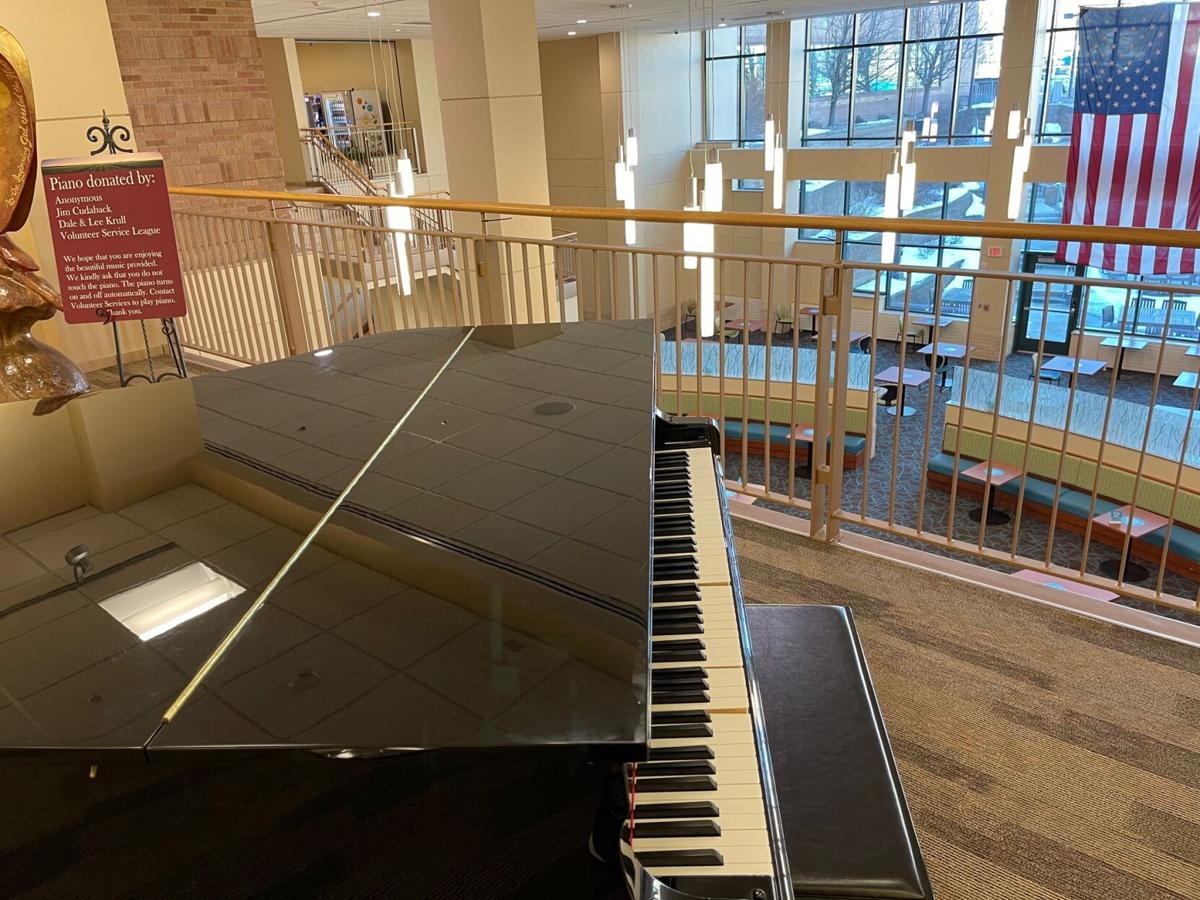 THE GRAND PIANO, which graced the former east side lobby, has been moved to the Walkway Art Gallery near the cafeteria. Pianists often play it around the lunch hour. 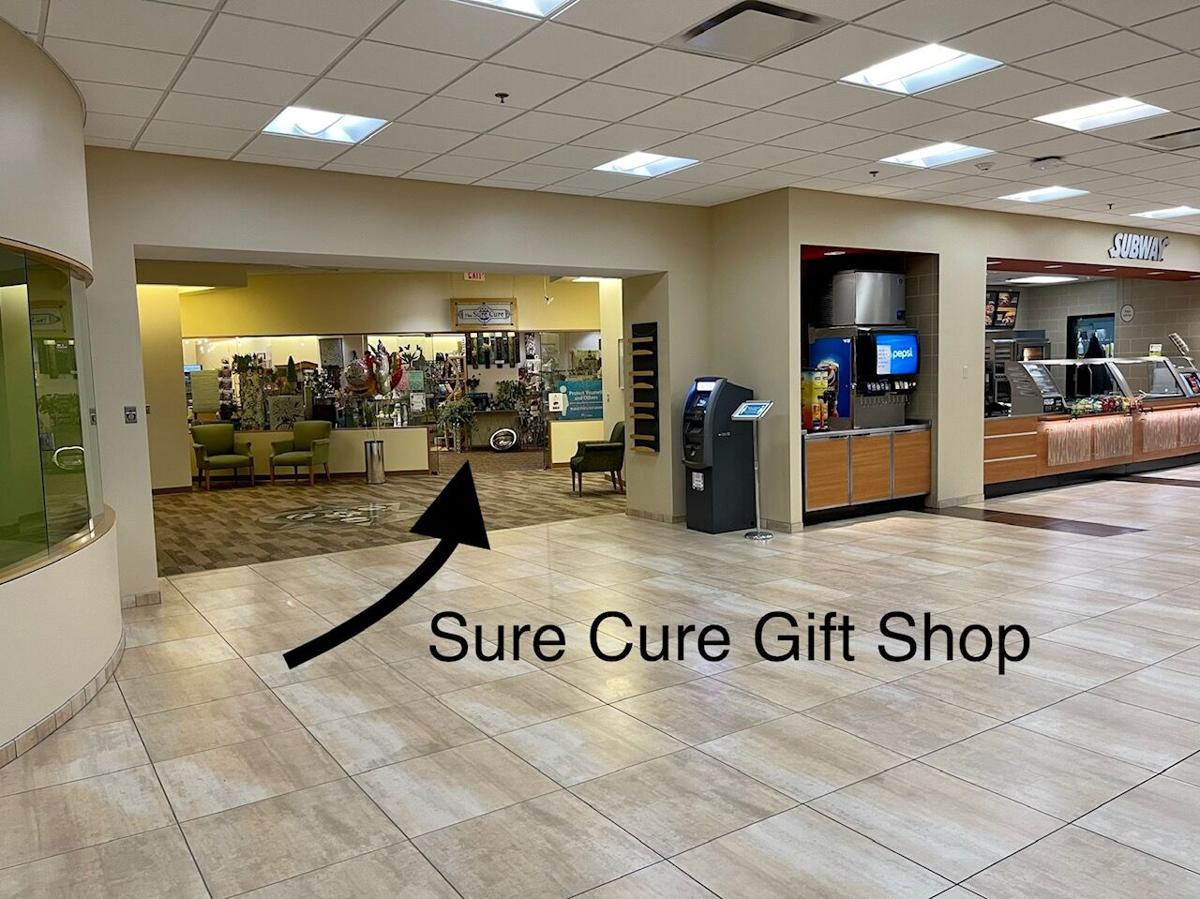 THE SURE CURE gift shop now is located behind the Subway counter, down the hall from the west entrance and close to the cafeteria. 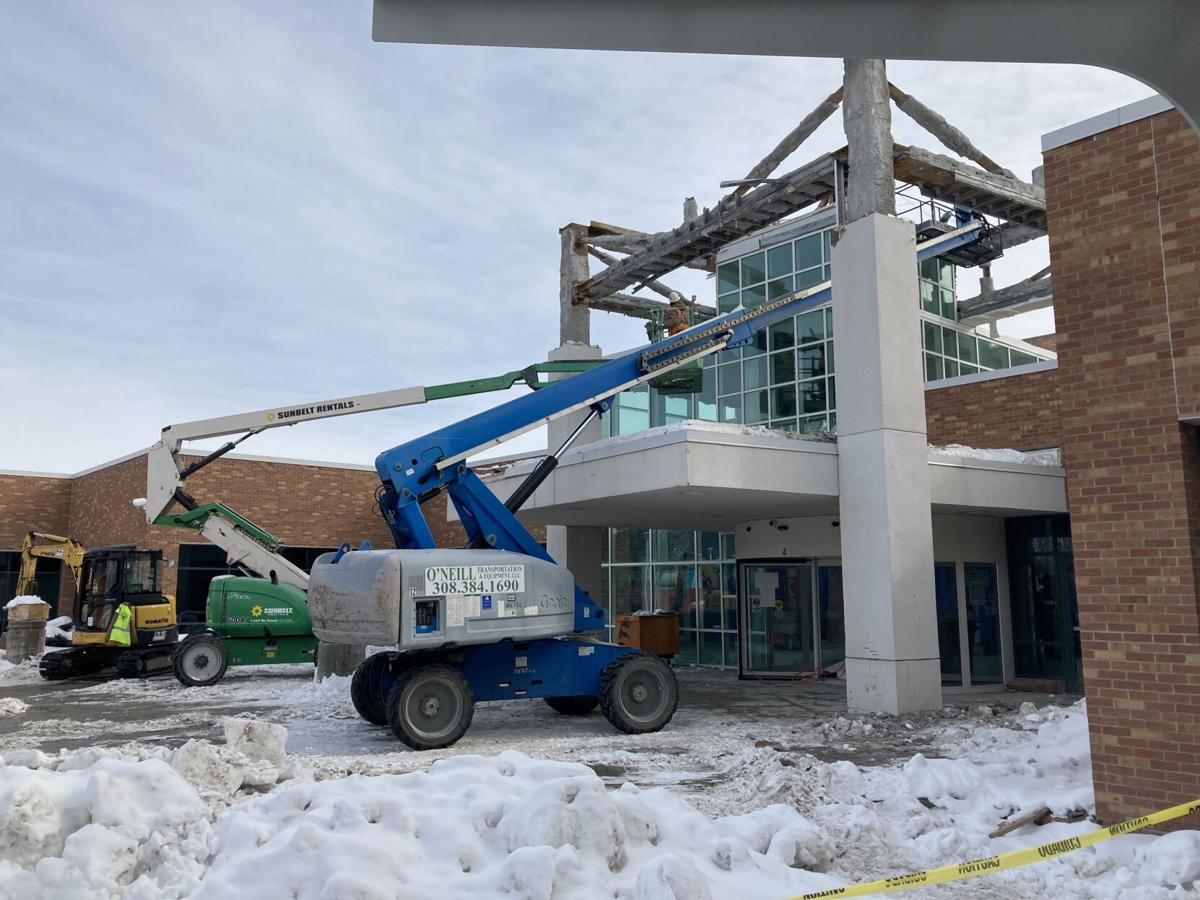 DESPITE SNOW AND COLD, workers were outside Feb. 19 removing the CHI Health Good Samaritan sign from above the hospital’s east entrance. 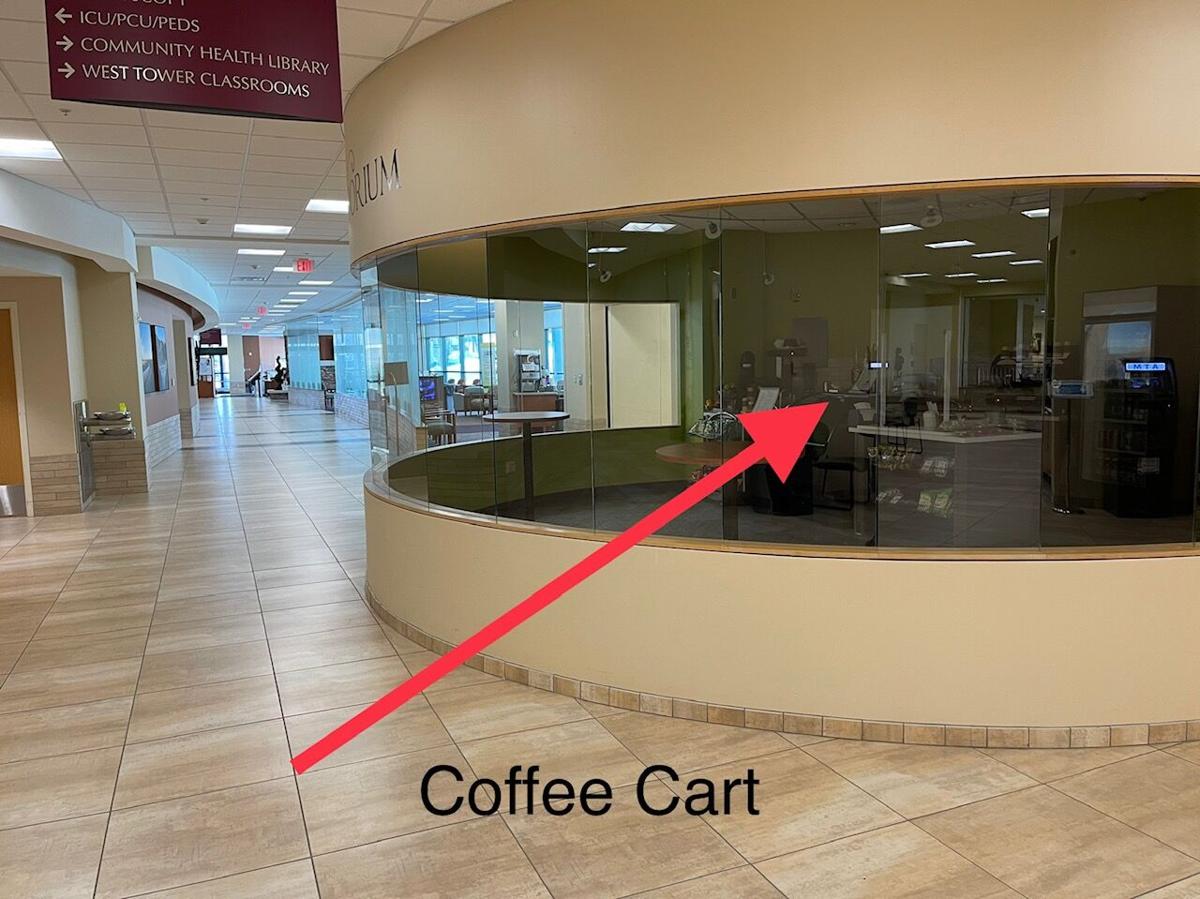 THE COFFEE CART has moved from the hospital’s east entrance to this area accessible to the west entrance. 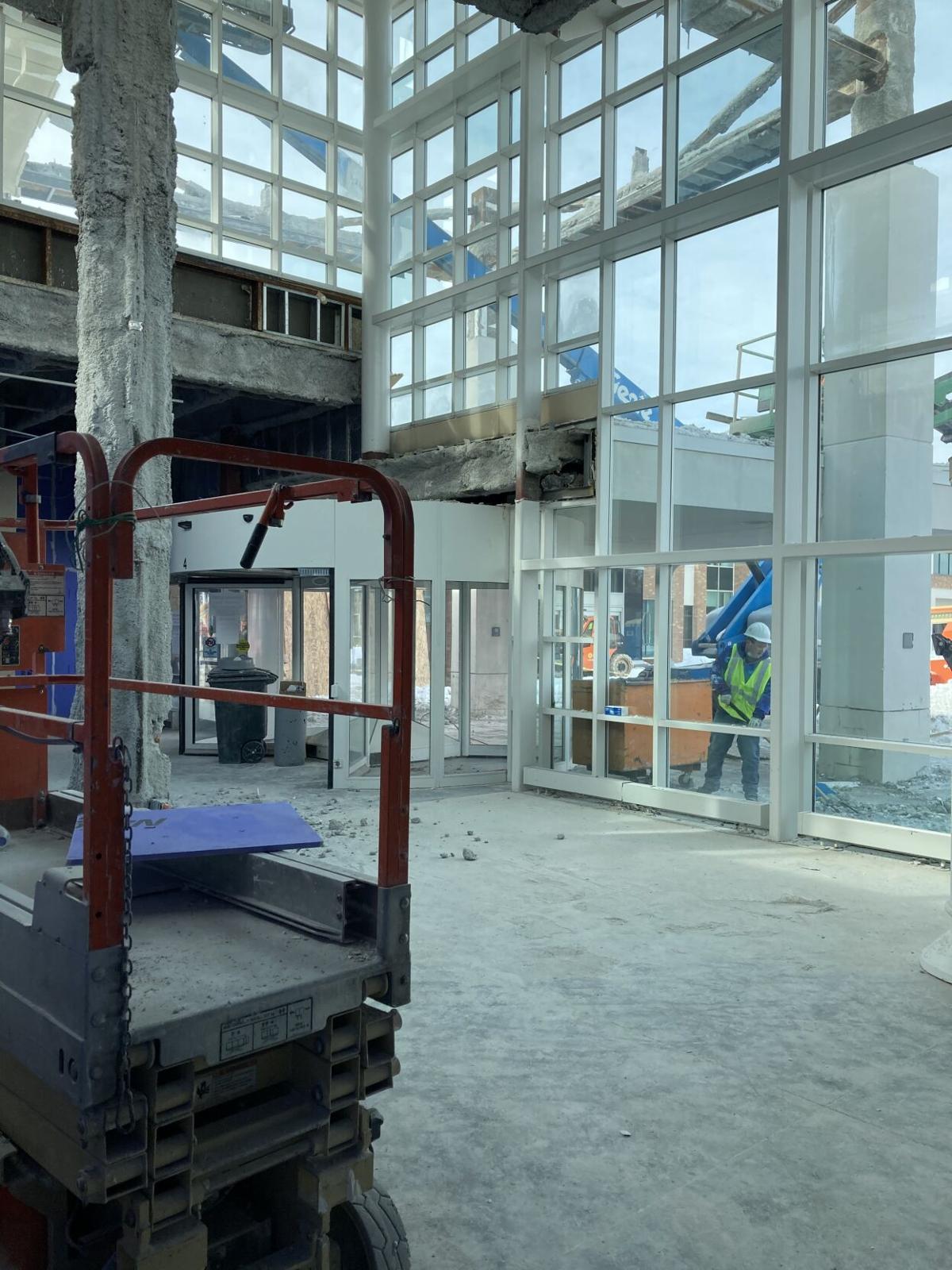 THIS LIGHT-FILLED main lobby on Good Sam’s east side is now a thing of the past. The new Dr. Kenton L. Shaffer Emergency Care Center is expected to open Sept. 15. 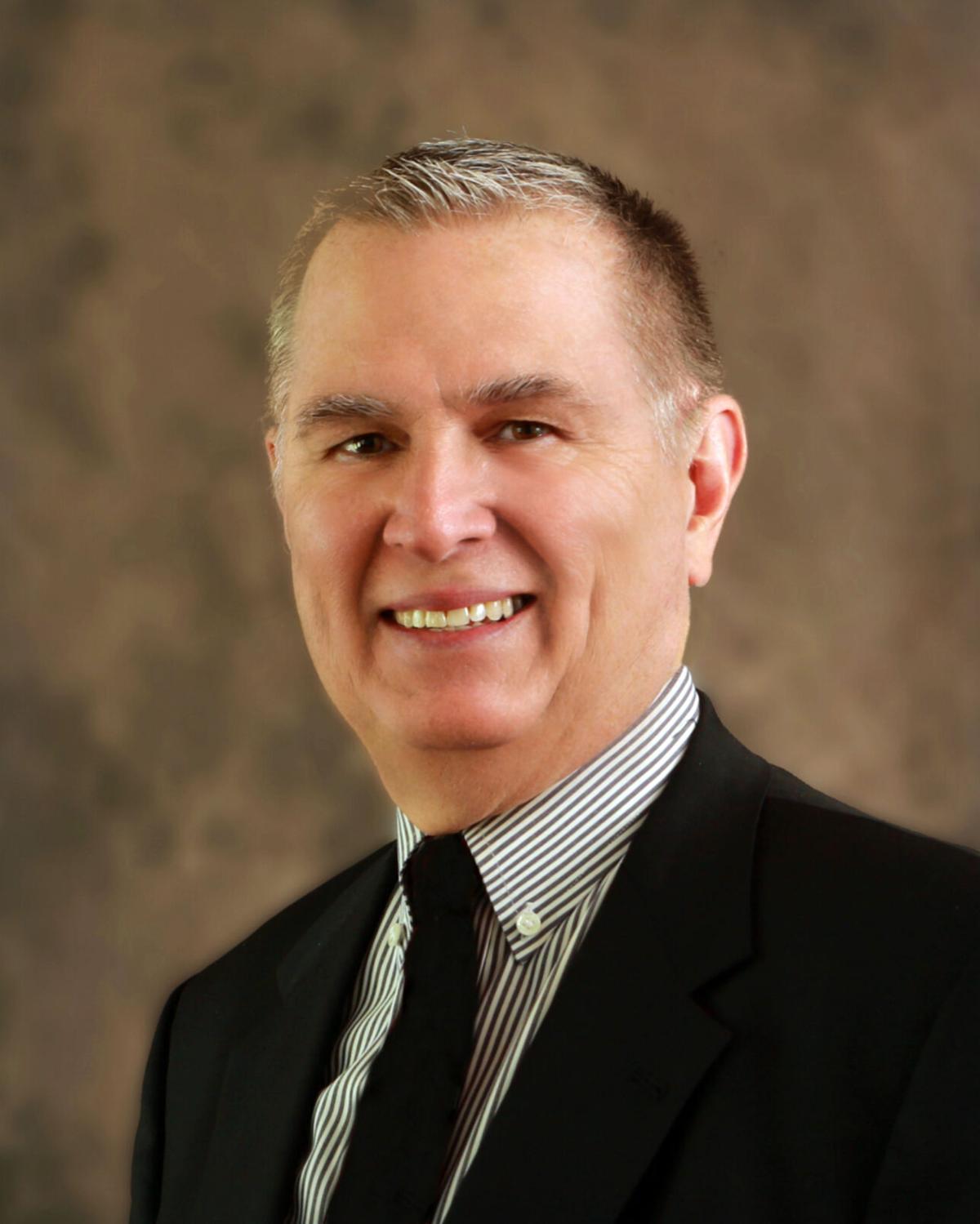 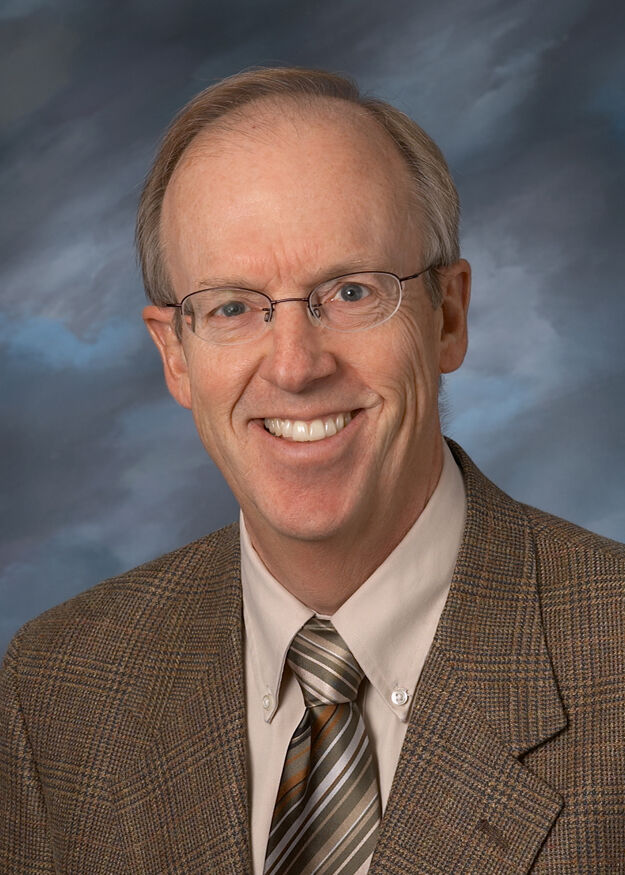