KEARNEY — Ever since she was small, Connie Welty wanted to be a hairstylist. She began her career 53 years ago and owned her own salon for 41 of those years.

But at the end of August, she finally put down her scissors and retired, closing her Shear Magic Salon at 1905 Central Ave.

“I think I’ve come full circle. I’ve seen the curly stuff, and purples and greens, the man bun. I was doing hair when Dorothy Hamill’s haircut became popular, and Princess Diana’s, and Farrah Fawcett,” she said.

Sometimes she missed work due to illness or family needs, but she was always there. She even kept on working when her daughter was born.

“If you have a good haircut, you’re halfway home,” she said. “I loved to create something for somebody who says, ‘I don’t know what I want to do with this.’ I loved naturally curly hair. I loved perms, too.”

“As a hairdresser, you listen. I just let clients talk, but I kept everything they said to myself,” she said. An introvert, that wasn’t difficult.

The youngest of eight children, Welty grew up in a small town and attended beauty school at Grand Island, “but Grand Island was too big for me,” she said.

She came to Kearney and worked for eight years at two different salons.

“I had no desire to ever have my own salon. I was very quiet and not outgoing. Why would I want the responsibility?” she said.

But in 1980, she and her husband Gary bought a salon in a 70-year-old building on Central Avenue. Gary, now retired from Baldwin’s, renovated it in one month.

Welty opened it as Shear Magic on St. Patrick’s Day 1980.

“Sometimes people worked till 5 or 5:30 and couldn’t come until after work. We were here. It was part of the job. If you’re going to own a business, you have to be there,” she said.

Her reputation spread by word-of-mouth. Welty cut the hair of many schoolteachers. She went to hospitals and nursing homes to do the hair of longtime clients. “They couldn’t get out, so I’d come up and do their hair,” she said.

She had a few male clients through the years, too, but she would not do razor cuts or use clippers on them. “Men didn’t want their hair buzzed off,” she said. As for razor cuts, “I didn’t want to invest in clippers.”

Shear Magic sits next door to a barber shop. “I could hear the clients talking over there. I told the owner, ‘Don’t ever say that only women gossip. You boys do a really good job,’” she said.

Many clients told her how clean her shop was. “I keep it up. That’s just what you do,” she said, lamenting the fact that state inspections are less stringent than they were years ago.

She’s also styled hair of deceased clients as their bodies were being prepared at mortuaries. “If you’ve done their hair all the time, you know what it’s supposed to look like,” she said.

She stayed current on hairstyles because she had to attend classes to renew her license. During COVID, she attended classes online.

Through the years, her clientele kept coming. “I’ve had people from all over town. The location doesn’t matter as long as you do your job,” she said. She used to offer manicures, too, but “there was no money at that,” she said.

She closed for 10 weeks in the spring of 2020 when COVID hit, “but when you own your own business, you don’t get a check unless you work,” she said. When she reopened, every client hurried back.

As years passed, Welty noticed that her hands weren’t quite as agile as they used to be. It became more difficult to work with a curling iron.

A year ago, her sister died. “You never know what’s going to be next,” she said.

She knew it was time, so earlier this summer, she posted a large “thank you” sign at her salon. It listed the names of five clients who had been with her for her entire 53-year career. Several have died, but they remained her clients until they passed.

“You become their family. We become attached. I have a client who said, ‘I don’t know what I’ll do without you,” Welty said.

“When I announced I was going to close, a client emailed and said, ‘What am I going to do?’ Another client told me she had never been unhappy with what I had done. I said, “You have been so patient with me.’”

She’s recommended other stylists and salons for her clients and told them to be patient. “Stylists may not get it right the first time, but give them a couple of chances, but you have to be able to communicate,” she said.

She admits she “cried a lot” the first few weeks after closing Aug. 26.

“I was closed during COVID, too, but this is different. It is a loss. A good loss, but a loss. One client came in three times in that last week and brought me food,” she said.

The youngest of eight children, Welty never considered herself a people person, but now, “I think what I will miss is the people, just talking to people and becoming their friend,” she said.

The Hilltop Mall’s owners announced today (Tuesday) that they have been working closely with Harbor Freight Tools to bring them on as a junior anchor tenant on the south corridor of the mall.

Corey A. Brewster, 41, of Grover Beach, California, is charged in Buffalo County Court with sex trafficking of a minor, visual depiction of sexually explicit conduct, and enticement by electronic device, all felonies between June 8 and July 13.

In his appearance before the commission, Patrick Lee said that he would move to Grand Island if appointed.

The initiative, in its initial stage, will focus on transitional housing and what the city and community can do to fill that niche.

A proposed $24 million library project has garnered the attention of the residents of Phelps County. A feasibility study for a new library facility was brought for review recently to the Holdrege City Council and would include a new library, day care and Central Community College in the southeast corner of North Park in Holdrege. 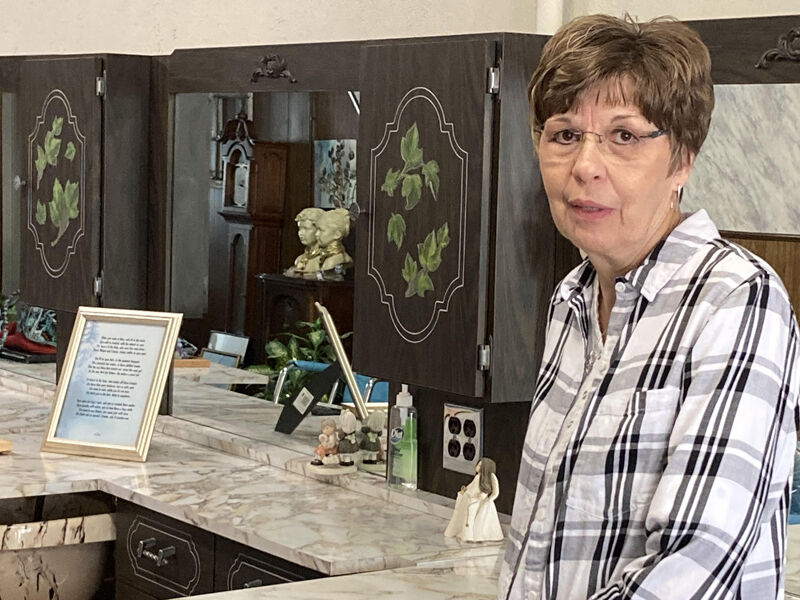 Connie Welty has loved doing hair since she was a child. She has owned the Shear Magic Salon at 1905 Central Ave. since March 17, 1980. 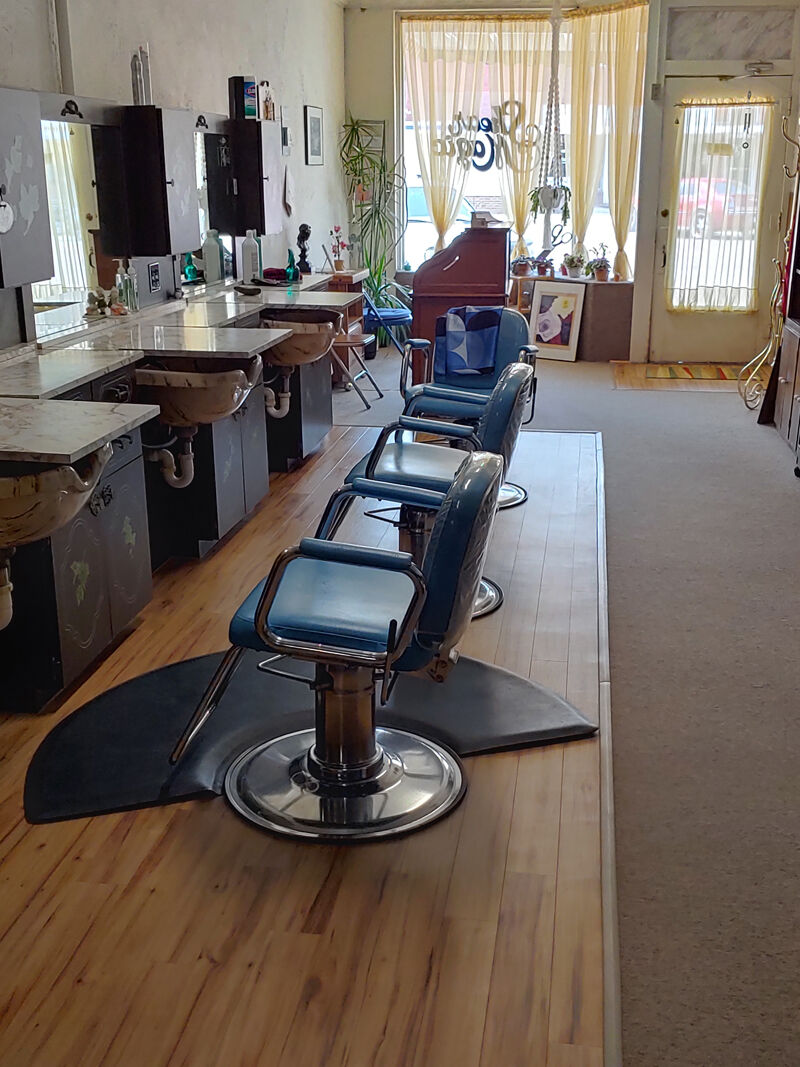 The interior of Shear Magic Salon had three stations for stylists, including Welty. She closed it when she retired in late August. 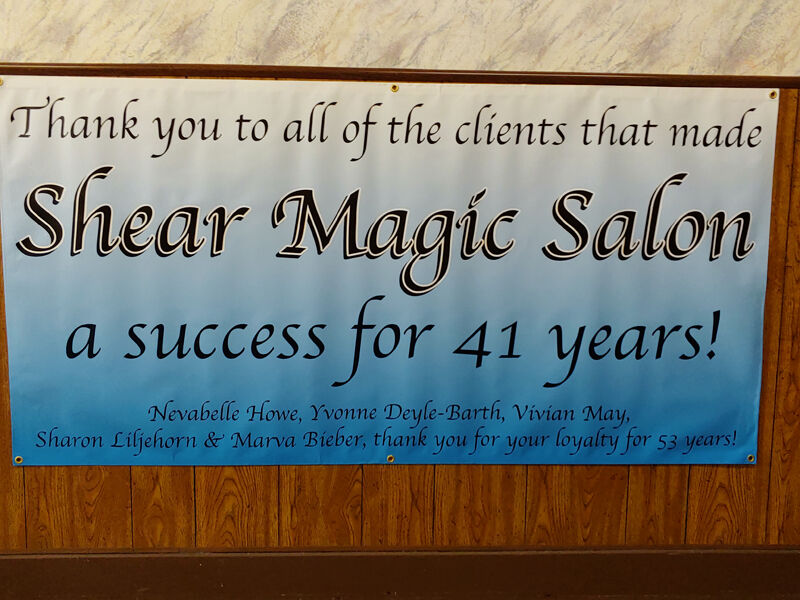 Connie Welty posted this sign in her salon late this summer, thanking customers, especially the five who stayed with her throughout her career. Several of those are deceased.