KEARNEY — Owner Bobby Wilson was working with insurance adjusters Wednesday to determine the extent of damage from the July 9 windstorm that ripped away Cinema 8’s roof and sent 50 audience members and staff scrambling for safety.

“We had two movies running. We asked people to go to the hallways to get away from the glass windows until the storm passed. It was something else,” Wilson said. “The noise from the roof was pretty amazing, but everybody cooperated, and then came the smell of gas.”

It’s been a little more than two weeks since the storm uprooted trees, knocked down power lines and inundated low spots across Kearney, but Wilson said he’s still trying to get a handle on what he needs to do to get his eight-screen theater back in action.

“It got damaged pretty bad,” he said. “There’s major damage inside and outside the building.”

The signs at the main entrance and marquee read “closed.” There’s no set date to reopen, but Wilson said he’s tentatively shooting for Thanksgiving.

The windstorm blew off the roof membrane. After that element was gone, the downpour drenched the north side of the theater. By that time Wilson and his staff were herding moviegoers to the inner hallways. They got out before drenched ceiling tiles collapsed in the individual theaters.

Wilson said just about everything sustained damage — seats, sound system and projection equipment — so it’s difficult to decide how to recover and whether it will be an opportunity to upgrade the theater’s equipment or other features, such as furniture.

Wilson said he’ll post developments as they occur so theatergoers can follow the recovery; however, on Wednesday, he said there still was nothing concrete to report.

“We’re still in a stage of ‘we don’t know.’ We’re still estimating the cost of damage ” he said. “But we’re going to rebuild bigger, better and stronger. Be patient while we get it done.”

Cinema 8 opened at 300 S. Third Ave. in 2007. The Kearney theater is affiliated with a theater at Paragould, Arkansas. 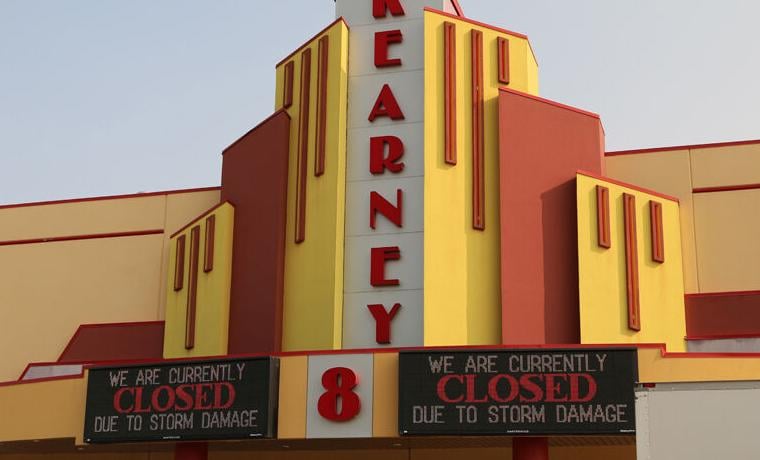 Instead of displaying what movies are showing the marquees at Kearney Cinema 8 now are letting moviegoers know the theater is closed due to the July 9 storm. 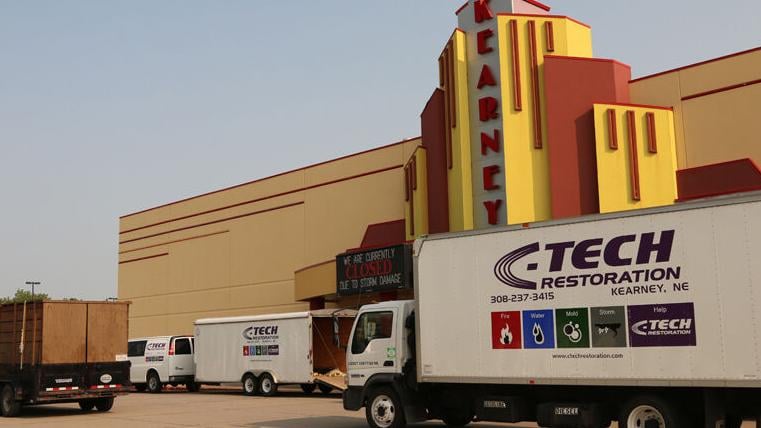 C-Tech Restoration crew members from Kearney work on the inside of the theater to assess the damage caused by the July 9 windstorm. 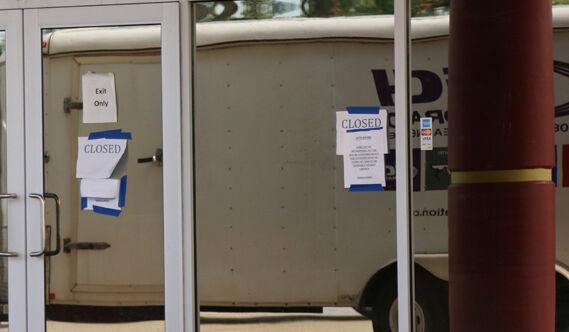 Kearney Cinema 8 is currently closed for repairs after the July 9 windstorm ripped off part of the roof and damaged the sound system, seats and projection equipment.