KEARNEY — Nebraska Gov. Pete Ricketts on Tuesday told a crowd of 180 University of Nebraska students to be active in politics.

“We’ve been blessed with something special, but it requires action,” said Ricketts about American democracy.

Ricketts accepted an invitation from UNK’s Turning Point USA student organization to speak in Kearney. Turning Point, started in 2012, identifies, educates, trains and organizes students to promote principles of freedom, free markets and limited government, according to the organization.

“We are the new voice in turning students to be active in politics,” said Corbin Hubbell, a Turning Point field representative from Lincoln.

UNK Chancellor Doug Kristensen said it’s rare when the governor visits UNK, so he must have believed the opportunity to speak was worth his time. “Governors have tons and tons of requests. For him to come here is a special event,” Kristensen said.

Ricketts called self governance “a great blessing,” yet Americans have learned to take it for granted. “We really don’t worry that a country bigger than us would come and take our stuff,” Ricketts said. “That’s why getting involved is an important step.”

He said students should go slow when they become politically active. He suggested helping with a campaign, serving as an election judge or helping a nonprofit advance its policy issues.

“Politics is run by the people who show up,” Ricketts said.

He said the U.S. system of governance favors causes that are patient and persistent. “Our system is a measured approach to getting things done.”

He said it’s OK to ask other people to get involved in politics.

“It’s unfair to the people who are paying off their loans,” Ricketts said.

One student said Payroll Protection Program loans made during the pandemic were forgiven, so why not student loans.

“PPP was set up so that the loans would be forgiven. It was spelled out in advance,” Ricketts said, but forgiving student loans is unfair to people who repay their loans or pay higher taxes to cover the cost of loan forgiveness.

One student asked Ricketts if he has a plan to make higher education more affordable. “It’s like you’re pro-business but not pro-people,” the student said.

The governor said mental health care could help reduce gun violence and that he favors open prayer in public schools, as long as non-praying students aren’t forced to participate. 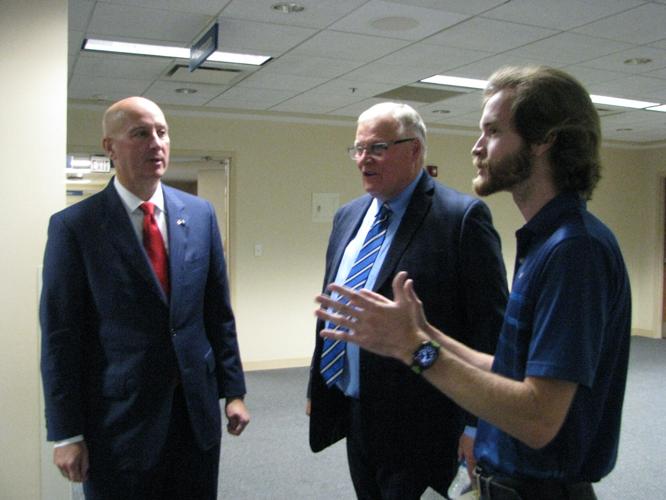 Chancellor Doug Kristensen, center, welcomes Gov. Pete Ricketts to the University of Nebraska at Kearney on Tuesday as Corbin Hubbell of Turning Point USA remarks about the large crowd waiting to hear Ricketts. 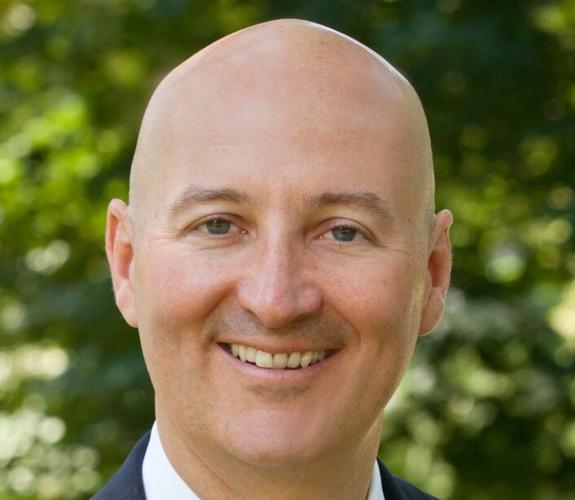