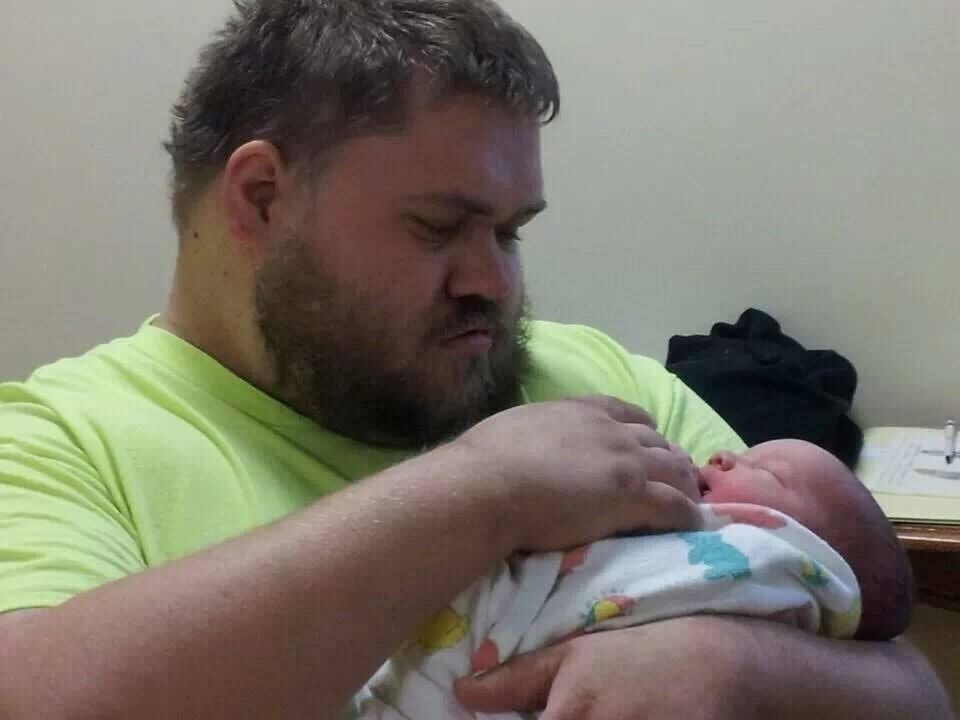 Dustin Behlmann has O positive blood type, which is also CMV negative, meaning he can give blood to newborns. 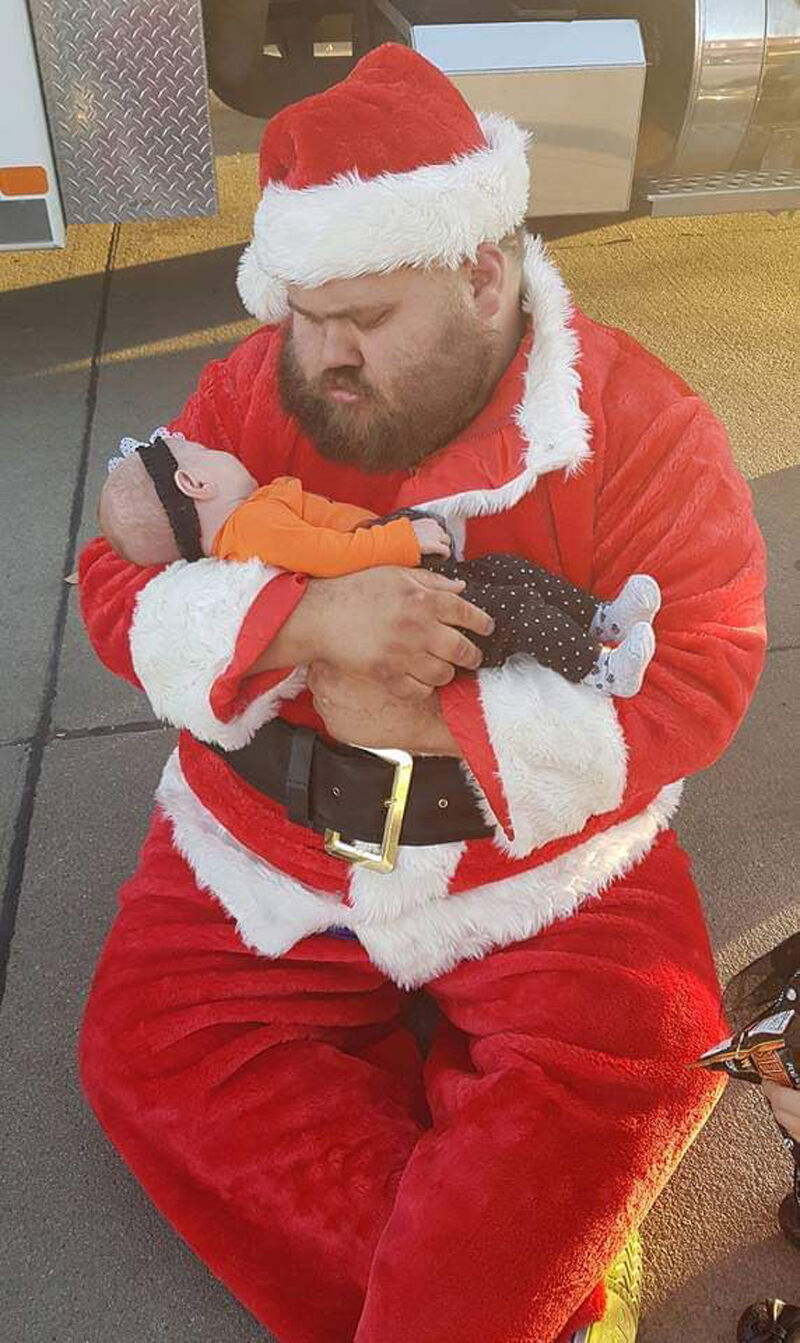 Dustin Behlmann enjoys dressing up as Santa at Christmas time, and holding babies.

KEARNEY — Dustin Behlmann loves babies. A few years ago, he dressed up as Santa Claus so babies could be photographed with him.

That affection spills over to giving blood.

In the past 10 years, Behlmann has donated three gallons of blood. His O positive blood type also is CMV negative, which means he can give blood to newborns. Newborns cannot receive blood that is CMV positive, but Behlmann is one of the rare adults whose blood is CMV negative.

Dustin, 34, who is developmentally disabled and attends Mosaic, lives in Kearney with his parents, Jennifer and Gary Behlmann, owners of Kearney Towing & Repair Center.

“By the time most people are old enough to give blood at age 18, they have a CMV antibody,” Jennifer said.

CMV is a virus that occurs naturally in the human body. Most people have had that silent virus by the time they reach age 18, after which the body produces an antibody against it. Behlmann is one of the few individuals who never had that virus.

“The first time he donated blood, the Red Cross sent a letter saying he was CMV negative and eligible to donate for babies,” Jennifer said. “They can’t give CMV positive blood to newborns, so he is pretty valuable. He could save a baby’s life.”

Dustin began donating blood 10 years ago after a young woman he worked with suggested that he do it.

“He was not going to be deterred,” his mother said. “He understands what this is about, He made up his mind. He was going to do it. He called me at work and told me he had made an appointment to donate. He called RYDE Transit for a ride.”

He’s been at it ever since.

“Now he just goes on his own,” his mother added.

Nicole Johnk, Red Cross blood donor recruitment manager for central Nebraska, said, “I appreciate Dustin taking the time out of his day to save lives. Three gallons? What an accomplishment!”

Asked why he donates, Dustin said, “I do it for the babies.”

No quarantine required in Sydney for vaccinated international travelers

No quarantine required in Sydney for vaccinated international travelers

The hardships of almost biblical proportions faced by Grace Koubek the past six months made attending college and other common activities almost impossible.

It’s not certain who had more fun at the three-day, 300-mile-round trip Junk Jaunt — the Perniceks, first-time sellers at the 18-year-old event — or their customers. For the Perniceks, selling their antique vehicles stirred long-buried memories.

A Nebraska State Patrol copter circled Memorial Stadium to show Saturday's third-quarter-ending light show from all sides, while a trooper recorded the sound on the field. And the crowd went wild.

Dustin Behlmann has O positive blood type, which is also CMV negative, meaning he can give blood to newborns. 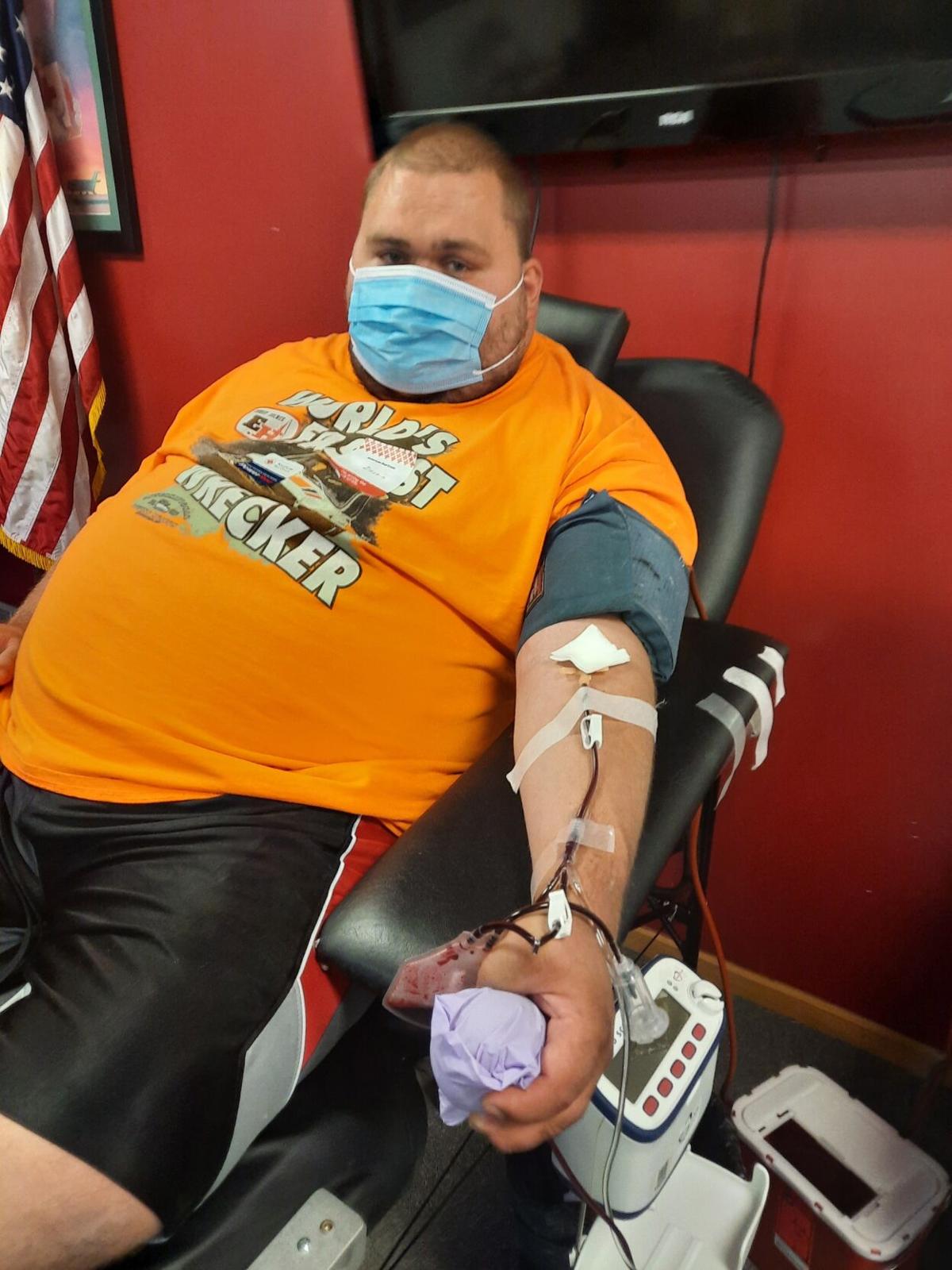 In the past 10 years, Behlmann has donated three gallons of blood. His O positive blood type also is CMV negative, which means he can give blood to newborns. 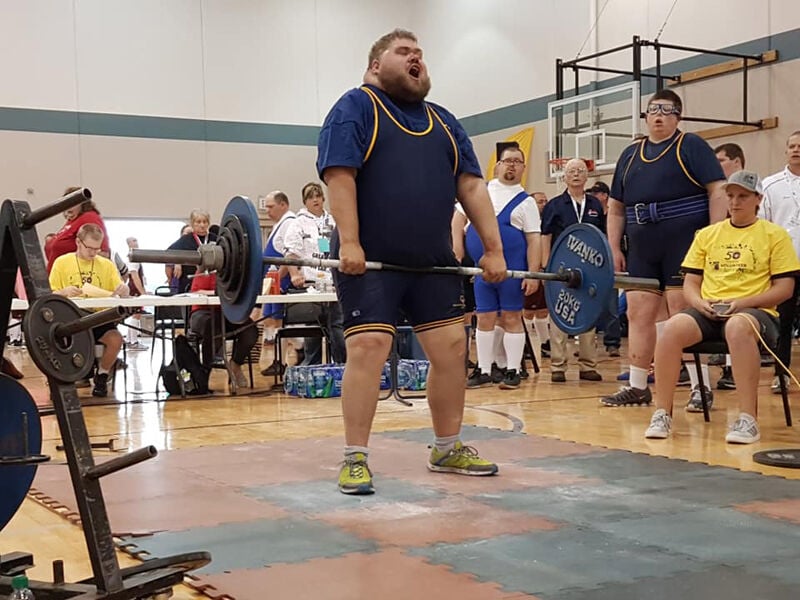 Dustin Behlmann is active in the Kearney Special Olympics where he participates in power lifting. 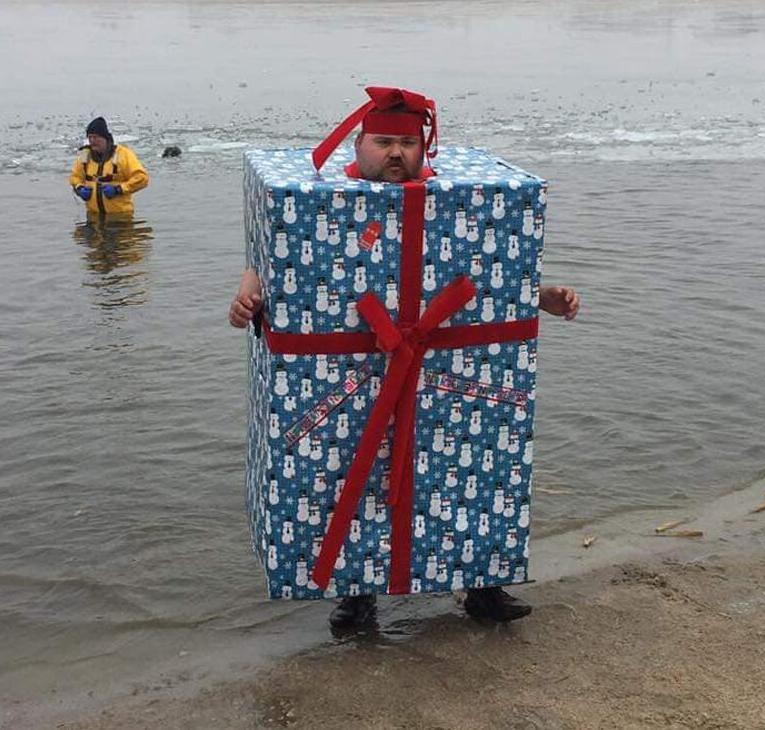 Dustin Behlmann is known for his outrageous costumes during the annual Polar Plunge, which benefits the Nebraska Special Olympics. Dustin participates in several Special Olympic events.

Dustin Behlmann enjoys dressing up as Santa at Christmas time, and holding babies.