OMAHA — Omaha Archbishop George Lucas on Wednesday notified Catholic school administrators, priests and deacons that he is delaying implementation of gender-identity policies that were intended to go into effect Jan. 1.

"We will use feedback to draft revised norms that will be more clearly focused and will not compromise the teachings of Jesus Christ and the church," Lucas wrote. 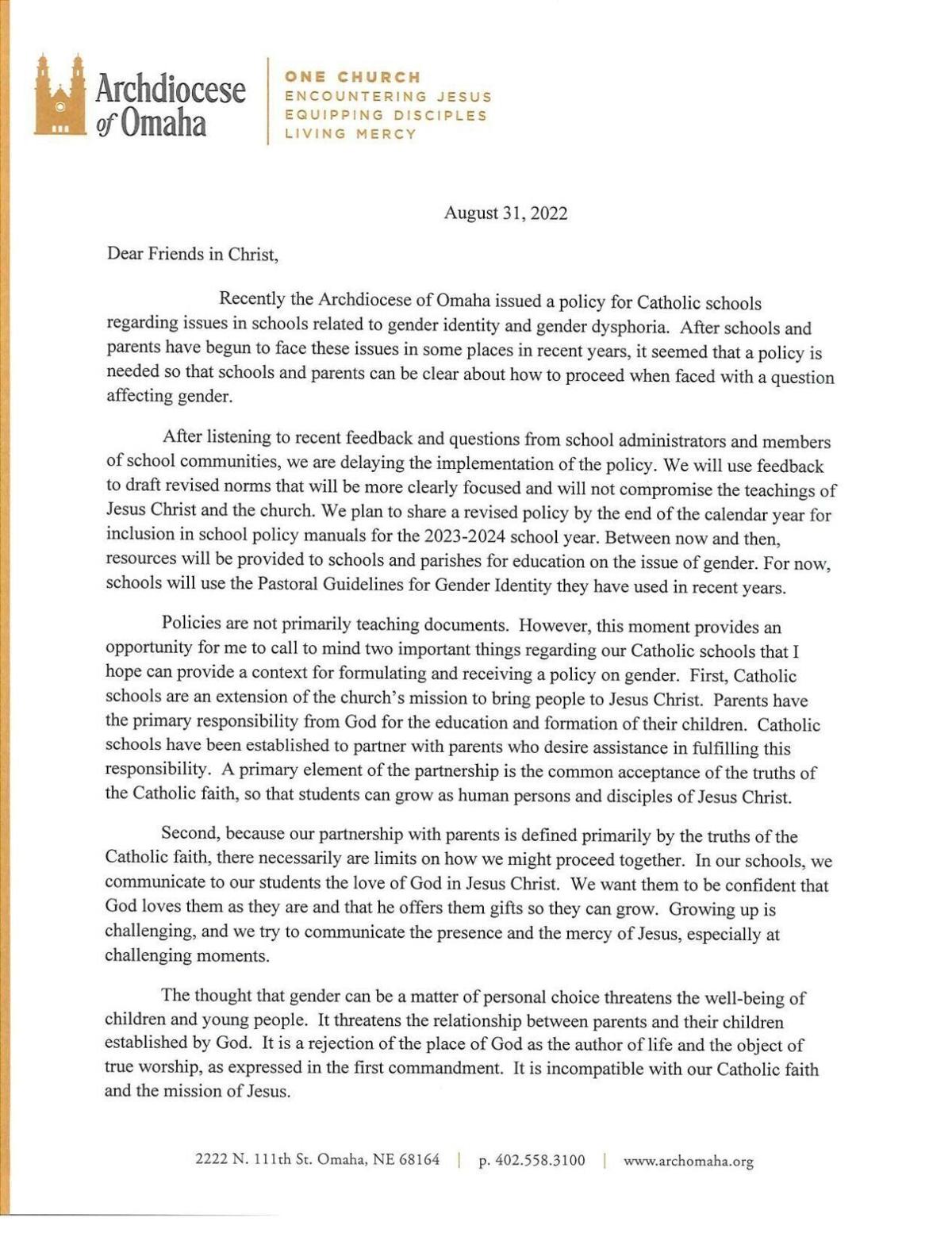 He wrote that the archdiocese plans to share a revised policy by the end of the calendar year for inclusion in school policy manuals for the 2023-2024 school year.

The decision to delay implementation was made after listening to feedback and questions from school administrators and members of school communities, he wrote.

Resources will be provided to schools and parishes for education on the issue of gender, Lucas added.

The policies, which were provided to Catholic schools in the Archdiocese of Omaha in recent weeks, were met by resistance in some schools, where they were criticized as “anti-Catholic” and “closed-minded.”

Some Nebraskans, however, cheered the archdiocese for telling its 70 schools to conform to church teaching on gender identity.

The policies covered the use of pronouns, dress codes and participation in sports, saying those should be determined by biological sex at birth. They also banned “gender-affirming psychotherapy,” use of hormone medications and surgery, all things that run counter to Catholic tenets on human sexuality.

The archdiocese schools enroll about 19,000 students.

Leaders of three Catholic high schools in Omaha have already said they wouldn't adopt the policies.

Creighton Prep, Duchesne Academy and Marian High School officials said their status as religious-order schools allowed them to set their own policies.

12 important moments in the history of the gay rights movement