Amanda Redler is about to finish the bachelor’s degree she started half a lifetime ago.

The 36-year-old from Albion earned her associate’s degree in 2006 before jumping “full time into adult life” as a wife and mother of three.

Redler said she considered going back to college to finish her four-year degree, but found the classes she needed to take weren’t offered online or wouldn’t fit into her schedule as a working mom.

Then, a friend suggested she look into Western Governors University.

Founded as a private, not-for-profit university in 1996 — 10 governors, including then-Nebraska Gov. Ben Nelson, signed onto a pact at a meeting in Omaha — Western Governors University offers an all-online, competency-based curriculum, allowing students to work entirely at their own pace.

Less than 10 months after enrolling, Redler has finished 23 classes and earned 59 competency units toward her bachelor’s degree all while working as a sixth grade teacher at St. Edward Public Schools.

“What I have accomplished at WGU would have taken double the time and cost me more than double the tuition at a traditional college,” she said.

Gov. Pete Ricketts said Tuesday he wants more of the estimated 306,000 Nebraskans who have started college but not yet finished their degree or earned a certificate to consider following Redler’s lead.

At a ceremony at Southeast Community College, Ricketts signed a memorandum of understanding alongside leaders from Western Governors University and Nebraska’s six community colleges to create transfer agreements and promote the school to underserved populations.

In 2020-21, approximately $21 million in Nebraska Opportunity Grant funds were given to 13,000 students to attend public and private colleges and universities in Nebraska.

Ricketts said the agreement with Western Governors University was designed to supplement the existing higher-education system in Nebraska, while providing more flexibility to adult learners and non-traditional students to join the “talent pipeline” in the state.

An estimated 71% of jobs in the state will require a four-year college degree by the end of the decade, but just 58% of Nebraskans aged 24-35 have finished their bachelor’s program.

“That’s why it’s so important to round out what we’re doing with regards to adult education in the state,” Ricketts said.

WGU President Scott Pulsipher said the university was designed to “reach and teach individuals where they are” by overcoming barriers such as time and distance that may be insurmountable for many.

Nearly 1,000 Nebraskans have finished their degree from Western Governors University over the last 25 years, Pulsipher said, while almost another 1,000 students from the Cornhusker state are currently enrolled.

The average age of a Nebraska student enrolled at WGU is 34, while 85% are working full time as they progress through programs related to technology, education, business and health-related fields.

Unlike traditional college and university settings, Western Governors University’s competency-based approach allows students to bring their real-life experience to their learning and progress after they have demonstrated proficiency or mastery of certain skills, Pulsipher said.

“This is untapped talent, these are hidden workers that all the employers in this great state need to tap into,” Pulsipher said.

Brenda Soto, an emergency preparedness and response officer with the state Department of Health and Human Services, was able to use the experiences from her time spent as a nurse in intensive care units, emergency rooms and in post-acute care toward a master’s in health care leadership from WGU.

“When I decided I wanted to further my education and work on my master’s degree, I knew I needed to choose an institution that would still allow me to work full time and continue to be present for my family,” Soto said.

After hearing about Western Governors University from a co-worker, Soto said she found the online class work “allowed me to work at a pace that fit my lifestyle.”

Pulsipher said that’s by design, and added WGU allows students to take as many courses as they want in a six-month time period for a flat rate of approximately $3,750 for six months, allowing them to potentially graduate with little debt.

As part of the agreement with Nebraska, Western Governors University pledged $200,000 in need-based aid to Nebraska students to help bridge the financial gap for students to finish a bachelor's or master’s program.

Although SCC serves a student population similar to Western Governors University —  80% of SCC students attend while working full time, and take classes in a variety of delivery formats and at an array of different times — President Paul Illich said the agreement expands options for all students.

“This is really why we’re here — giving everyone access to education,” he said. “We’re not just about career and technical programs, we’re also about trying to make sure we extend that open access to our four-year partners.” 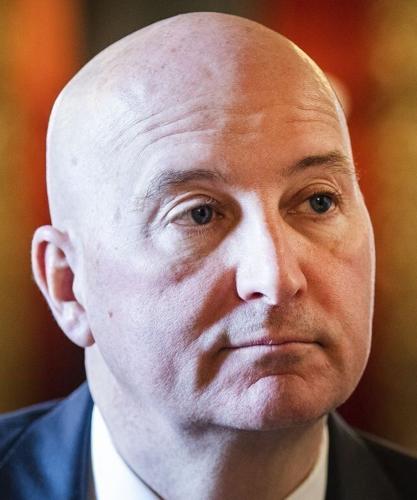