President Biden’s student loan forgiveness plan could wipe out the student debt for nearly 82,000 Nebraskans, according to data from the U.S. Department of Education.

Another 51,000 borrowers living in the Cornhusker state — there are 245,600 total — could see their student loan debt cut in half under the proposal put forward on Wednesday.

The White House said it was canceling up to $20,000 in student loan debt for individuals who received Pell grants, and as much as $10,000 for individual borrowers who make less than $125,000 per year.

According to the Education Department, as of March 31, about 54% of borrowers in Nebraska had less than $20,000 in debt.

That includes Allen Chlopek, who serves as city administrator in his hometown of Fullerton, who enrolled at Central Community College in 2011 and later transferred to the University of Nebraska at Kearney with plans to be a teacher.

Two years into his college career, Chlopek switched majors — what he describes as a “purely financial decision to finish that degree faster” — before ultimately graduating with a bachelor’s degree in geographic information systems and geography in 2016.

Entering the workforce at a salary of $32,000 and with $17,000 in debt, Chlopek enrolled in an income-based repayment plan before later upping his payments, ultimately reducing the amount he owed to roughly $13,000 before Wednesday’s announcement.

“It’s hard to say what the feeling of debt relief can do for someone,” Chlopek said in a phone interview.

Because he was eligible to receive a Pell grant — more than 32,000 students attending college in Nebraska met the financial requirement to receive financial aid from the federal government in 2020-21 — Chlopek said he believes the forgiveness plan could wipe out the rest of his student loan debt.

Biden’s overhaul of the federal government’s student loan program also extends the pause on repayments that started during the coronavirus pandemic by four additional months. Loan payments were scheduled to resume beginning on Aug. 31.

Jeremy Calcara, a training specialist with the state of Nebraska, was aware that the moratorium on payments was soon ending and was looking to become one of the 46,000 Nebraskans enrolled in an income-based repayment plan before Wednesday’s announcement.

Once the forgiveness plan goes into effect, Calcara, who was also a Pell grant recipient, said his student loan debt could potentially be reduced from $20,309 to just $309.

“It will be fun to write that last check and just get rid of it,” said Calcara, who lives in Lincoln. “It lifts a weight off my shoulders.”

The Calcaras spent the last 15 years paying off his wife’s student loans, he said, while making small payments on the debt he accrued attending Southeast Community College and the University of Nebraska-Lincoln in the mid-2000s before he finished his degree at UNK in 2016.

In addition to providing relief to individual borrowers who make less than $125,000 (or couples with household incomes of less than $250,000), Biden’s plan will also cap monthly payments at 5% of monthly income and forgive balances of less than $12,000 after 10 years of repayments.

The Education Department estimates that 90% of those who have debt canceled earn less than $75,000 a year, and range in age from 25 years and younger to those 62 years and older.

According to the Education Department, the breakdown of 245,600 Nebraskans with student loan debt is:

While Chlopek, Calcara and others who have lived under student debt hailed Biden’s plan to provide relief to borrowers, others have criticized the proposal as too costly or as a bailout for individuals who took on loans voluntarily.

Calcara, who described himself as fiscally conservative, said he understands concerns about what forgiving student loan debt could do to the economy, but says he doesn’t “have a lot of patience for people who are like, ‘I paid mine so you should have to pay yours.’”

“I suffered through one for 15 years,” he said. “I don’t want anyone to go through that if they don’t have to.”

Chlopek encouraged those who oppose the plan to talk to people whose lives will be affected, noting that the opportunity to reduce or eliminate one’s student loan debt is “life changing for a lot of people.”

He said the people whose debt is forgiven could help stimulate the local economy by buying a house or starting a business.

“There are a lot of generations that have been saddled with different struggles,” he said. “For millennials, ours is student loan debt.”

Colorado police cruiser hit by train with suspect handcuffed inside

Colorado police cruiser hit by train with suspect handcuffed inside

Why an ex-Russian officer is feeling the army call-up

Why an ex-Russian officer is feeling the army call-up 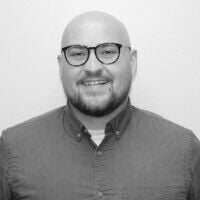