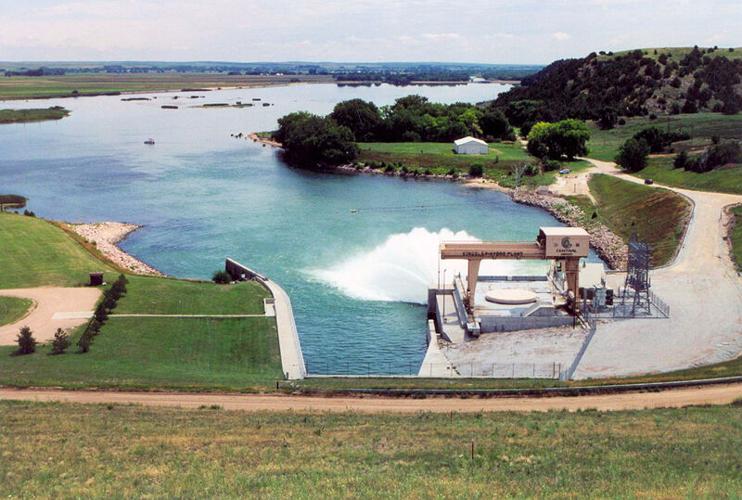 Dawson Public Power District is one of Nebraska’s larger rural power suppliers. Officials with Dawson and Central districts believe selling energy and water will complement each other.

ELWOOD — A merger that had been studied and advanced by leaders of the Central Nebraska Public Power and Irrigation District and Dawson Public Power District was approved today.

In front of a large crowd at the Elwood Civic Center, members of the Central and Dawson governing boards voted to proceed with the merger.

"There will be no more thinking of water vs. power," Michelle High of Bertrand told the boards during the public comment portion of the meeting. "We have to grow a new culture."

Today’s vote was the fourth and final vote between the Central and Dawson boards. With their joint approval, the merger will be advanced to the Nebraska Power Review Board for final approval. It’s anticipated the merger will be completed in 2023.

About Central and Dawson

Central, formed in 1933, delivers irrigation water to more than 109,000 acres on the south side of the Platte River between North Platte and Minden. The district also provides supplemental water from Lake McConaughy to more than 100,000 acres along the North Platte and Platte rivers. The district generates electricity at four hydropower plants, one at Kingsley Dam and three on Central’s supply canal.

The Dawson Public Power District, formed in 1937, serves more than 23,000 electric meters and maintains over 5,800 miles of power lines in south-central Nebraska on the north side of the Platte River.

Before today’s vote was taken, some Central water users expressed their opposition to the merger even though a consultant hired by the districts said combining the facilities of the two districts could have reduced power supply costs.

At the Elwood meeting, irrigators in the Central District complained that the two years of studying and considering the merger was hasty and that the final vote came at the height of harvest season. They said Central would sacrifice its clout on a merged board and that delivering water to irrigators would be secondary to electricity issues.

“Central is basically an irrigation company that generates some hydropower,” Dave Dahlgren of Holdrege, president of the Central water users, told the Nebraska Examiner prior to today’s meeting.

In their letter to the editor, Dahlgren and the six other farmers and ranchers urged Central’s current board members to oppose the merger in today’s fourth and final vote on the matter.

"For you on the Dawson side, there's no downside to this. But irrigators are going to be a minority vote," he said before adding colloquially, "We're going to move the courthouse in the middle of the night."

Schrock said there are nine slots on the 12-member Central board for representatives of the three major irrigation counties — Phelps, Gosper and Kearney, which are all on the south side of the Platte River.

But under the proposed merger, only six of 14 board members on the merged board would be from those counties, thus lessening the influence of irrigators, said Schrock, who is a director on the board of the Nebraska Public Power District Board.

Tanner Nelson, an irrigator from Bertrand, called himself a young farmer and "the future of agriculture." He said he was "disturbed" the meeting was called at the height of harvest season.

"It's a slap in the face to me. I have to make a living. In central Nebraska we don't schedule things during harvest," he said. "We need time to digest this."

A consultant estimated the merger could have saved $11.7 million during a seven-year span. If approved, the merger could be considered during the December meeting of the Power Review Board. The merged districts then could begin working on a new power contract, which expires in 2024.

Both Dahlgren and Schrock said irrigators probably should have been more engaged earlier in the consideration of the merger. However, like many others, they complained that recent open houses and Monday’s meeting came during harvest season when farmers are busy.

"I was asleep at the wheel," Schrock said. "But I want to know how you could do this without (the) support of the water users?"

The AP Interview: IMF director on China and US Fed 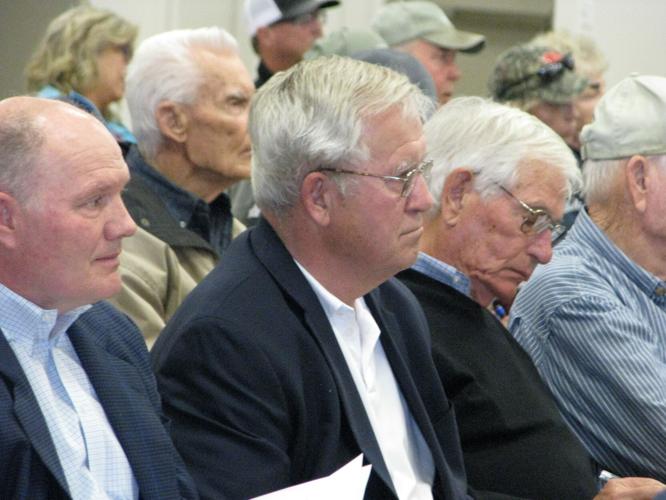 Ed Schrock from Holdrege, center, legislated major water laws as a state senator and today serves on the Nebraska Public Power District Board of Directors. He said conducting the final merger vote during harvest season was like “moving the courthouse at night.”

Dawson Public Power District is one of Nebraska’s larger rural power suppliers. Officials with Dawson and Central districts believe selling energy and water will complement each other.