Calls for accountability are growing louder even after University of Nebraska-Lincoln Chancellor Ronnie Green announced Wednesday the temporary suspension of Phi Gamma Delta, the fraternity at the center of a sexual assault report made to UNL police early Tuesday morning.

Protesters on Wednesday vowed to continue gathering nightly outside the fraternity house at 1425 R St. until the Greek letters were removed from the dwelling, which was closed Wednesday afternoon — about 36 hours after the sexual assault was reported.

In a statement emailed to students Thursday afternoon, Green acknowledged the frustrations students and demonstrators have voiced over the university's perceived hesitancy to act.

"As a university, we have a responsibility to follow that defined process and protect the rights of all involved — even while we move as quickly as we can," Green wrote. "And I know that the end of that legal process sometimes just doesn’t feel like justice.

"I get that. I understand many of you are angry. I’m angry too."

UNL confirmed that the accuser is a 17-year-old woman and University Police are handling the investigation independently, without assistance from the Lincoln Police Department, spokeswoman Leslie Reed said in a phone interview Thursday.

Relaying information from university police, Reed said the 17-year-old went to the fraternity — best known as Fiji — with an 18-year-old female friend Monday night. The 18-year-old left the gathering at the house before the 17-year-old, who later called the friend to pick her up.

The 18-year-old picked up the accuser from 17th and R streets — a block from the Fiji house — and took her to Bryan East Campus, Reed said, where they reported a sexual assault to LPD, which turned it over to UNL police.

Reed said the accuser identified a 19-year-old man as the person who allegedly sexually assaulted her at the fraternity house.

"If you’re a young man who somehow thinks this is cool — think again. It is unacceptable," Green said in his statement to students. "No means no. And if you violate that, and we can prove it — you have no place on our campus."

Police are employing "trauma informed investigating" to look further into the incident, Reed said, moving at the pace of the accuser with techniques focused on providing care, comfort and empathy for the 17-year-old.

The university said there is no evidence to corroborate reports the accuser was found laying on the fraternity house's lawn with cuts and bruises.

Rumors alleging the accused man, who has not been arrested or charged, had fled the country were not true, according to university and police sources. The student has left UNL, returned home and hired an attorney.

UNL police said a widespread screenshot purportedly showing the student fleeing to a tropical foreign country is fake and unrelated to the incident.

A massive crowd — nearly double that of the previous night — gathered outside the lifeless fraternity house for a second straight night Wednesday, where some called on Green to attend promised future rallies. As of Thursday afternoon, Reed said there were not plans for Green to appear at a demonstration.

"I think, for now, the chancellor will continue to talk to the campus as a whole about this situation," referring to statements such as the one Green dispatched Thursday.

Before the fraternity was suspended Wednesday, it was on probation for previous violations of university policy, Green said in his announcement. Both the local chapter and national Phi Gamma Delta organization released statements vowing cooperation and condemning sexual violence.

Wednesday night's protest saw a massive wave of demonstrators march in a loop from 14th and R streets up toward 19th and Vine streets.

Lincoln Fire and Rescue crews treated and transported two demonstrators to local hospitals. Both suffered from ailments brought on by heat, organizers said. The temperature at the Lincoln Airport at midnight was a muggy 80 degrees.

The alleged assault that prompted the protests was the 103rd rape reported to UNL Police since 2005 — and the 78th such incident reported since 2015, according to data reviewed by the Journal Star. Another rape was reported eight hours after the alleged assault at the Fiji house.

UNL maintains a comprehensive list of campus and local resources for sexual assault survivors on its website, including information on how to report sexual assaults to both law enforcement and the school's Title IX office.

The actual number of attempted rapes on UNL's campus is likely much higher, according to Marcee Metzger, the executive director of the local victim advocacy organization Voices of Hope.

In the hours before the second night of protests, Metzger told the Journal Star that most sexual assaults aren't ever reported to campus police, not just at UNL, but at colleges across the country. She said demonstrations like the ongoing gatherings outside of the Fiji house can help prompt sexual assault survivors to make belated reports.

"I think it's really important that there's accountability," Metzger said in a phone interview. "Voices of Hope stands in solidarity with the survivors of sexual violence who are experiencing this, but also those protesters who are out there saying, 'Please pay attention to this.'"

The 18-year-old victim told Lincoln police that she was visiting Jamieria Wallace from out of state when the two got into an argument. Three children -- two 8-year-olds and an infant -- were present during the incident, police said.

Among the 16 noncompliant agencies in Nebraska is the police department tracking data for the state's most populous city, according to officials with the Nebraska Crime Commission, though officials say Omaha is getting close.

After serving a sentence in England, he was released and settled briefly in Blair before he landed in state regional centers in Norfolk and Lincoln.

Both vehicles caught fire after the collision on U.S. 275. A spokesman for the Sheriff's Office said it has not been determined which vehicle crossed the center line into oncoming traffic.

Aubrey Trail loses bid to act as his own attorney

The Nebraska Supreme Court overruled Aubrey Trail's motion to serve as his own lawyer, saying he had failed to serve notice of his request to the Nebraska Attorney General's Office.

Number of sexual assaults reported to UNL police doubled in 2020

The sharp increase stems from a student who reported being subjected to unwanted sexual touching by a partner an estimated 10 times while they were dating, police said.

School officials identified a 16-year-old passenger who died Tuesday morning in a single-vehicle wreck at 70th and Fletcher. Three others were seriously injured in the crash. 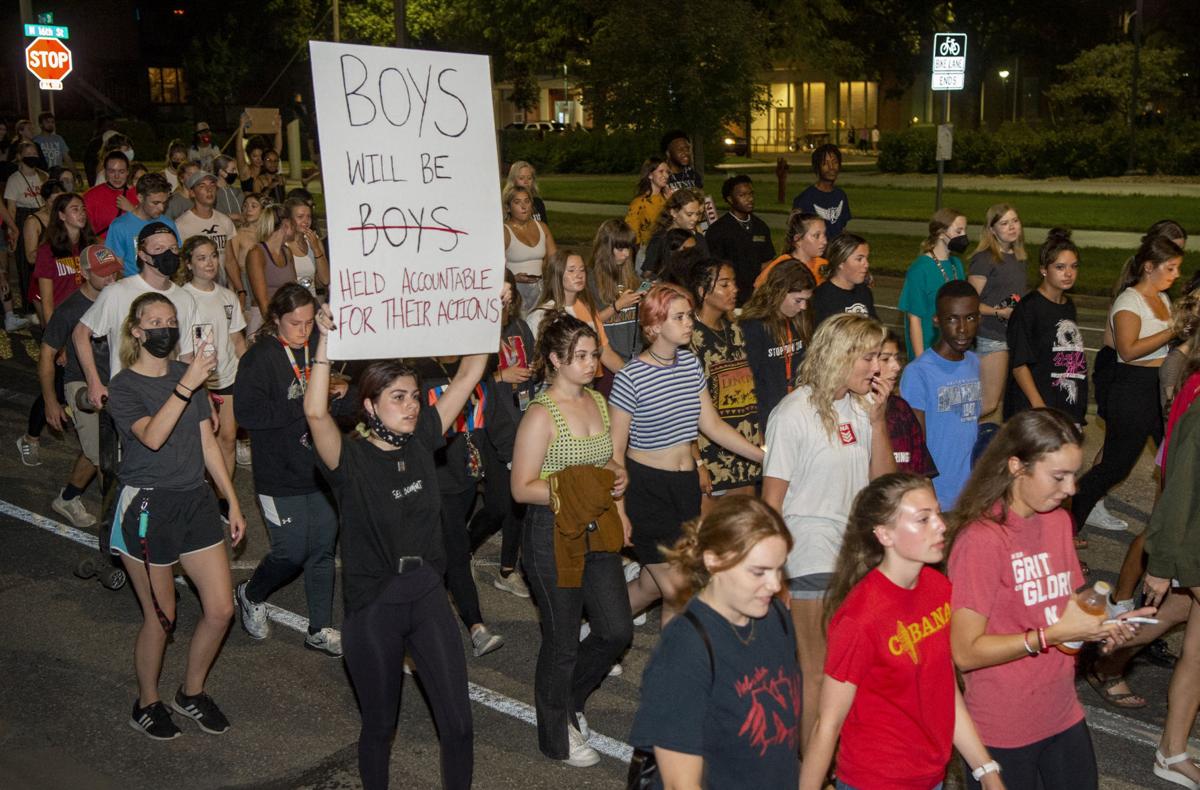 The crowd for Wednesday night's protest on the University of Nebraska-Lincoln downtown campus appeared to double from the previous night. Protesters called for campus leaders to remove the letters from the suspended Phi Gamma Delta house. 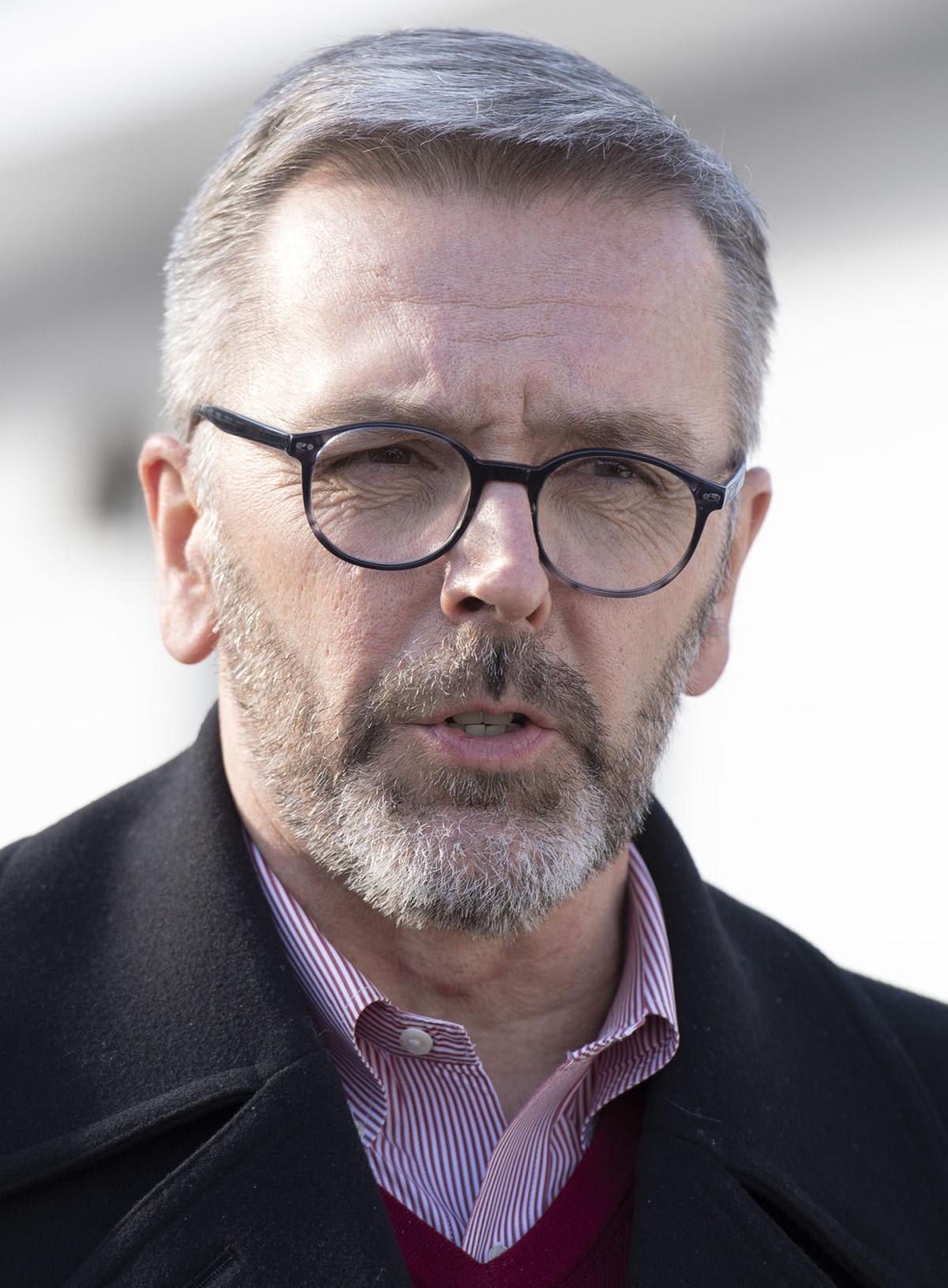