KEARNEY — The bright blue Ford Mustang on LeRoy Johnson’s trailer collected dust in a shed near Sumner for nearly 50 years.

Thursday afternoon as Johnson and his wife, Amy, of Nelson prepared to pull away from the Buffalo County Fairgrounds, they were ready to blow away the rest of the dust.

At $442,000, the Mustang was the top seller at an auction that featured 17 rare and powerful cars from the collection of the late “Butch” Siebenaler of Sumner. He had spent his life tracking down rare cars and the parts to rebuild them, but he died from a heart attack last year and so the best of his collection was put up for sale by Big Iron Auctions.

The online auction attracted interest from around the globe and was scheduled to close at 1 p.m. Thursday. However, bidding went into overtime, and the Johnsons hung around long enough to get the car of LeRoy’s dreams. “I’m a big gear head and this is a pretty unique car. I’ll get it on the highway and see what it does,” LeRoy said.

One of the rarest and most collectible muscle cars, the Grabber Blue Mustang’s 429 cubic inch engine produces 1,100 horsepower and it’s one of only 1,356 that were built.

Amy said she was shaking from the nerves until she and LeRoy finally won the bidding contest.

The Mustang was among the 17 cars up for auction Thursday. Mat Cope of Big Iron declined to reveal how much the auction brought in, but he said it was successful and there will be another auction of Siebenaler’s collection in late September.

There still are 186 cars and many parts stored in the Siebenaler salvage yard near Sumner.

Big Iron, which is experienced with heavy equipment and farm implement sales, had its first experience with collectible cars two years ago when it auctioned the Chevyland USA vehicles and building near Elm Creek. The Chevyland building now houses a commercial sign business.

Cope said after Thursday’s muscle car sale that he has the distinction of having sold a rare, sought-after vehicle. “I’ve sold a $442,000 car. I’ve got a little ‘street cred’ now,” he said.

The revocation follows a complaint alleging that beginning in the early to mid-1990s, Nolan Beyer “engaged in a personal and noneducational relationship with a student.”

Doctors expect Jason Busch to make a full recovery, but they aren’t sure how long it will take.

It was Frank Dineen who first required deputies to wear hats as a part of their uniform, and who instituted 24 hour coverage for road patrol in the county.

He was arrested on a Buffalo County warrant in April, and is free on bond.

BEAVER CITY — A 15th man has been sentenced in connection to an ongoing Furnas County sex trafficking case.

Study: Artificial intelligence are taking on the racists and sexist biases of humans

Survey: More Democrats plan to vote in the fall after Supreme Court ruling

Survey: More Democrats plan to vote in the fall after Supreme Court ruling 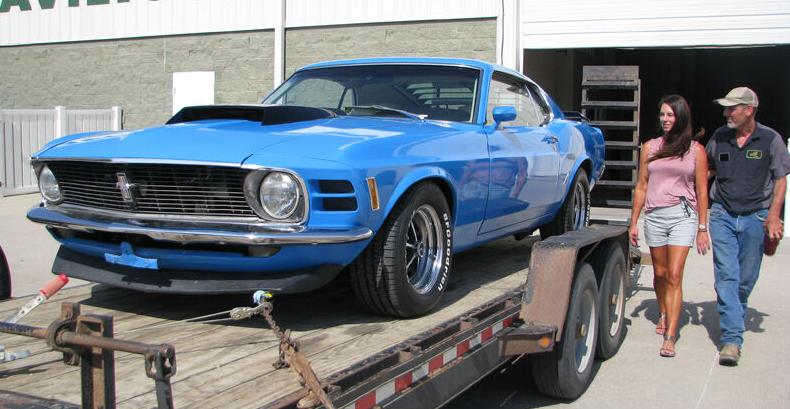 Amy and LeRoy Johnson prepare to trailer their rare 1970 Ford Mustang 429 Boss home to Nelson. Only 1,356 were built. The Mustang was among the rare cars in the collection of the late “Butch” Siebenauler of Sumner. 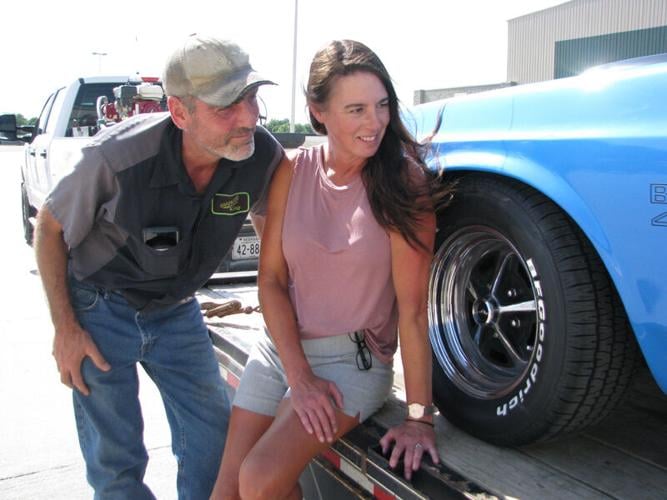 Amy and LeRoy Johnson operate a limestone quarry near the Kansas border in Nelson. They’ve been married 33 years and always wanted to own a car like the 1970 Mustang 429 Boss they paid $442,000 for Thursday.