MINDEN — Artists Sondra Jonson and her son, Joseph Hale, will hold a reception from 5-7 p.m. Saturday at the Minden Opera House to celebrate the opening of their show at the gallery.

Jonson, who grew up in the Philadelphia area, knew by first grade that her future included a career in art. During her middle school years she spent her weekends taking classes at the Philadelphia College of Art and studying privately during the summers with portrait painter Marian Harris.

After graduating with a B.A. in studio art from Bryn Mawr College, Jonson enrolled at the Frudakis Academy of Fine Art in Philadelphia and spent the next two years learning classical figurative and portrait sculpture from famed American sculptor EvAngelos Frudakis.

Jonson’s career in sculpture began to flourish when she established her studio in southwest Nebraska in 1995. Most of her more than 100 sculpture installations in more than 25 states and Canada have been created since moving to Nebraska. Jonson found a demand in the Midwest for the skills, techniques and themes she had mastered.

Her son, Joseph McHale, lives in Kearney. He graduated from University of Nebraska at Kearney in 2013 after studying studio art. He also studied at the Pennsylvania Academy of Fine Arts in Philadelphia, Creighton University and has found inspiration and education from his experiences in New York, Philadelphia, New Mexico and Paris.

In his artist’s statement, McHale says that his work is “presented in abstract compositions that are meant to intrigue the imagination and intellect into contemplation of the simple, the complex, the light, the dark and the divine.”

He wrote: “In these paintings, each line can be a hero in a story, a field of color can be the world and the world can be a tiny gem carried by another hero in another story. Each piece is created to be beautiful in a way that invites and calls those who view them toward something higher.

"The paintings are designed to work as maps or portals that, rather than glorify something worldly, they position those who see them to look deeply and with fascination at the world around them beyond its material form.”

The show continues at the Minden Opera House Gallery through the end of October. Hours are 10 a.m.-5 p.m. Tuesday through Friday or on weekends with advance notice.

What: Artist reception for Sondra Jonson and Joseph McHale

Also at the Minden Opera House:

KEARNEY — Informed voters know something about the candidates and issues, but how much do voters know about themselves? 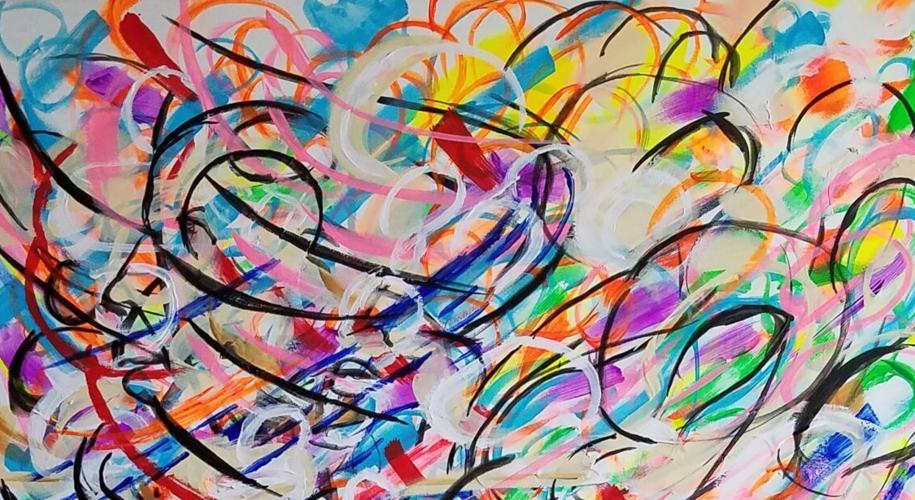 “Singing to the Bear,” by Joseph McHale. McHale says that his work is “presented in abstract compositions that are meant to intrigue the imagination and intellect into contemplation of the simple, the complex, the light, the dark and the divine.” 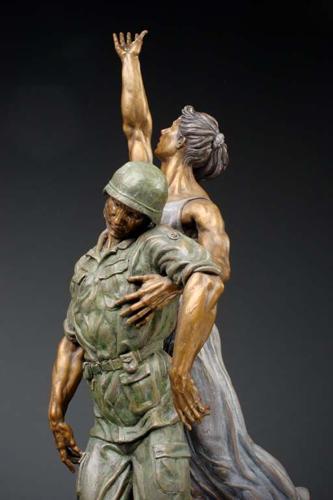 “Going Home,” by Sondra Jonson, resin, 21 inch. The pair will talk about their artwork during an artist’s reception from 5-7 p.m. Saturday. Admission to the event is free. A performance of jazz music follows the reception. 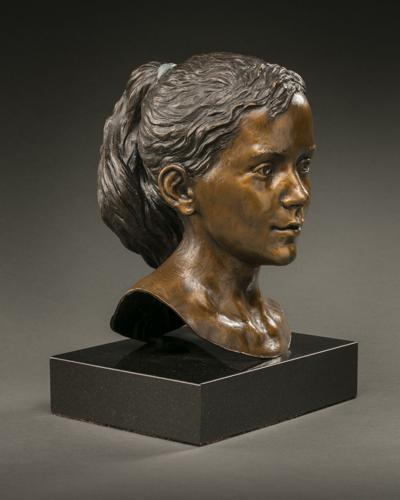 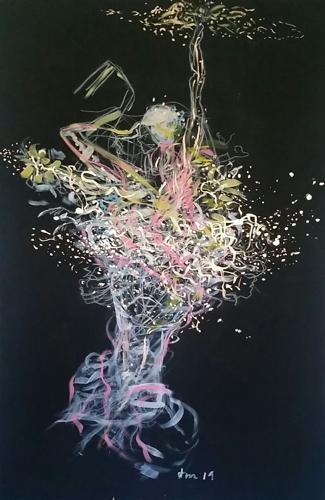