US beats Iran, advances to round of 16 at World Cup

Watch as we learn more about Roger Petersen and his heart transplant journey.

KEARNEY — Roger Petersen’s road to a life-saving heart transplant was like a roller coaster ride filled with emotional highs and lows.

Today — four months after surviving the transplant — Petersen’s voice trembles as he describes how it feels to have a second chance at life.

“Much of the care I received was humbling,” he said regarding the helplessness of relying on machines to sustain his life and on nurses who cared for his every need, even when he went to the bathroom.

“The most humbling part is that somebody had to die so I could live,” he said.

Petersen, 63, is well known in the Kearney area. After following one of his daughters, Kelsey, through her collegiate volleyball career at Iowa State University, Petersen’s interest focused on local collegiate and high school sports. He is a familiar face in the bleachers at high school and college athletic events. Recently sportscaster Doug Duda told his listeners that Petersen was in the bleachers at a volleyball match.

Many of the fans who got to know Petersen on the sidelines followed and supported him in his seven-year journey to a new heart. He thinks his troubles began when a virus invaded the organ. It was a year ago when things went from bad to worse, and if not for the skills of the transplant team at the University of Nebraska Medical Center, he wouldn’t have survived.

Now that he’s rejoined his friends and fans, Petersen is answering a lot of questions about his experience.

To the most frequently asked question — “Who was the donor?” — Petersen cannot respond. The donor’s identity is confidential. All Petersen knows is that the donor must have been large. Petersen stands 6-foot-4-inches and weighs 203 pounds. Prior to his transplant, he was 240 pounds.

“The donor’s heart has to fit your body,” he said. Although he knows nothing about the donor, Petersen said someday he intends to write to the family to express gratitude and to tell them he’s making the most of his life.

Petersen is back at work as street superintendent for the city of Kearney. He’s exercising and taking care with what he eats. He’s faithfully taking his medicine: eight pills in the morning and eight more at night. Each pill has a job. One prevents his body from rejecting the new heart.

Petersen had to meet various qualifications before he could be placed on the waiting list for a transplant. Doctors needed to know he would be a good patient and would stick with a post-transplant regimen. Also, he had to be sick enough to need a transplant but strong enough to survive the procedure.

His transplant experience began in March 2015 when he started coughing uncontrollably while working in the garage. He visited Kearney physician Brad Rodgers. The coughing was a symptom that a virus had attacked Petersen’s heart. His condition was serious. Doctors fitted him with a pacemaker and defibrillator. The devices would shock Petersen if his heart stopped.

Petersen’s wife, Deb, took him to Kearney Regional Medical Center on a day he was unable to stay awake at work.

Petersen received a liquid that stimulated his heart. He learned that, at 25% to 33%, his heart wasn’t pumping the volume of blood a normal heart would pump. He said 50% to 55% of the body’s volume is more normal.

That year was the beginning of a long spell when Petersen met regularly with cardiologists. The heart experts from Lincoln’s Bryan Heart Hospital regularly visited patients at Jenny Melham Hospital in Broken Bow, so when the doctors were in town, Deb and Roger were on the road to Broken Bow.

Petersen said his condition worsened over several years. In March 2021, Petersen visited a cardiologist at Bryan Heart in Lincoln. “He said, ‘You need to get a new heart.’ It was shocking,” Petersen said.

It was time to be serious about the waiting list for a donor heart. At UNMC, transplant candidates must have a healthy weight, they can’t be smokers or drinkers and they must prove that they will strictly follow doctors’ orders and take medicine as prescribed. Their blood type must be compatible with the donor heart. Also, transplant candidates are advised to stay within four hours of UNMC.

In mid-June this year surgeons told Petersen to be prepared. He was moving up the list and might get the go-ahead any day.

On June 14, 16 and 17 surgeons inserted devices to help maintain circulation during the transplant, but it was nearly a two-week wait until it was time for the procedure.

The donor heart was flown on a private jet to Omaha while Petersen received final preps.

Petersen’s procedure was UNMC’s 496th transplant. He said he was surprised how frequently heart transplants are performed at UNMC.

“They put a new heart in a guy from Overton on the night before they put in my heart,” Petersen said.

From mid-June, when he checked in at UNMC, until he was released after the transplant, Petersen had spent 35 days at the hospital.

“I cannot say enough good about the nurses,” he said about the care before and after the operation.

He said it was important for him and his family members — wife Deb and daughters Melissa Ericksen of Holdrege and Kelsey Tuetken of Dripping Springs, Texas — to keep a positive frame of mind because there were plenty of opportunities for doubt to creep in.

Doctors didn’t mince words with Petersen or his family, he said. “There was one day when the doctor told me, ‘You either get better or you get worse and I sign your death certificate.’”

Second chance at life: A Kearney man receives a heart transplant at UNMC

Watch as we learn more about Roger Petersen and his heart transplant journey.

French baguette may be included in UNESCO heritage list

Arias in the throes of war: Ukrainian companies crowned at 'Opera Oscars'

Arias in the throes of war: Ukrainian companies crowned at 'Opera Oscars' 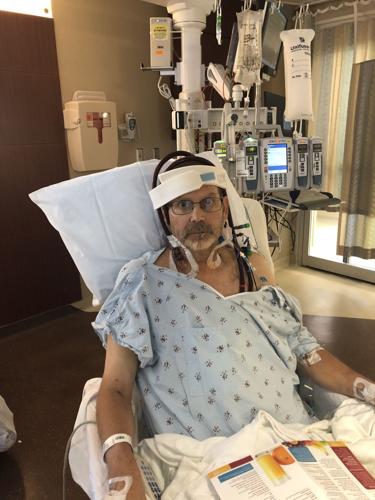 Surgeons inserted several tubes into Roger Petersen and a pair of pumping devices to maintain blood circulation during his transplant. 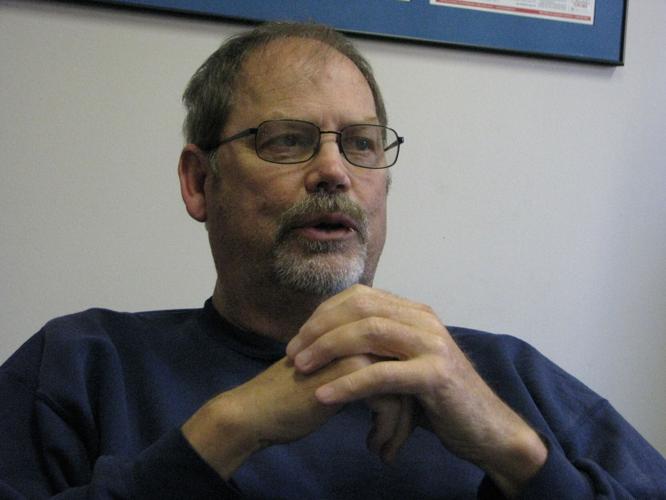 Roger Petersen is a familiar face in Kearney. He said he and his family received tremendous support as his heart transplant came nearer in mid-summer. He said it’s humbling to think that someone else’s heart saved his life. 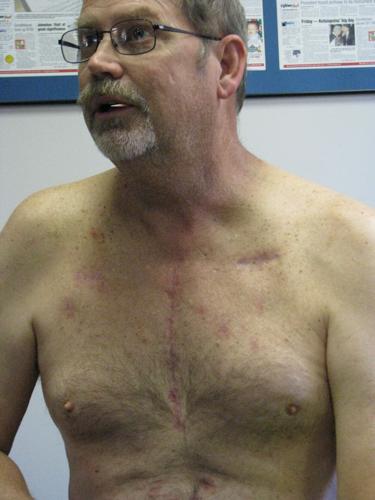 Roger Petersen’s heart transplant caused a number of scars, the largest being the place where surgeons opened his chest cavity. Doctors told him that to receive a transplant he had to be sick enough to need a new heart but healthy enough to survive the procedure. 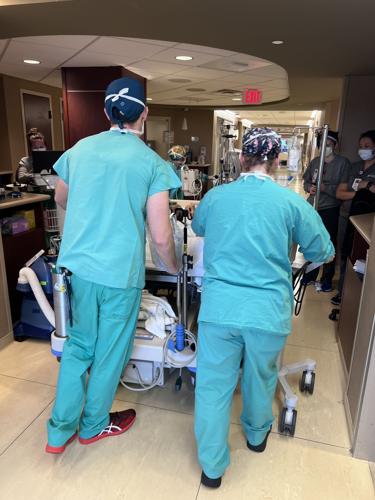 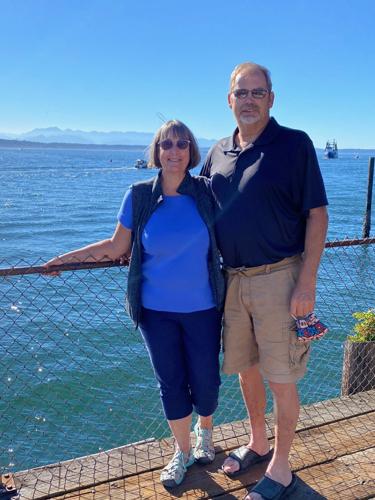 Deb and Roger Petersen visited their daughter, Kelsey, and son-in-law Todd Tuetken when the couple lived in Seattle, Washington.