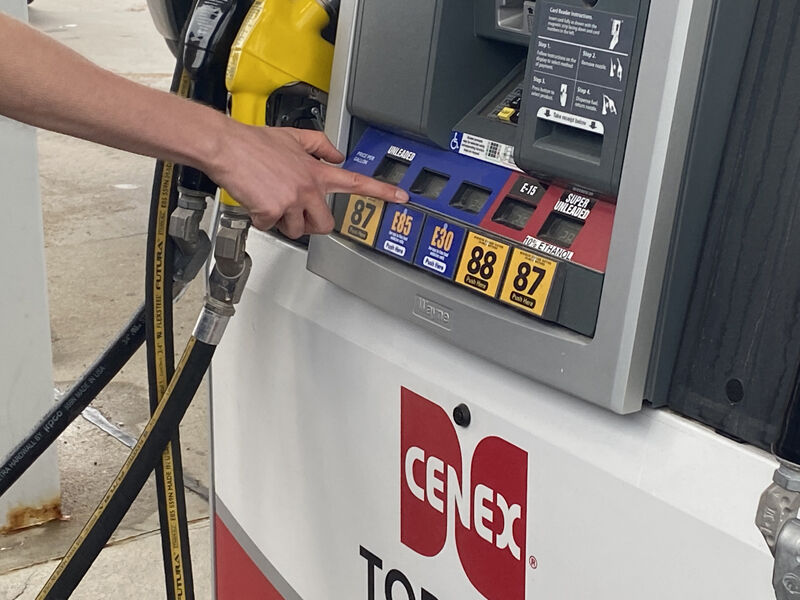 E15 is approved for any vehicle model year 2001 and newer. E30 and E85, on the other hand, are approved for flex fuel vehicles. 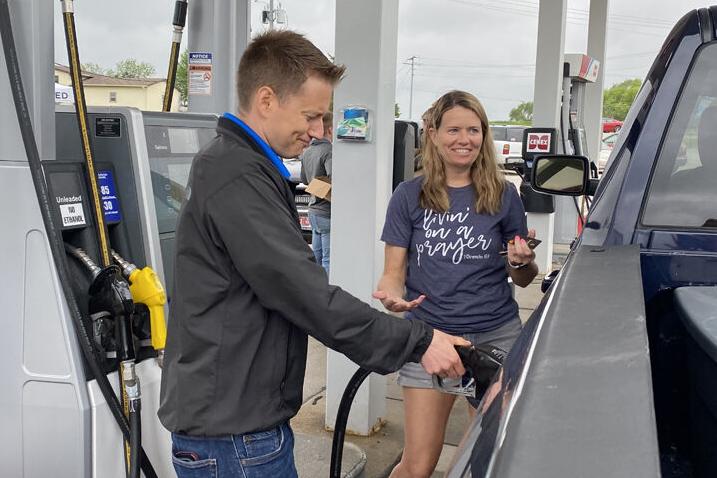 Representatives from Fueled by Nebraska welcomed motorists to the pumps, and informed them of the great deals at CPI Premier Stop that day. When customers use ethanol blends, they save money, benefit the environment and experience better performance from their vehicle.

For the event, Kearney Premier Stop partnered with the Nebraska Department of Agriculture, the Nebraska Corn Board, the Nebraska Ethanol Board and Renewable Fuels Nebraska. More than 300 drivers participated.

“We are really drawing attention to the renewable fuels industry that we have here in Nebraska, whether that’s ethanol or biodiesel,” said Kurtis Harms, the Nebraska Corn Board director of Communications. “As part of Renewable Fuels Month, we all travel to different gas stations throughout the state. We’ll partner with those stations that are offering higher blends of ethanol because ethanol is very important to our corn farmers.”

Since 2006, one month has been dedicated to recognizing the benefits of renewable biofuels by the Nebraska governor. Throughout May, promotional events are held at stations like Kearney Premier Stop, during which customers could save 30 cents off of E15, 30 cents off of E30 and 85 cents off of E85.

Drivers were greeted at each pump and shown the ethanol blends that were compatible with their vehicle’s model year.

Nebraska drivers can help local farmers when they fill up their gas tanks at Kearney Premiere Stop’s new blender pumps, which were installed last November.

“Agriculture continues to be the largest economic driver for the state and job supporter,” said Steve Wellman, Nebraska Department of Agriculture director. “Renewable fuels come from a lot of the products that we raise — corn, soybeans, sorghum and the livestock that we raise here can be turned into renewable fuels. So it’s a great system. It all adds value.”

Nebraska is No. 2 in ethanol production nationwide, second to Iowa. In addition to improving the economy, renewable biofuels save consumers money and benefit the environment.

Even as electric vehicles become more relevant, ethanol will continue to benefit the environment.

“Twenty to 30 years down the line, (electric vehicles) will greatly affect the ethanol industry, however, there are many options the ethanol industry is going to be able to go through in the meantime,” said Jan tenBenzel, Nebraska Ethanol Board chairman.

TenBenzel said ethanol fuel could be used more frequently to generate the electricity for electric vehicles. Flex fuel hybrid vehicles are also an option that uses ethanol while driving in rural areas and electricity in urban areas.

“An important thing people can do is ask their retailers to add E15 and higher blends,” tenBenzel said. “E15 is going to be the new standard fuel in Nebraska and in the Midwest and in a few years, it will be the standard fuel in the United States.”

UN secretary general says 'the world must wake up'

UN secretary general says 'the world must wake up'

E15 is approved for any vehicle model year 2001 and newer. E30 and E85, on the other hand, are approved for flex fuel vehicles.

Representatives from Fueled by Nebraska welcomed motorists to the pumps, and informed them of the great deals at CPI Premier Stop that day. When customers use ethanol blends, they save money, benefit the environment and experience better performance from their vehicle.