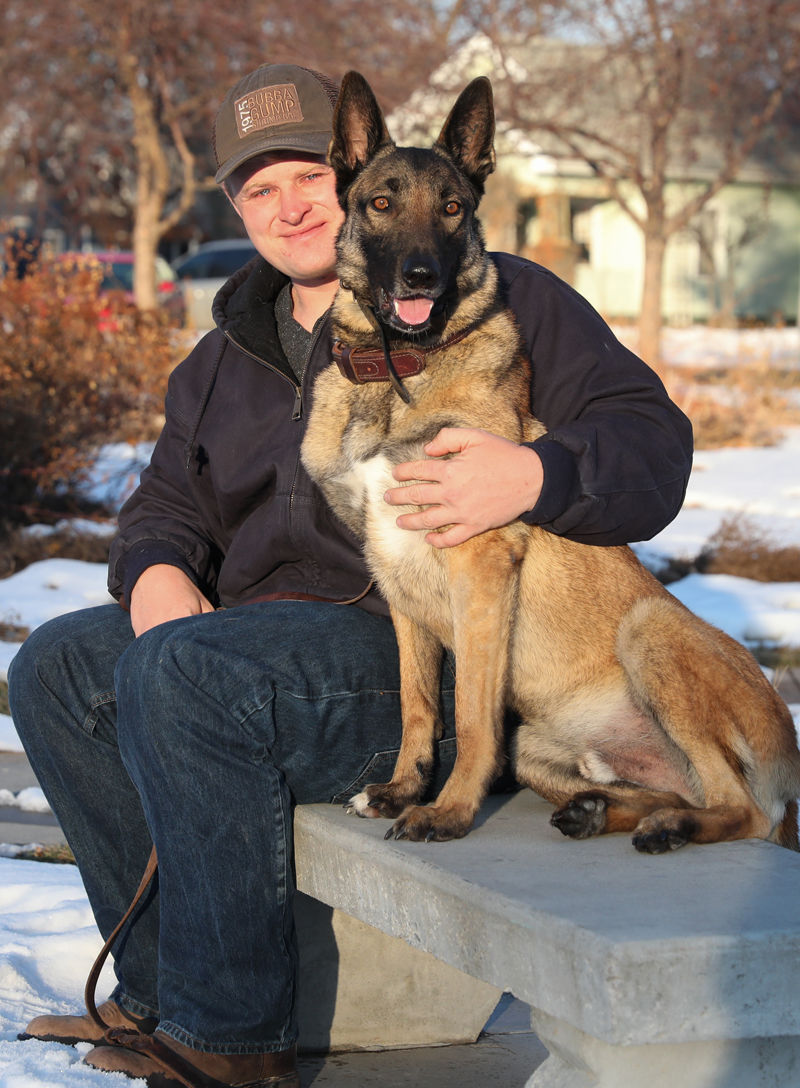 After nearly two years of being separated, Kearney Navy veteran Jessie Robinson and his military dog Vvito were reunited earlier this month. Vvito now lives with Robinson in Kearney. 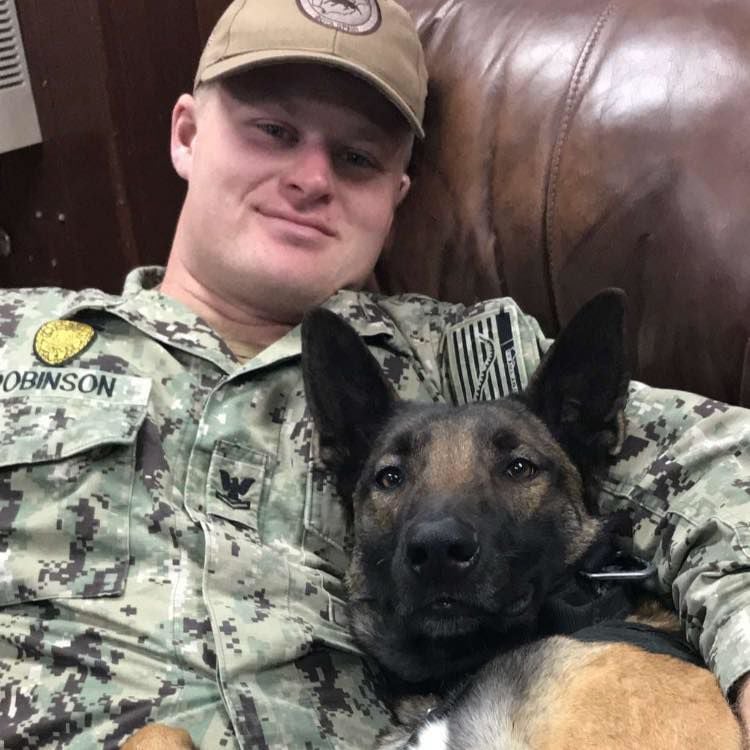 Jessie Robinson and Vvito worked together in Spain for the U.S. Navy.

KEARNEY — Whether at home, in the military or with a pet, family sticks together.

So when Jessie Robinson heard his former K-9 partner needed a permanent home after retiring from the military, the decision to make the Belgian Malinois a permanent part of his family was easy.

“As soon as (his former handler) said he couldn’t take him, I had no doubt,” said Robinson, 26, a Kearney native and U.S. Navy veteran.

Earlier this month, after being separated for about two years, Robinson and Vvito were reunited thanks to Mission K9 Rescue, a Houston-based nonprofit that places retiring military and contract working dogs. The group tries to first reunite dogs with their handlers.

Robinson enlisted in the Navy after graduating from Kearney High School in 2012. He attended Navy Seal training; however, an injury changed his plans. In 2013 he became a dog handler. He worked with five bomb dogs and one drug dog during his career.

“It just found me. I didn’t even know dog handlers were a thing in the Navy,” he said.

Vvito served as a bomb dog before being paired with Robinson.

Once together the duo worked in Spain in 2016. It was the family atmosphere with the other handlers that made Robinson comfortable.

“When you work with a bomb dog, it’s a bond that you’ll never have with anyone else. You’re trusting your life to this dog,” Robinson said. “You work day in and day out with them. They aren’t just your dog, they’re your partner. The bond becomes pretty incredible.”

In summer 2017, while Robinson and Vvito were playing catch in Spain, Vvito tore the ACL on his left hind leg. While awaiting surgery in his kennel he tore his right hind leg ACL.

Because of the injuries, and his tendency for heat exhaustion, Vvito was retired and went to Mission K9 Rescue in Texas. Despite having several handlers during his career, no one was available to take in Vvito.

Then Mission K9 Rescue tracked down Robinson and reunited the partners.

“Being able to reunite with him was absolutely incredible.”

After serving six years in Florida, Africa and Spain, Robinson was honorably discharged as a master at arms, and now is in his second semester at the University of Nebraska at Kearney studying graphic design and photography under the GI Bill. He also works part time, and on nice days he and Vvito can be seen walking and playing at Meadowlark Dog Park, Cottonmill Park and Fort Kearny State Recreation Area.

Americans are serious about their snacks

Americans are serious about their snacks

I don't always write about crime. Sometimes I get a change of pace and get to tell stories about veterans, their service and their lives after…

After nearly two years of being separated, Kearney Navy veteran Jessie Robinson and his military dog Vvito were reunited earlier this month. Vvito now lives with Robinson in Kearney.

Jessie Robinson and Vvito worked together in Spain for the U.S. Navy.