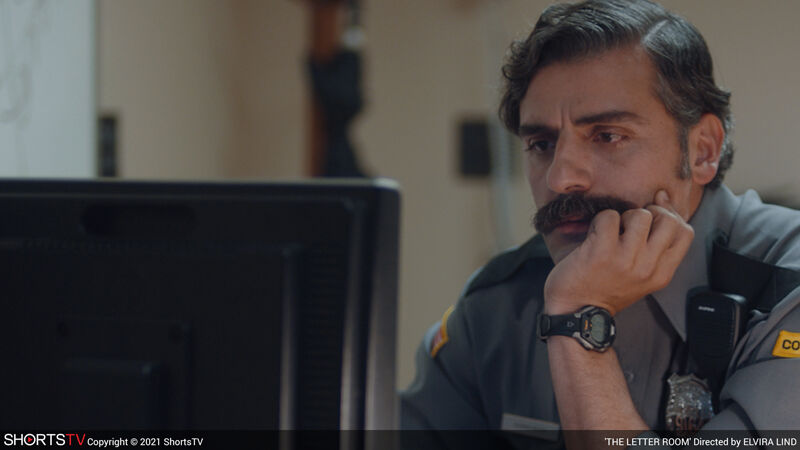 Oscar Isaac stars in “The Letter Room,” a 32-minute film that explores the world of a lonely corrections officer. The film will be shown at 7:30 p.m. Friday as part of the Oscar Nominated Short Films at The World Theatre. Admission is $5. 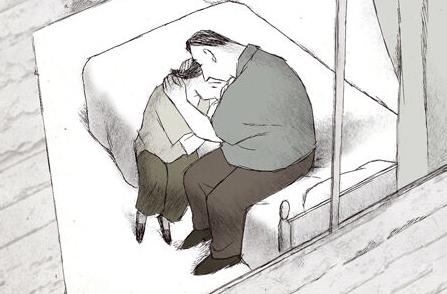 “If Anything Happens I Love You,” 12 minutes, directed by Will McCormick and Micheal Govier. Bryce Jensen, executive director of The World Theatre, said about the series of films, “I love short films. The stories are concentrated in one little tiny nugget. If you don’t like it, you can just wait for the next one.”

The annual celebration of the movie industry also includes other types of films.

“These films don’t get much exposure in theaters,” Bryce Jensen said of the Oscar-nominated short movies. “These entries tour the film festivals to get recognition and nominations, but they are rarely seen by large audiences.”

The Academy of Motion Picture Arts and Sciences will honor the best films of 2020 with Oscar awards on April 25. The World Theatre will present three categories of short films, including live action, documentary and animation, Friday through Sunday. Admission to each showing is $5.

“In the past we’ve just shown one category and toyed around with the idea of showing all three,” said Jensen, executive director of The World Theatre. “This year, since we’re back up and going after the pandemic, we wanted to try all three and see how audiences will respond.”

“I love short films,” Jensen said. “The stories are concentrated in one little tiny nugget. If you don’t like it, you can just wait for the next one. Watching a bunch of films in a series is very enjoyable. Some of them might take you to a weird place and others might uplift you, taking you to all kinds of emotions.”

“The Letter Room,” 32 minutes, directed by Elvira Lind, features a lonely corrections officer who gets assigned to screen mail intended for inmates in a prison. He connects with the deeply personal letters for a prisoner on death row and finds himself intertwined with the personal lives of the prisoner and the letter writer. The comedy includes performances by Oscar Isaac (“Inside Llewyn Davis”) and Alia Shawkat (“Arrested Development”).

The documentary category includes films that focus on a member of the French Resistance during World War II, the lineage of a Black family struggling against prejudice from the Jim Crow South, the Hong Kong protests in 2019, therapeutic feeding centers in conflict-ridden Yemen and the shooting of a 15-year-old girl in South Central L.A.

Jensen understands the contrast between short films and feature-length movies.

“When you watch a single feature in a theater, you have that tone that brings you through the arc of the story,” he said. “Watching a series of shorts lets you go through a whole gamut of emotions. It’s quite an experience.”

Will McCormick, who wrote the script for “Toy Story 4,” makes his directorial debut, along with Micheal Govier, in “If Anything Happens I Love You.” The action in the 12-minute animated film follows grieving parents who become estranged after the death of their daughter at a school shooting.

The directors, who met at acting school, wanted to make a film where shadows represent emotions that people found difficult to express. In “If Anything Happens I Love You,” the shadow of their daughter represents a force that brings the adults together to confront their grief.

Face masks and social distancing are required at The World Theatre at this time. Patrons can purchase tickets online in advance to choose their seats. Tickets purchased at the door will be assigned seats with distance between other parties. Masks should be worn when moving about the theater. For more information visit the website TheWorldTheatre.org.

When: Various times Friday through Sunday

Additional showings and events at The World Theatre:

Celebrities on what they've missed this awards season

'The Bachelor' star Colton Underwood comes out as gay

British actor Helen McCrory, who starred in the television show "Peaky Blinders" and the "Harry Potter" movies, has died.

Jennifer Lopez and Alex Rodriguez told the "Today" show Thursday in a joint statement that they are calling off their two-year engagement.

When Monroe Tavern opened 16 years ago, they went through 20-30 pounds of wings. Now they go through 10 times that amount, with the high end even reaching over 400.

Spring and summer movie preview: A look ahead to films coming to theaters, homes in coming months

Don’t be surprised if a few of these movies sound familiar due to having been pushed back ad infinitum because of the pandemic.

Hank Azaria, who voiced Apu on 'The Simpsons', apologizes for playing character

"I apologize for my part in creating that and participating in that," Azaria said. "Part of me feels like I need to go to every single Indian person in this country and personally apologize."

The 100 best albums of the 21st century, according to critics

What album would rank at the top?

John Stamos was thrilled when he heard he could possibly star in a new series from producer David E. Kelley.

The Boston-born mother of nine became a household name thanks to her appearances on the A&E series "Wahlburgers," about the family's burgeoning burger chain.

Prince Philip had a rich Hollywood history. Here’s how he was depicted in film and TV

Here's a look at the actors who’ve taken on the role over the years — and one who will play him in the near future.

Oscar Isaac stars in “The Letter Room,” a 32-minute film that explores the world of a lonely corrections officer. The film will be shown at 7:30 p.m. Friday as part of the Oscar Nominated Short Films at The World Theatre. Admission is $5.

“If Anything Happens I Love You,” 12 minutes, directed by Will McCormick and Micheal Govier. Bryce Jensen, executive director of The World Theatre, said about the series of films, “I love short films. The stories are concentrated in one little tiny nugget. If you don’t like it, you can just wait for the next one.”