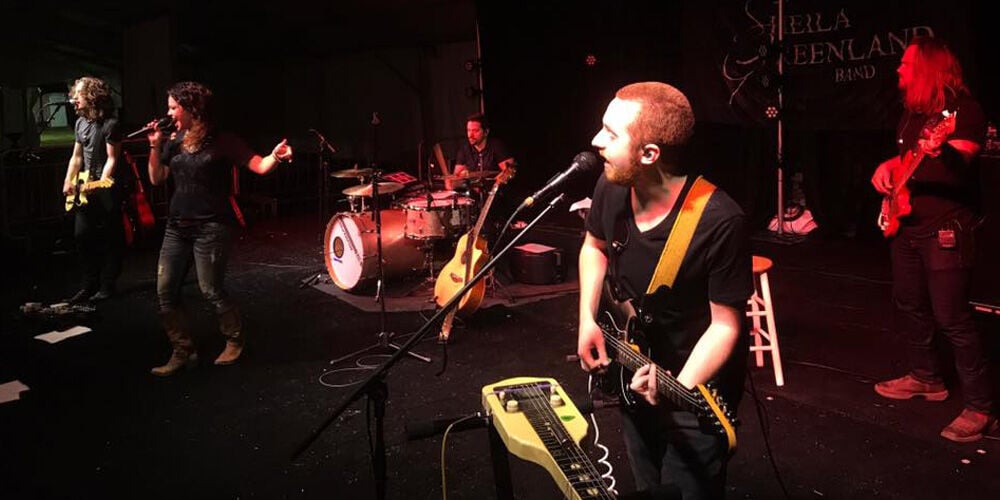 Sheila Greenland and her band will perform at 7 p.m. Friday and Saturday at Joe’s Honky Tonk. Managing her desire to make music with her family life — and the coronavirus — takes a lot of effort, something that Greenland finds worth the struggle. “I decided that I want some gigs on the books, I want to play,” she said. 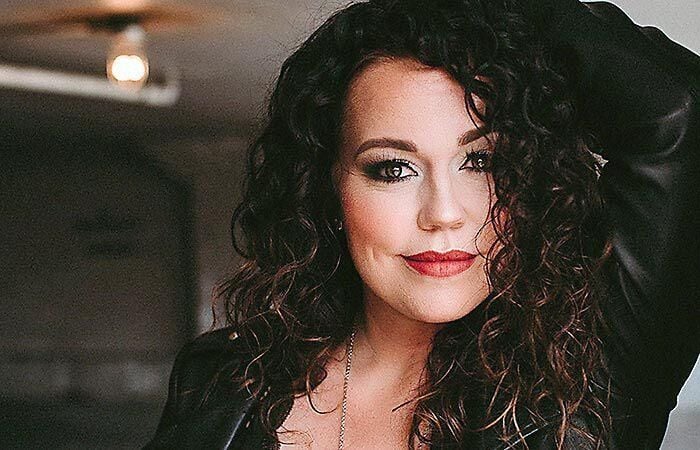 KEARNEY — Before the pandemic shutdowns, Sheila Greenland and her band performed so often they skip rehearsing.

“Now we’re rehearsing a little bit,” she confessed. “We’ve had a few shows but I’ve taken the time to do a total overhaul on our set list. I have another female singer and a couple males who sing, too, so we have a lot of duets and a lot of variety.”

The Sheila Greenland band plays original and cover tunes including music by Journey, Taylor Swift, Lady Antebellum, Bruno Mars and Aerosmith. She talked about her band from her home in Arcadia where she was dog sitting. She ordered the dogs out of her bedroom before continuing the conversation.

“We play a little bit of everything, even some Top-40 stuff,” Greenland said. “I was excited because somebody who recently joined our band said that he had turned down offers to play country before but loved our set list. He said that he loved what we play and he found it exciting. That’s nice to hear because I try to make our music interesting.”

Fans of Greenland’s band can hear her perform at 7 p.m. Friday and Saturday at Joe’s Honky Tonk, 2023 First Ave.

For the past six months, Greenland avoided playing for large groups. She has played some private parties.

“It’s been so tricky,” she said. “A lot of places will book us and then have to cancel. We did some private gigs including a pasture party. The guy said, ‘You know what, we’re outdoors and we’re doing this. We don’t care if anyone shows up, we’re having this party.’ It’s just been so weird. Somebody asked me to play in June and I said, well, I just don’t know.”

During the summer, a county fair booked Greenland’s band and she became ill.

“I got corona that week,” she said. “Are you kidding me? I was so excited to play that show. It seems like it’s just one thing after another. We’d been really careful with the band so nobody else came down with it besides me.”

Her husband also contracted COVID-19, although neither of them suffered severe effects.

“It just sucked,” Greenland said. “But all that makes me even more excited to perform. Even though we’ve had a few gigs, it feels like it’s been forever since we played. I always love to play, but with kids and life and all, I started thinking maybe I shouldn’t do this anymore. But now I decided that I want some gigs on the books, I want to play. Getting sick helped me prioritize some things.”

She needed to find more balance in her life — a life that included music and family.

“We stopped playing at bars, mostly because of the hours and the money,” Greenland said. “But Joe’s Honky Tonk has always been special. We’ve held on to that one and Pla Mor Ballroom in Lincoln. People want to come and dance at Joe’s and there’s a different appreciation there.”

She started her first band at 18 and now, 20 years later, still tries to figure out the business of making music.

“I went to Nashville every month for two years,” Greenland said. “The trickiest part is realizing that what I wanted didn’t really exist. Figuring out the business was hard. I was told I would be in awe of the talent. And there was talent to be ‘in awe’ of, but Nashville attracts everybody.”

She quickly realized that not everybody in Nashville was accomplished at music.

“And not everybody who is successful is good,” Greenland added. “And it really didn’t matter. I had a pending record deal and we had two meetings. They had never heard me sing live nor did they care to. Are you kidding me? They said they knew what they needed to know. My shows are where I shine, but they didn’t care. This is insane.”

Realizing that superficial nature of the music business jarred Greenland and made her re-evaluate her place in music.

“I still love writing music and I love a lot of the people I met in Nashville,” she said. “I still communicate with them and write with them, but yeah, it was hard realizing that it didn’t really exist the way I thought it did.”

For Greenland, moving to central Nebraska from Lincoln, where her band is still based, helped her address the balance between family, life and music. For two nights in Kearney this weekend, she will get to give her music a little long-needed attention.

When: 7 p.m. Friday and Saturday

Buckner described the Goldmark sonata as an “unknown work.”

KEARNEY — Brooks Hafey confessed a few secrets about playing the piano solos in “Carnival of the Animals” by Camille Saint-Saën.

Country star Mac Davis, who launched his career crafting Elvis Presley hits and was inducted into the Songwriters Hall of Fame in 2006, has died at 78.

Sheila Greenland and her band will perform at 7 p.m. Friday and Saturday at Joe’s Honky Tonk. Managing her desire to make music with her family life — and the coronavirus — takes a lot of effort, something that Greenland finds worth the struggle. “I decided that I want some gigs on the books, I want to play,” she said.