Coronavirus update: US retail sales regain pre-virus level but slowdown is likely. Get caught up. 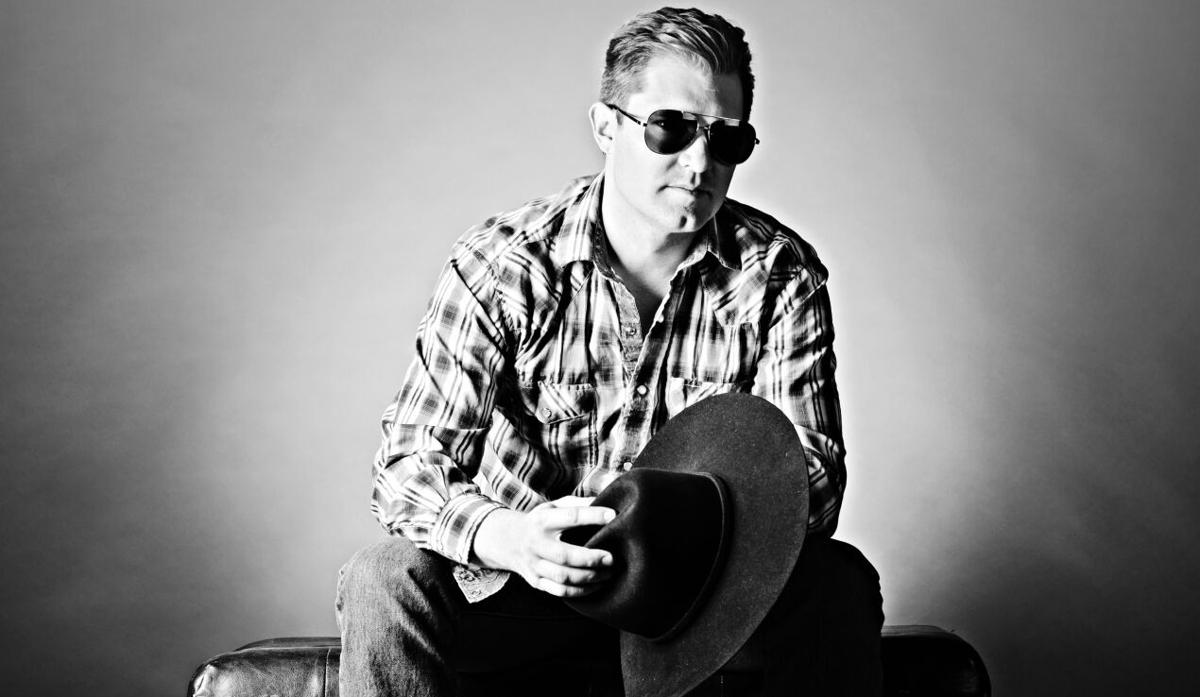 Luke Mills and the Highway Drifters will perform a show of prime country at 8 p.m. Saturday at the Ravenna Golf Course in Ravenna. Admission to the show is free. 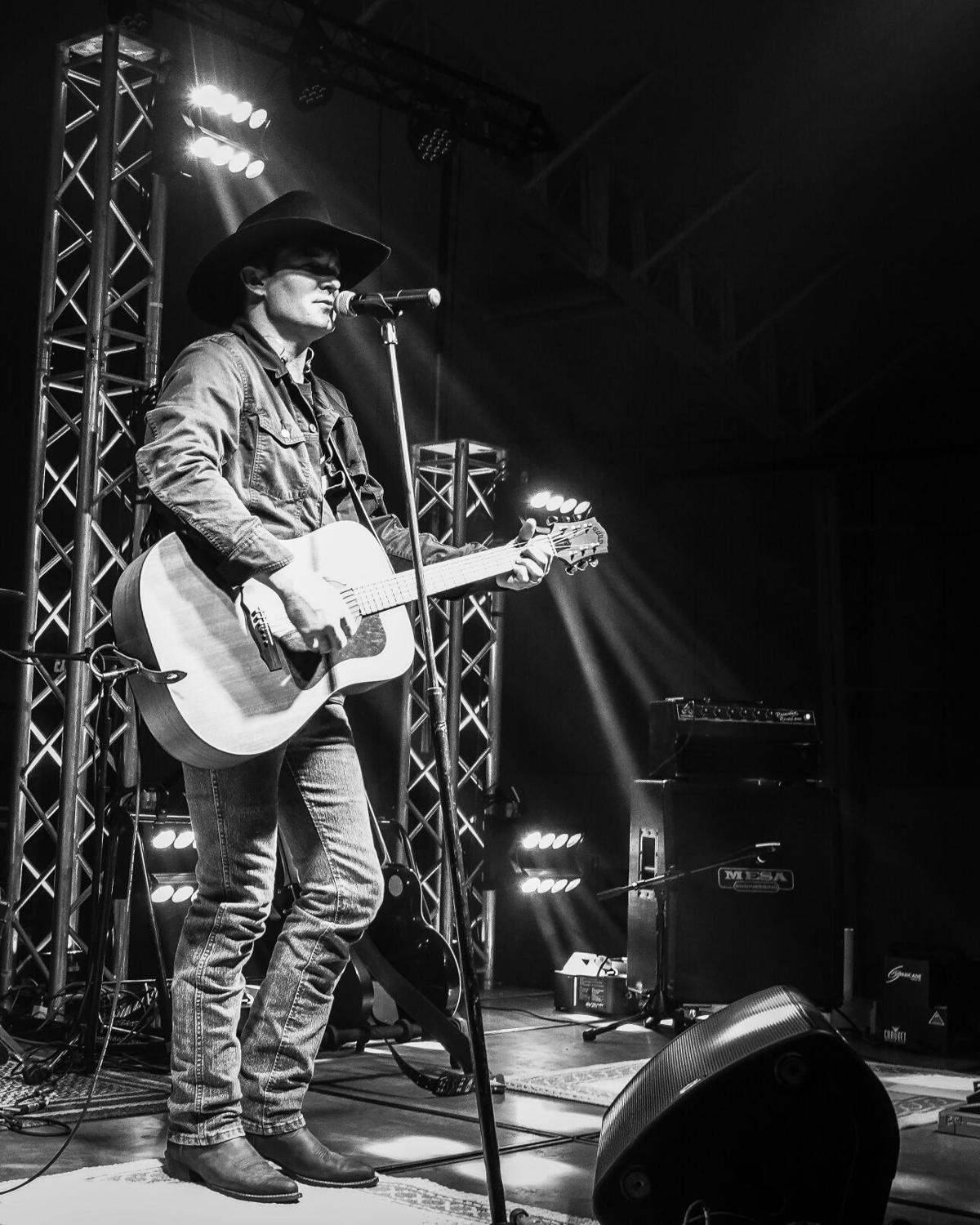 “We do a little bit of Keith Urban and then we’re doing an old George Strait song and even go back as far as Marty Stuart,” said Mills. The band’s primary focus is performing original music.

Luke Mills and the Highway Drifters will perform a show of prime country at 8 p.m. Saturday at the Ravenna Golf Course in Ravenna. Admission to the show is free.

“We do a little bit of Keith Urban and then we’re doing an old George Strait song and even go back as far as Marty Stuart,” said Mills. The band’s primary focus is performing original music.

RAVENNA — Luke Mills and the Highway Drifters performs a wide range of music in the style of prime country, with one caveat — the members put their own stamp on the sound.

“My songs get played on country radio,” Luke Mills said while taking a break from his day job. “My music has a little bit of the ’80s or ’90s flair to it, what they call prime country sound. Of course, we’ve adapted with modern writing and modern sounds on the actual recordings. When we play live, it sounds more like a rock show with an old country flair to it.”

“We pull out all sorts of stuff just to keep the crowd entertained,” he said. “We do a little bit of Keith Urban and then we’re doing an old George Strait song and even go back as far as Marty Stuart. But we’re not a cover band. We put our own spin on those old songs because people do like to hear them. And then half way through the set we pull out a couple rock ‘n’ roll tunes. We do two Def Leppard songs as kind of a throwback.”

Central Nebraska music fans can enjoy a performance of Luke Mills and the Highway Drifters at 8 p.m. Saturday at the Ravenna Golf Course, 1117 Alba Ave., Ravenna. Admission to the show is free. The event also will feature food trucks.

The concert is part of a daylong celebration, a sort of supplement for the community in lieu of the cancellation of Ravenna’s annual festival, Annevar.

During the past several years, Mills and his band have opened for Chris Janson, Lee Brice, Dustin Lynch and DAN + SHAY.

“We’ve been performing in front of those guys on their shows and tours,” Mills said. “We really push our own music as much as we possibly can. That’s been helping get our own stuff on the radio. Hopefully, not too much longer, we won’t have to be doing a lot of other people’s songs. The goal is to get our own songs out there.”

Opening for major acts gives Mills an opportunity to learn.

“The things I’ve learned the most isn’t what you see on stage,” he said. “Some of it is, of course, but I’ve learned a lot about what happens behind the scenes. It’s about being very organized with logistics and communication. As far as the performance side goes, what we’ve really learned is how to bring more value to the event.”

That can mean making it easier for the promoter by providing professional staging equipment.

“We’ve created our own package and we have some management that helps a venue or promoter make the best of the event so it’s successful, not for us to just have a good crowd, but it makes the promoter and the people coming to the event feel like they’ve been a part of something special.”

Mills used the word “professionalism” when he talks about his music and his performances. The band tours with lighting equipment that helps project a professional feeling, something that shows the Luke Mills and the Highway Drifters is more than just a bunch of guys jamming in a garage.

“There are a lot of rehearsals that go into that,” Mills said. “We take pride in making the entire show flow with specific moments that people can relate to. We talk to the crowd. Some of the guys in the band will do things with the crowd. We’re not there just to get attention for ourselves. We’re there to make people feel like they’re getting their money’s worth.”

Mills expanded the name of his band to the Highway Drifters as a way to differentiate his solo work from his performances with the ensemble.

“I was always a big fan of Tom Petty,” Mills noted. “I loved how there was ‘Tom Petty and the Heartbreakers.’ When I do a solo show or maybe I go to Ohio or L.A. and do a show by myself and they supply a band, then it’s just Luke Mills. Whenever we have the full band, it’s Luke Mills and the Highway Drifters. They are turning into their own band, as well.”

Once Mills and the Drifters get on stage, they look to keep the show tight and true to the music.

“The most important thing to me is that the band is performing correctly,” he said. “I say that with a grain of salt because no human being is going to play a perfect show, ever. There are going to be things that get missed. Things will happen beyond our control. So playing a professional show means performing to the best of our ability. And when something does go wrong, we can keep our composure and we can turn it around and do something positive on the spot. The guys and I do that every time because something always goes wrong.”

Movies in a Minute: 'Boys State'