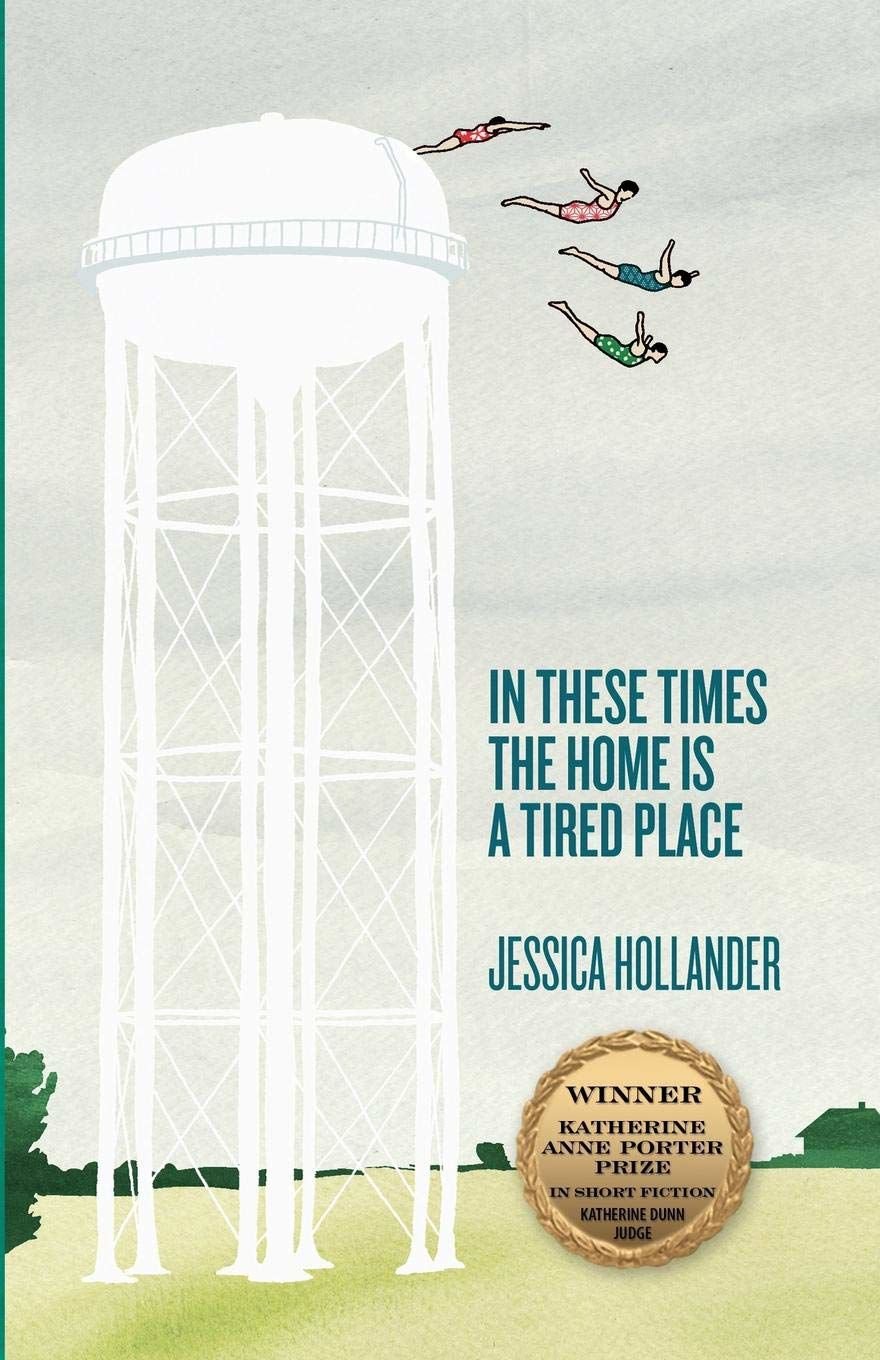 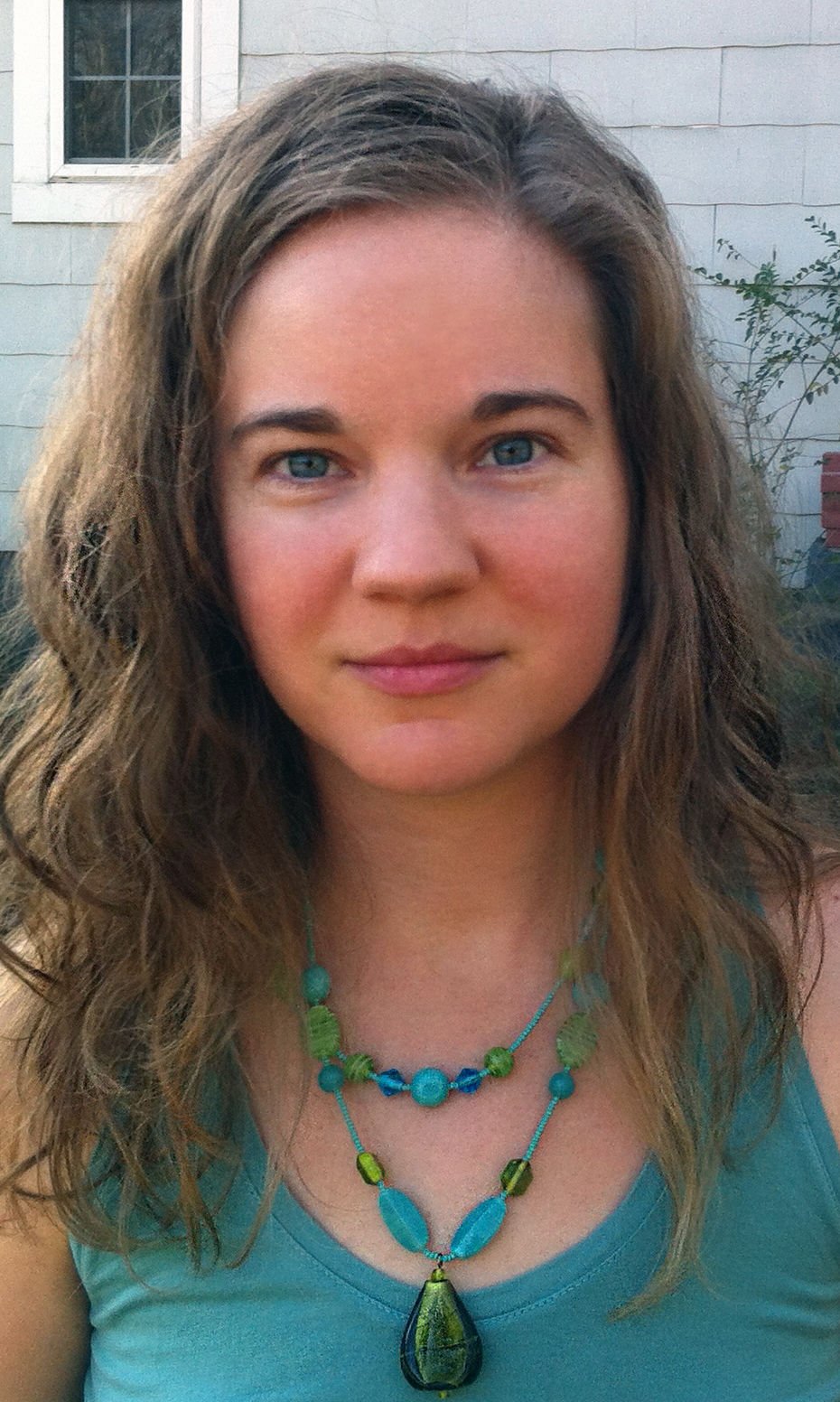 KEARNEY — Kearney author Jessica Hollander finds exploring a sense of “place” highly important in her work for one compelling reason.

“I think all of my stories explore this struggle that people (aka I) have in accommodating what is idealized by our culture, partly because there are so many conflicting narratives,” Hollander wrote in an email interview. “We are encouraged to get married and have kids, but that’s also seen as ‘traditional’ and uncool. We feel judged if we have kids (we’re contributing to global warming, ruining people’s pleasant meals/plane rides) as much as if we don’t have them (we’re narcissistic, selfish, cheap).”

Her current work delves into the places we occupy, both physical and psychological.

“I’ve written about my own experiences visiting or hearing about glorified locations like Seattle and Disney World and also about culturally encouraged conditions like pregnancy and motherhood,” she said. “I’m thinking, too, about what I see as impossible to attain idealized states of being, like ‘happiness’ or ‘stability’ or the so-called ‘presence’ of the so-called ‘awakened’ parent. I’m interested in our/my struggles to reconcile inevitable shortcomings of a place, lifestyle, state of mind, or identity with what we perceive our culture has promised.”

Hollander will share her stories as part of the Front Porch Reading Series presented by Prairie Art Brothers at 7 p.m. Tuesday at the G.W. Frank Museum of History and Culture. Brad Modlin, Reynolds Chair of Poetry, also will read at the event.

Admission to the reading is free.

Hollander cites Disney World as an example of creating messages that conflict. The theme park often is considered magical by some people while others view it as what she calls “disgustingly consumer-centered.”

“People who vacation there are both envied and scorned, probably by the same people at the same time,” she noted. “I think I’ll always be interested in how the individual navigates this kind of contradiction-filled cultural terrain.”

Hollander grew up in Ann Arbor, Mich., a place she called a progressive city with lots of interesting residents.

“I went to an alternative high school where there were kids with green mohawks and interesting piercings, and every other person was in a band or painted or wrote poetry,” she said. “My own parents were book artists and owned a paper and book arts store in a historic district, Kerrytown Mall, across from my high school. Kerrytown was basically our school’s ‘cafeteria,’ as we didn’t have an actual cafeteria, and the school gave us a whole hour for lunch so we got to loiter around town.”

As a high school student, Hollander looked at her community as a resource.

“The most unique part of the school was that we could earn ‘community resource credits,’ which meant that we were able to get credit hours in pretty much any way we could scheme up. One of my friends got gym credit for riding his bike to school every day. My mom taught me ‘cooking,’ and working for my parents allowed me to earn credits for learning about small business.”

Her interest in writing emerged during her final year of her undergraduate classes at the University of Michigan, although she credits her high school experiences as creating a groundwork for her writing career.

Hollander published a collection of short stories, “In These Times the Home is a Tired Place,” in 2013, winning the Katherine Anne Porter Prize in Short Fiction for her work. She currently teaches English at the University of Nebraska at Kearney.

Hollander and her husband moved to central Nebraska from Alabama five years ago. She now uses Nebraska as an integral part of her storytelling.

“Setting is so often considered one of those background literary strategies, just scenery and filler,” she said. “It often goes unnoticed. But whether readers notice or not, setting is something that really drives my writing in terms of mood, conflict and character. I find myself only able to write about the place I currently live in — so I don’t ever set my stories now in Michigan or in Alabama. When I lived in those places, my stories were set there. But now I always write about Nebraska.”

Her view of Nebraska comes from an outsider’s perspective.

“I don’t pretend to know the landscape inside and out, as someone who’s lived here their whole life,” she said. “But I am curious about — and drawn to — this landscape in my writing. I like the flatness and the farmland, the trains, the bike/run path. It’s a good place to get meditative.”

The sense of “place” that we all experience also often prompts us to try new places, new experiences, Hollander believes.

“I think so much of our experience in life is tied up with place, but we can, of course, only be in one place at one time,” she said. “So people have this urgency to travel and see new places. People want to move, believing they can try on new lives if they live somewhere else. And that’s part of why people want to read (and write) fiction: They want to try on a different life. They want to see what it’s like to live somewhere else and be someone else for a little while.”