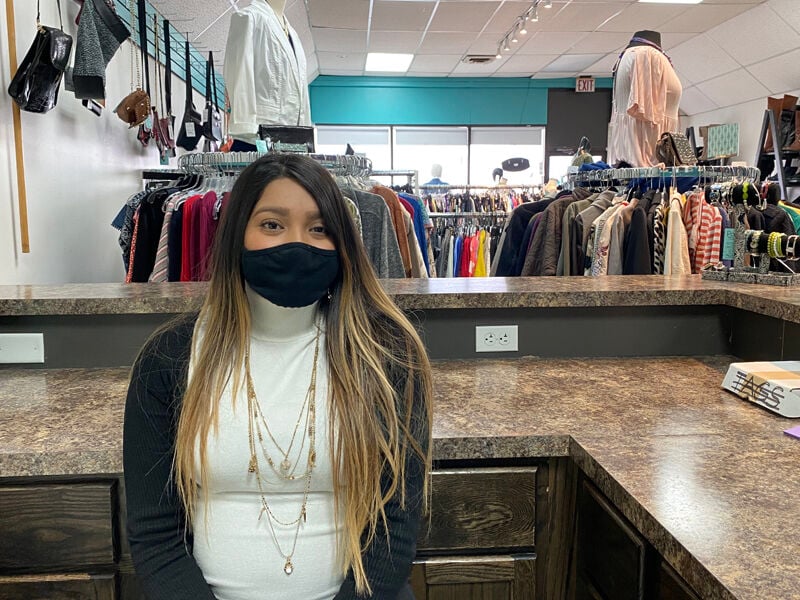 Posh and Posh Kids closed in September 2020 because of economic conditions created by the pandemic. The founder, Pasha Korber of Alliance, sold the business in Kearney to one of her employees, Yessenia Verduzco, seen here. 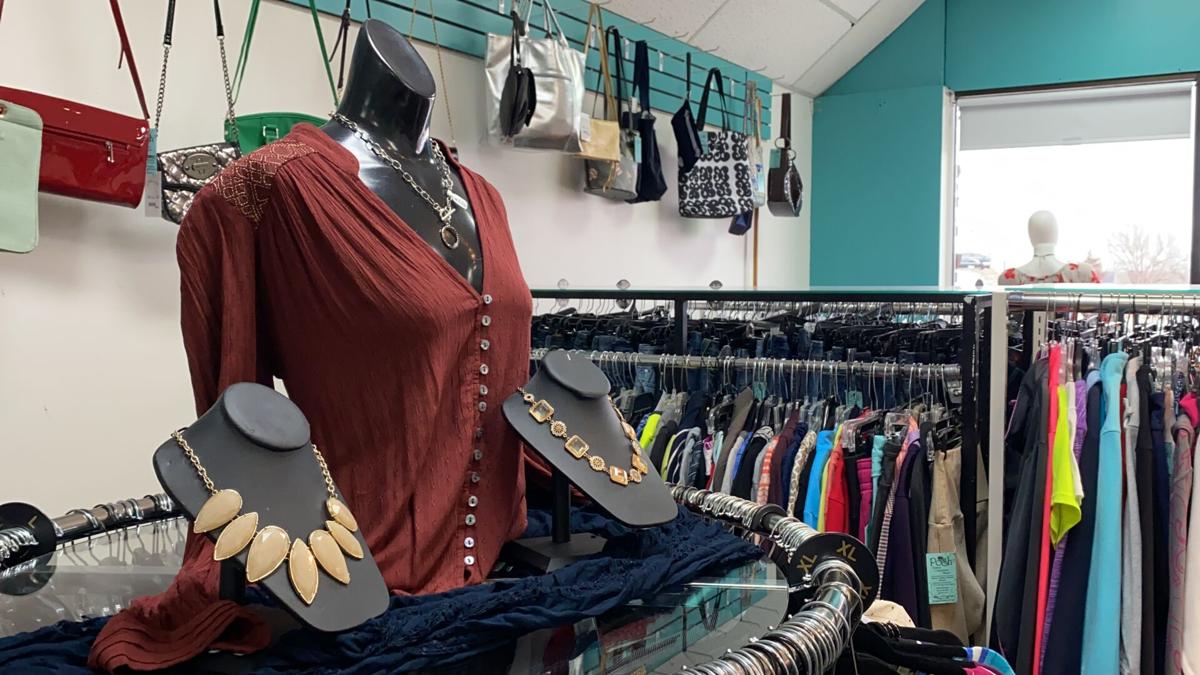 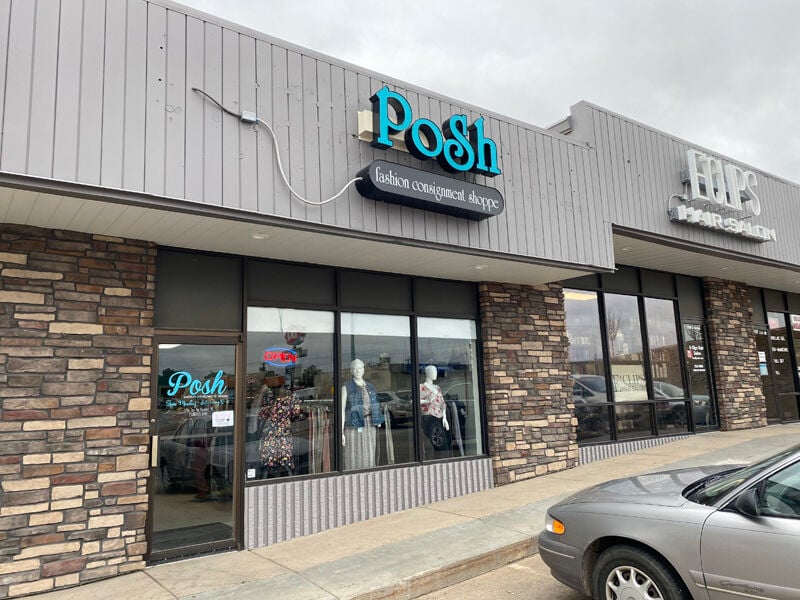 KEARNEY — The consignment store, Posh, is making a comeback in Kearney with a new owner.

Pasha Korber, founder of the original store at La Vista Pointe Mall in north Kearney, closed the store in September due to COVID-19.

“The pandemic hit and that changed everything,” Korber said. “I found myself one day sitting down and having to make the decision, ‘Do I write paychecks or do I write rent checks?’ And that’s when I knew that the business was out of balance in the location we were at.”

Korber started Posh in Alliance as a side business in April 2011 and opened the shop as her main business in February 2016. The founder calls herself the “OG Posh girl” and described her business as a “big treasure chest of fabulous clothing.”

As of January 2020, Posh had six locations, in Sydney, Chadron, two in Kearney and two in Alliance. She established Posh and Posh Kids in Kearney and Alliance. By October, the two stores in Alliance were the last of the Posh chain to remain open due to financial struggles brought on by the pandemic.

In Kearney, Korber closed the Posh Kids store and sold Posh to Verduzo.

“Selling it to Yessenia was wonderful because she was interested in becoming a business owner, but also because she had worked at Posh and understood, and really picked up the concept of the consignment industry and how to offer consignment services,” Korber said.

The business remains the same beyond the changes in ownership, name and location.

“We’re running off the same software, and the actual account numbers and stuff have not changed,” said Verduzo. “Anyone that had a previous account with us, has an account with us again, and they don’t have to re-sign up or get all the paperwork done. We have the same rules, same expectations for Posh as what Pasha had.”

The store offers a variety of purses, boots, jewelry and women’s clothing for sale.

Posh Shoppe is open 10 a.m.-6 p.m. Monday through Saturday for shoppers and those bringing in consignment goods. The store will begin accepting spring clothes on Jan. 21.

“So that’s something customers can start looking forward to,” she said.

“I was very happy to be able to have Posh continue because there is a market for it and our consigners have loved it and enjoyed it and have reaped the benefits of consignment as well,” said Korber. “And to have somebody who knew what she was doing, made it a very smooth transition.”

Covid Vaccinations and the Pursuit of Herd Immunity

Enrollment at US community colleges plummets amid pandemic, and other top stories in business from February 21, 2021.

Enrollment at US community colleges plummets amid pandemic, and other top stories in business from February 21, 2021.

With a weekly newsletter looking back at local history.

In Lincoln, increases are expected to be linked solely to increased usage, not rate hikes.

Despite COVID-19, Nebraska's banks had record profits in 2020

State banks made a combined $297 million in the fourth quarter and $1.032 billion for the year.

This week's money tips: 3 habits to carry forward from the pandemic era

Also, check out more of this week's best personal finance reads from experts at NerdWallet, Forbes and The Motley Fool, as well as our new podcast, PennyWise.

With the purchase, Tractor Supply Co. has acquired a company that operates 167 stores in 11 Midwest states, including Nebraska. There are locations in Lincoln, Crete and Beatrice, as well as seven other Nebraska cities.

Avoid This One Thing to Save $360,000 More for Retirement

Learning to self-manage your investments is an investment unto itself.

WASHINGTON (AP) — The Senate parliamentarian dealt a potentially lethal blow Thursday to Democrats’ drive to hike the minimum wage, deciding that the cherished progressive goal must fall from a $1.9 trillion COVID-19 relief bill the party is trying to speed through Congress, Senate Democratic aides said.

3 Stocks to Hold for the Next 20 Years

These stocks are a buy-and-hold investor's dream.

4 Simple Steps to Beating the Market in 2021 (and Beyond)

Consider these four strategies if you want to set up a stock portfolio that can beat the market.

For retirement income, stability and growth take priority over yield.

These Social Security Myths Could Sink Your Retirement

Buying into these three misconceptions could be downright disastrous.

Posh and Posh Kids closed in September 2020 because of economic conditions created by the pandemic. The founder, Pasha Korber of Alliance, sold the business in Kearney to one of her employees, Yessenia Verduzco, seen here. 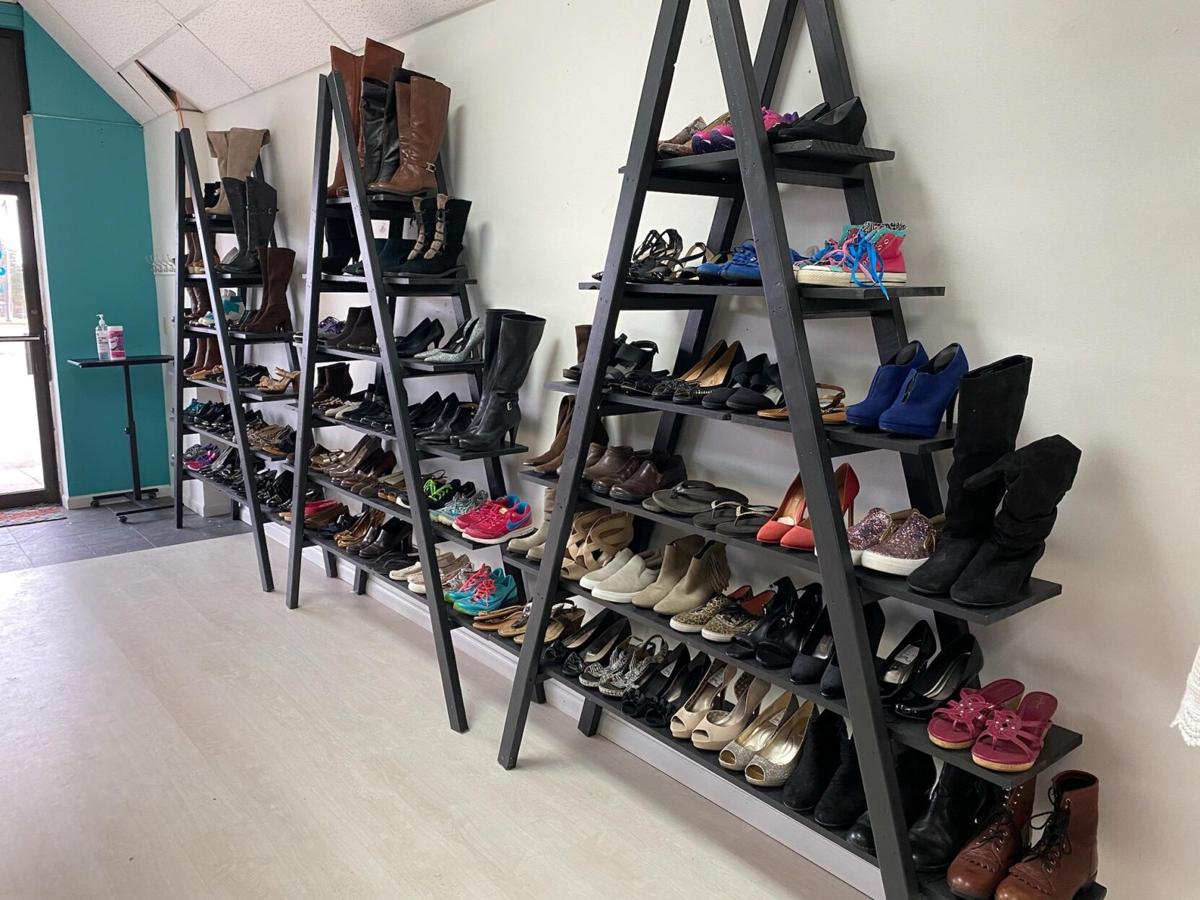 The new Posh Shoppe, previously named Posh, is located at 3706 Second Ave. in Kearney. Customers can shop or bring in consignment clothing from 10 a.m. to 6 p.m. Monday through Saturday.