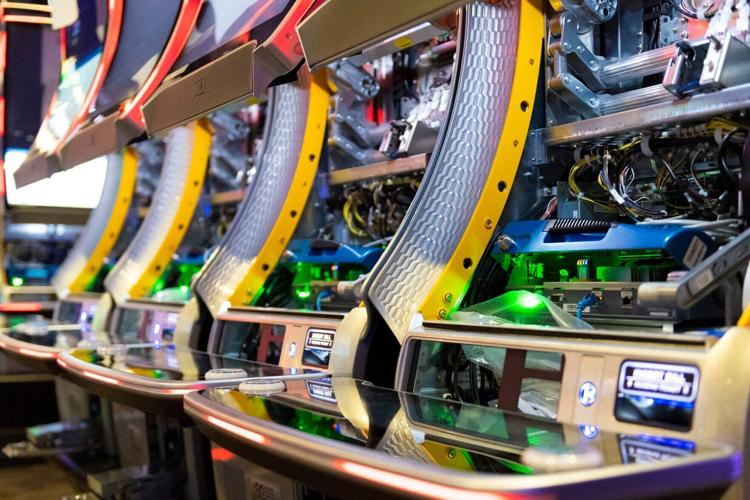 Crews are working this week to prepare the temporary casino floor at WarHorse Gaming. 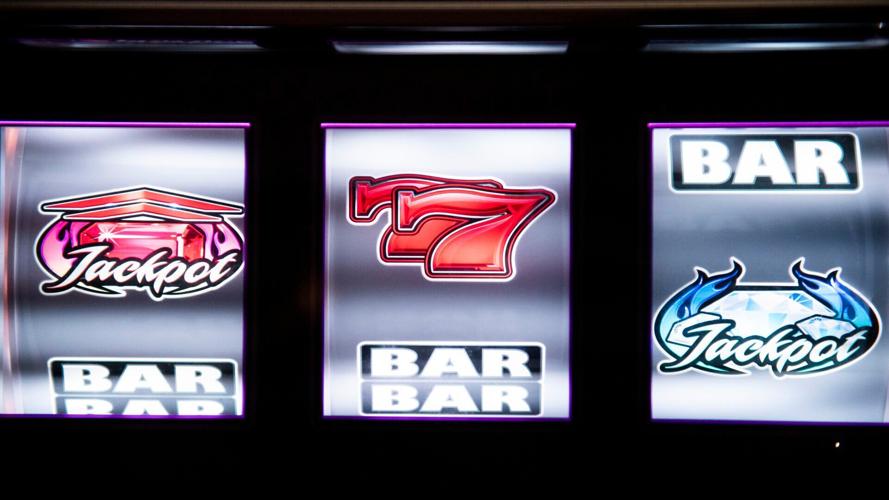 Nearly two years after voters approved casino gambling in Nebraska, slot machines are in place at WarHorse Gaming in Lincoln. The temporary casino is eyeing a September opening. 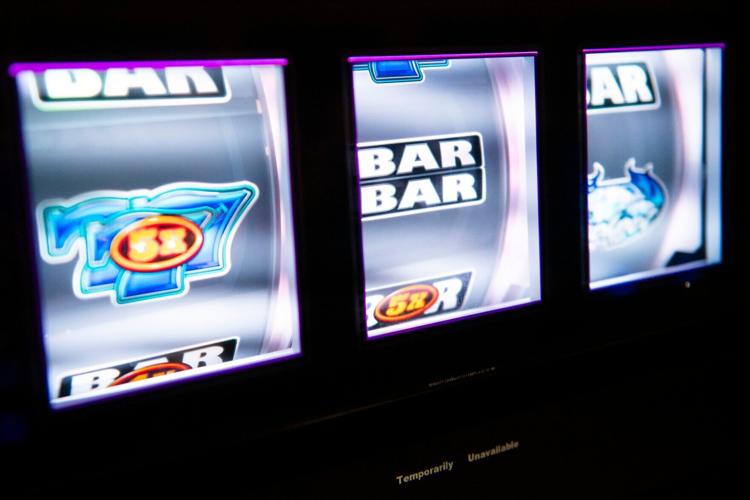 Nearly two years after voters approved casino gambling in Nebraska, slot machines are in place at WarHorse Gaming in Lincoln. 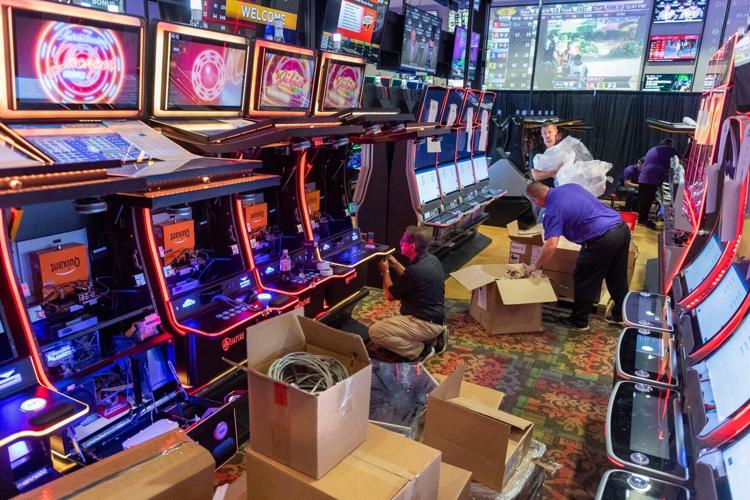 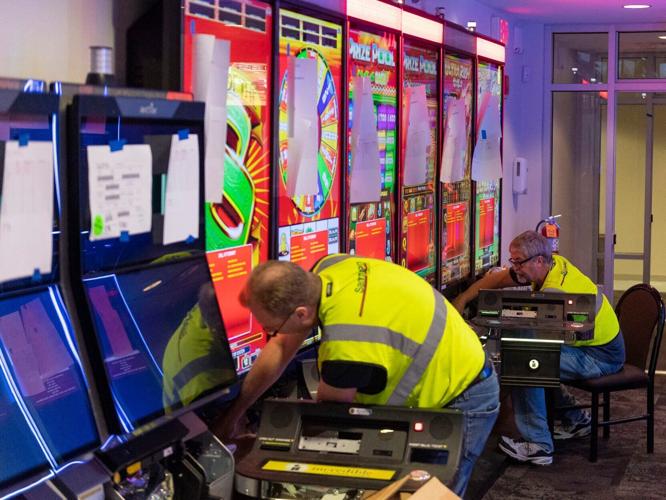 Officials say the temporary gaming floor at WarHorse Lincoln will be in place for 18-24 months while construction of a casino resort takes place. 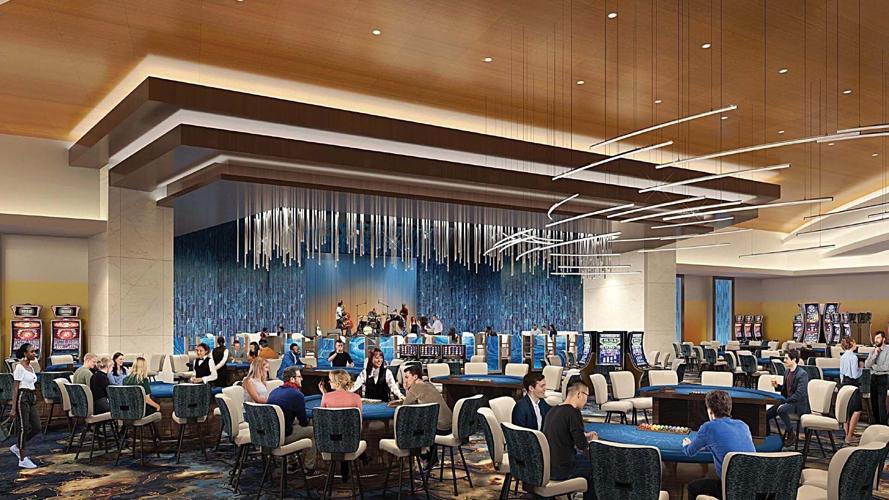 A look at plans for the casino resort at WarHorse Lincoln. Work on the permanent casino is expected to take 18 to 24 months.

Casino gambling in Nebraska will remain stuck at the gate for a bit longer.

The Nebraska Racing and Gaming Commission failed to vote Wednesday on granting the state's first permanent casino license for the WarHorse Casino in Lincoln, instead choosing to extend its provisional license for another 30 days.

The provisional license, which was first granted earlier this summer and allows WarHorse to do work necessary to get casino gaming up and running, does not allow it to actually offer gaming to the public.

However, Lynne McNally, CEO of the Nebraska Horsemen’s Benevolent and Protective Association, said she does not believe Wednesday's vote will throw a wrench into plans to have a temporary casino open in Lincoln by the middle of September.

The horsemen's group, which is partnering with WarHorse Gaming to open a casino resort at the Lincoln Race Course near U.S. 77 and West Denton Road, still plans to open a temporary casino with more than 400 slot machines on Sept. 19.

"I think it's going to be fine," McNally said after Wednesday's meeting.

WarHorse has apparently not completed several tasks that are required for it to get a permanent license, including testing its gaming machines. The commission also has not completed background checks on some of WarHorse's board members and at least one of its key executives.

Commission Director Tom Sage said the background investigations that have been done have found no red flags with WarHorse or any of its employees, and he saw nothing "that would preclude WarHorse from receiving a license."

Commissioners, however, decided it would be better to wait and make sure the necessary items get completed before granting the permanent license.

They voted unanimously to approve a 30-day extension of WarHorse's provisional license, with a suggestion that a permanent license could be approved at a September meeting if all necessary tasks are completed.

"I've been assured that that will happen," McNally said.

In addition to allowing WarHorse to open a temporary casino, a permanent license will allow it to move forward on construction of its casino resort, which will include more than 1,200 gaming stations, a 196-room hotel, event space, spa and several restaurants.

Construction of that is expected to take 18 to 24 months. Both the temporary casino and permanent space will be open 24-hours-a-day, seven-days-a-week.

In the meantime, the temporary Lincoln casino, whenever it opens, will likely have the Nebraska market to itself for at least a couple of months.

Fonner Park in Grand Island is planning to start construction on its own temporary casino after the Nebraska State Fair ends on Monday.

Fonner Park and its partner, Elite Casino Resorts, want to begin work next week on a temporary casino in the concourse of its existing grandstand, but the commission has not yet signed off on its plans.

Fonner Park is hoping to have its temporary facility open by mid-November, but it's not clear if that can occur if it isn't able to start work next week.

When Fonner Park CEO Chris Kotulak asked the commission Wednesday if it was OK to start work next week, he was told he would have to make that decision on his own.

"It's not our intention to slow walk anything," Commission Chairman Dennis Lee said.

WarHorse also is planning to open a temporary casino at Horsemen's Park in Omaha, but it will not do so until it completes renovations to the existing complex, a process that's expected to take about 10 months.

Columbus Exposition and Racing, which is partnering with Harrah's, is looking at the possibility of opening a temporary casino in its current home at Agricultural Park while a new casino and racetrack are built across town.

A number of details still need to be worked out, however, and officials have not said publicly when such an operation might open.

New Conestoga Mall managers Woodsonia of Omaha are planning a major $150 million to $200 million redevelopment of the Grand Island site.

The 22,000-square-foot store will open its doors at 10 a.m. at Nebraska Crossing in Gretna and offer three days' worth of grand opening events.

First Nebraska casino gets the greenlight, will open Saturday in Lincoln

DJ and Lindy Schmidt, who own The Market in Louisville, are set to open a location in Peru this week.

Watch now: Here's what to know before the first pull of a slot machine in Lincoln

Bosch Security Systems told employees earlier this month of plans to gradually transition work to other sites in the company by the first quarter of 2024.

16 products featured in 'Coolest Thing Made in Nebraska' tournament

A Kawasaki-made rail car and Virtual Incision's MIRA Surgical Robot are among 16 Nebraska products going head-to-head in the first-ever contest.

The city will charge participating fleets and drivers that use curbside loading zones monitored by Automotus' cameras — areas referred to as "smart loading zones." Most of the zones are downtown.

According to the Nebraska Department of Labor, the state's unemployment rate was 2.1% in August, which was up from 2% in July but down from 2.5% in August 2022.

The new contract allows the airport to brand itself as the official airport of Husker Athletics, meaning no other airport in the state can partner with the Huskers. 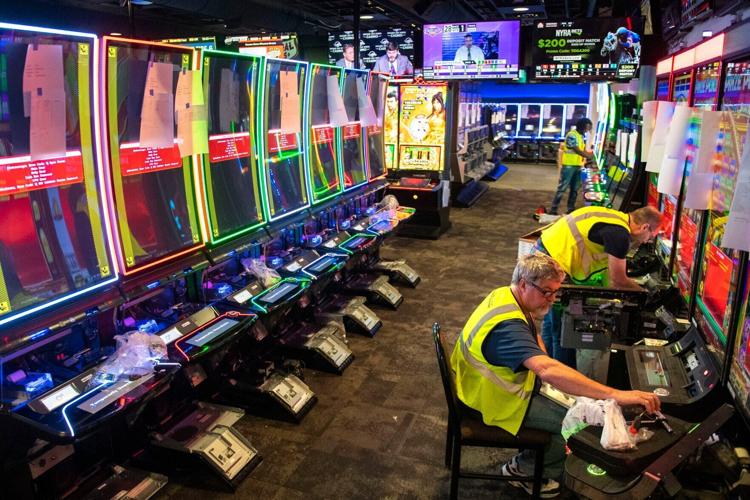 Crews are working this week to prepare the temporary casino floor at WarHorse Gaming.

Nearly two years after voters approved casino gambling in Nebraska, slot machines are in place at WarHorse Gaming in Lincoln. The temporary casino is eyeing a September opening. 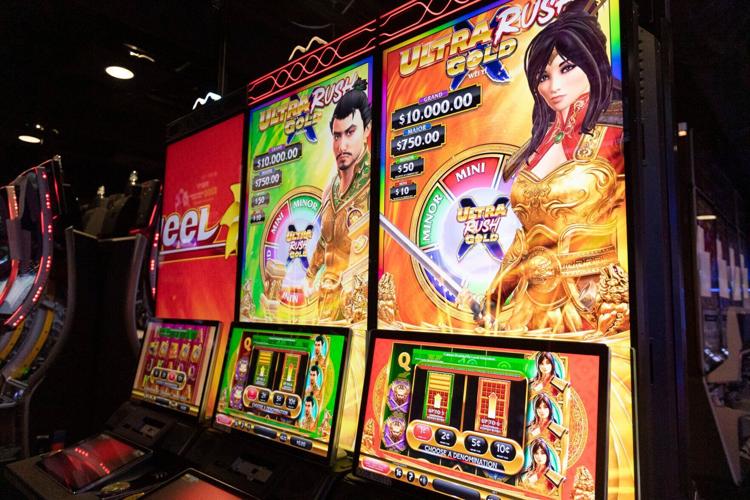 The temporary casino at WarHorse Lincoln will include 433 slot machines. Officials hope to open the space in September.

Nearly two years after voters approved casino gambling in Nebraska, slot machines are in place at WarHorse Gaming in Lincoln.

Officials say the temporary gaming floor at WarHorse Lincoln will be in place for 18-24 months while construction of a casino resort takes place.

A look at plans for the casino resort at WarHorse Lincoln. Work on the permanent casino is expected to take 18 to 24 months.